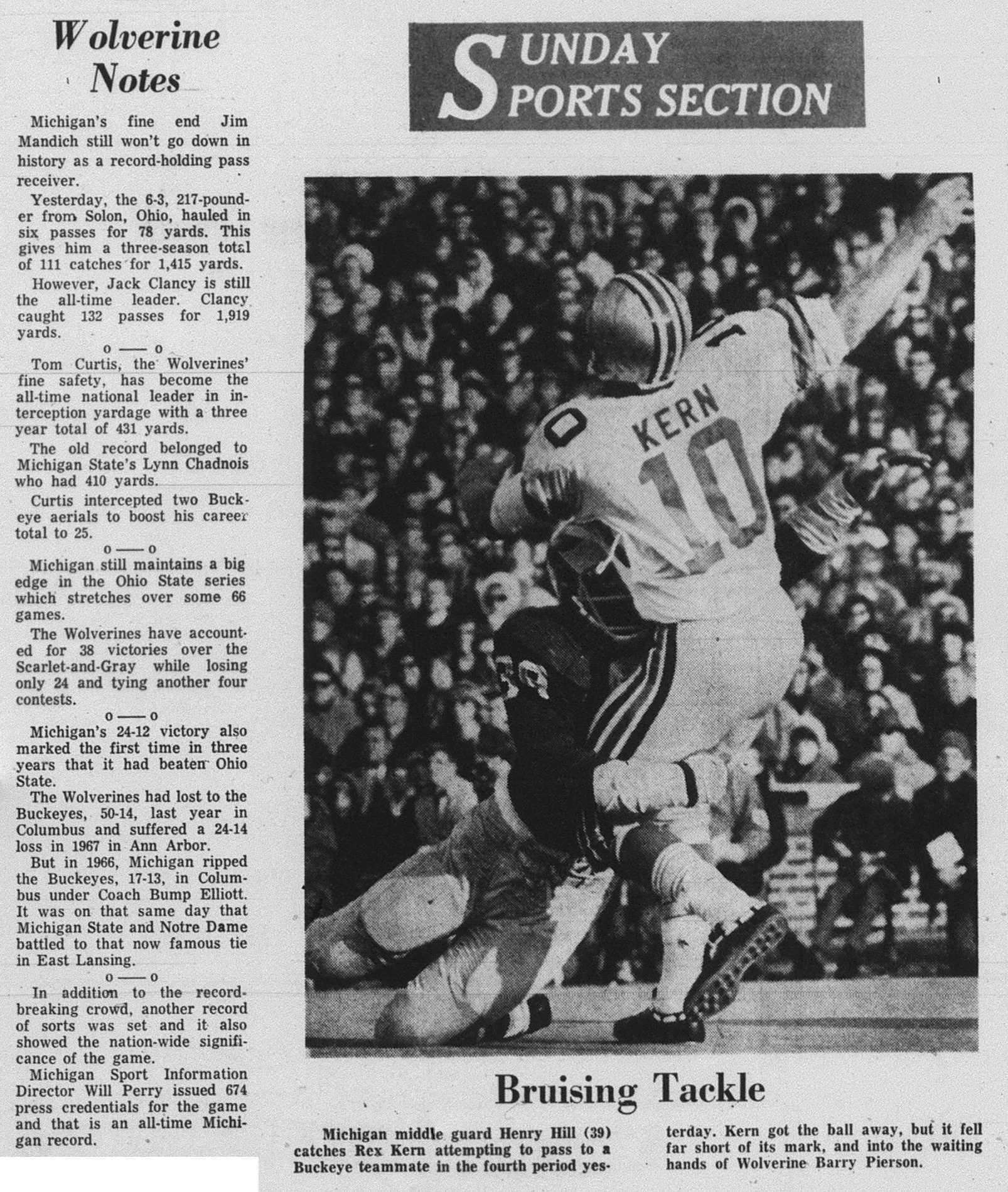 However, Jack Clancy is still the all-time leader. Clancy caught 132 passes for 1,919 yards.

Tom Curtis, the Wolverines’ fine safety, has become the all-time national leader in interception yardage with a three year total of 431 yards.

The old record belonged to Michigan State’s Lynn Chadnois who had 410 yards.

Michigan still maintains a big edge in the Ohio State series which stretches over some 66 games.

The Wolverines have accounted for 38 victories over the Scarlet-and-Gray while losing only 24 and tying another four contests.

Michigan’s 24-12 victory also marked the first time in three years that it had beaten Ohio State.

But in 1966, Michigan ripped the Buckeyes, 17-13 , in Columbus under Coach Bump Elliott. It was on that same day that Michigan State and Notre Dame battled to that now famous tie in East Lansing.

In addition to the record-breaking crowd, another record of sorts was set and it also showed the nation-wide significance of the game.

Michigan Sport Information Director Will Perry issued 674 press credentials for the game and that is an all-time Michigan record.

PHOTO CAPTION: Bruising Tackle: Michigan middle guard Henry Hill (39) catches Rex Kern attempting to pass to a Buckeye teammate in the fourth period yesterday. Kern got the ball away, but it fell far short of its mark, and into the waiting hands of Wolverine Barry Pierson.