Autopsy On Ross Is Not Complete 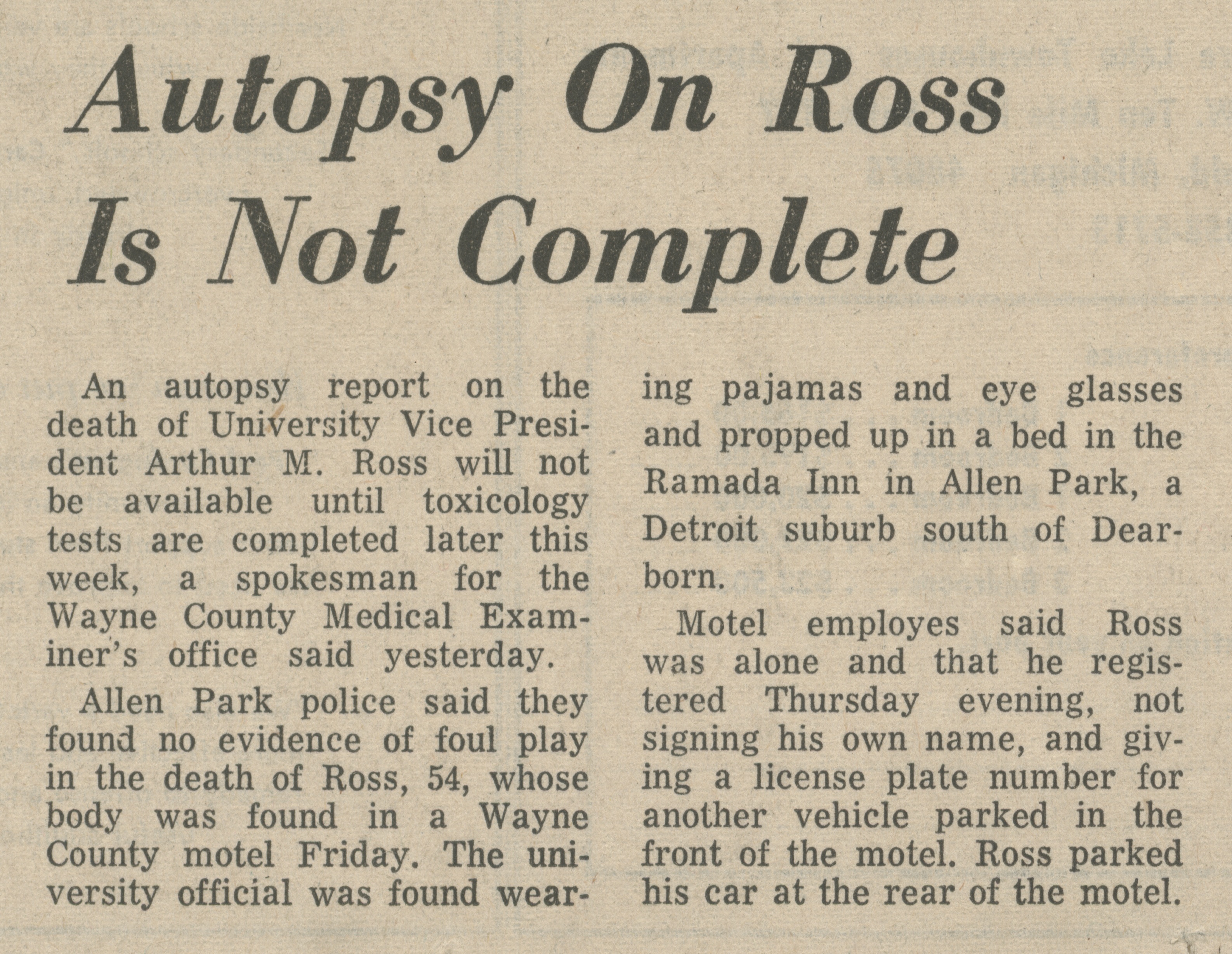 An autopsy report on the death of University Vice President Arthur M. Ross will not be available until toxicology tests are completed later this week, a spokesman for the Wayne County Medical Examiner's office said yesterday.
Allen Park police said they found no evidence of foul play in the death of Ross, 54, whose body was found in a Wayne County motel Friday. The university official was found wearing pajamas and eye glasses and propped up in a bed in the Ramada Inn in Allen Park, a Detroit suburb south of Dearborn.
Motel employes said Ross was alone and that he registered Thursday evening, not signing his own name, and giving a license plate number for another vehicle parked in the front of the motel. Ross parked his car at the rear of the motel.