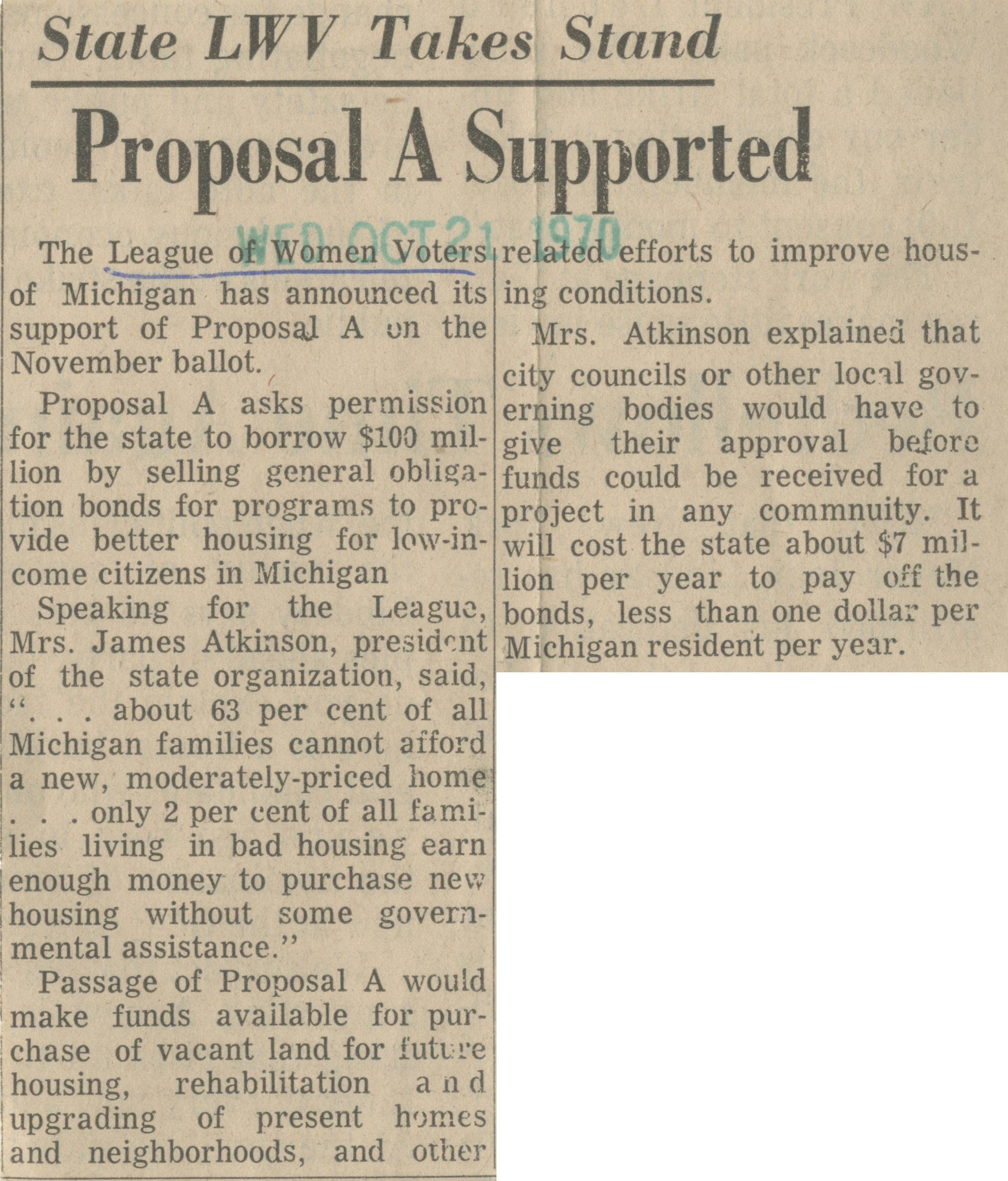 The League of Women Voters of Michigan has announced its support of Proposal A on the November ballot. Proposal A asks permission for the state to borrow $100 million by selling general obligation bonds for programs to provide better housing for low-income citizens in Michigan Speaking for the League, Mrs. James Atkinson, president of the state organization, said, '.'..'. abo.ut 63 per cent of all Michigan families cannot aiford a new, moderately-priced home . . . only 2 per cent of all families living in bad housiag earn enough money to purchase new housing without some govemmental assistance." Passage of Proposal A would make funds available for pur- chase of vacant land for future housing, rehabilitation and upgrading of present' homes and neighborhoods, and other related efforts to improve housing conditions. Mrs. Atkinson explaineá that city councils or other loc-ü governing bodies would have to give their approval beforc funds could be received for a project in any comranuity. It will cost the state about $7 million per year to pay off the bonds, less than one dollar per Michigan resident per year.