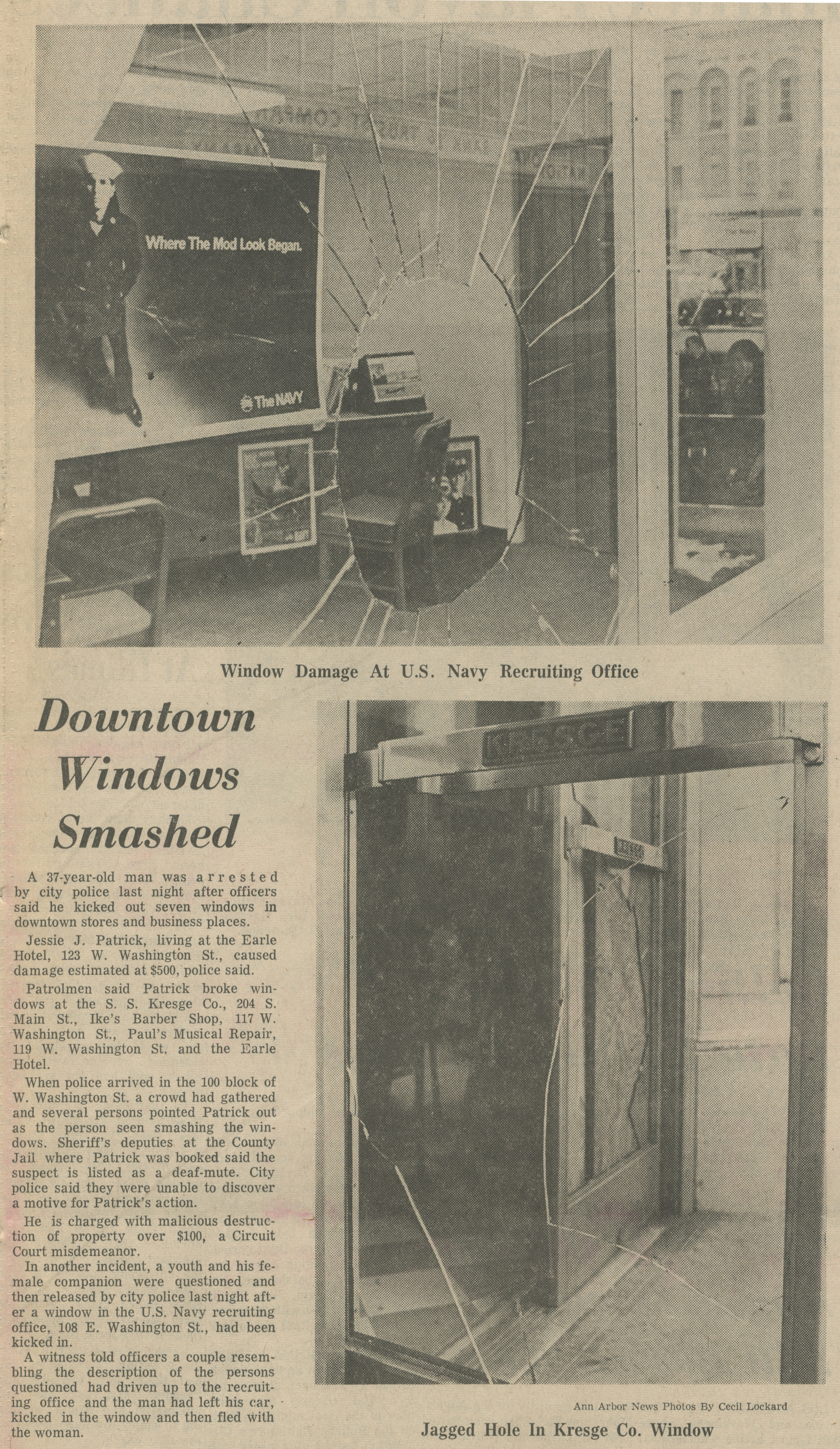 A 37-year-old man was arrested by city police last night after officers said he kicked out seven windows in downtown stores and business places.

When police arrived in the 100 block of W. Washington St. a crowd had gathered and several persons pointed Patrick out as the person seen smashing the windows. Sheriff’s deputies at the County Jail where Patrick was booked said the suspect is listed as a deaf-mute. City police said they were unable to discover a motive for Patrick’s action.

He is charged with malicious destruction of property over $100, a Circuit Court misdemeanor.

In another incident, a youth and his female companion were questioned and then released by city police last night after a window in the U.S. Navy recruiting office, 108 E. Washington St., had been kicked in.

A witness told officers a couple resembling the description of the persons questioned had driven up to the recruiting office and the man had left his car, kicked in the window and then fled with the woman.