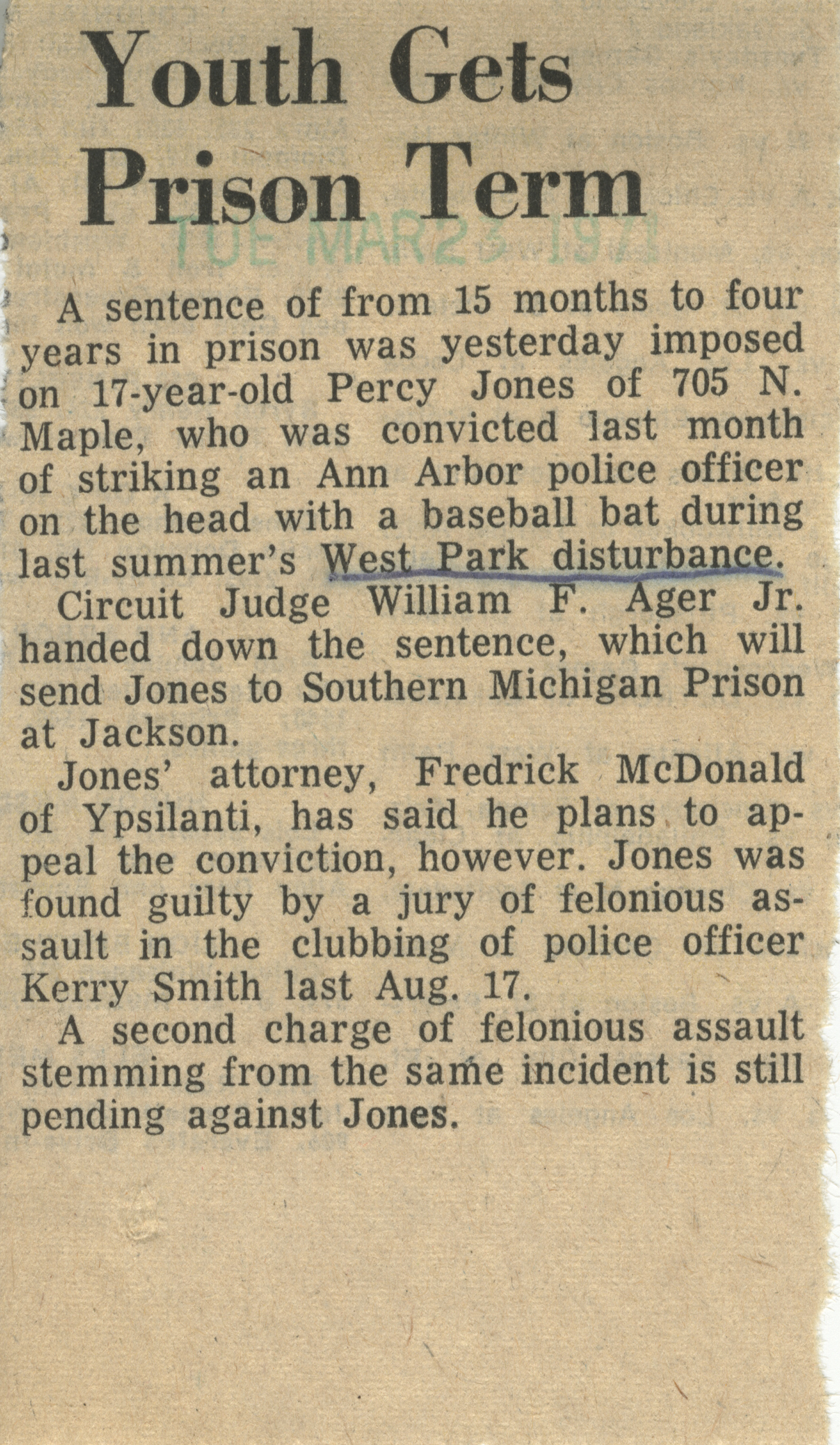 A sentence of from 15 months to four years in prison was yesterday imposed on 17-year-old Percy Jones of 705 N. Maple, who was convicted last month of striking an Ann Arbor police officer on the head with a baseball bat during last summer’s West Park disturbance.

Circuit Judge William F. Ager Jr. handed down the sentence, which will send Jones to Southern Michigan Prison at Jackson.

Jones’ attorney, Fredrick McDonald of Ypsilanti, has said he plans to appeal the conviction, however. Jones was found guilty by a jury of felonious assault in the clubbing of police officer Kerry Smith last Aug. 17.

A second charge of felonious assault stemming from the same incident is still pending against Jones.