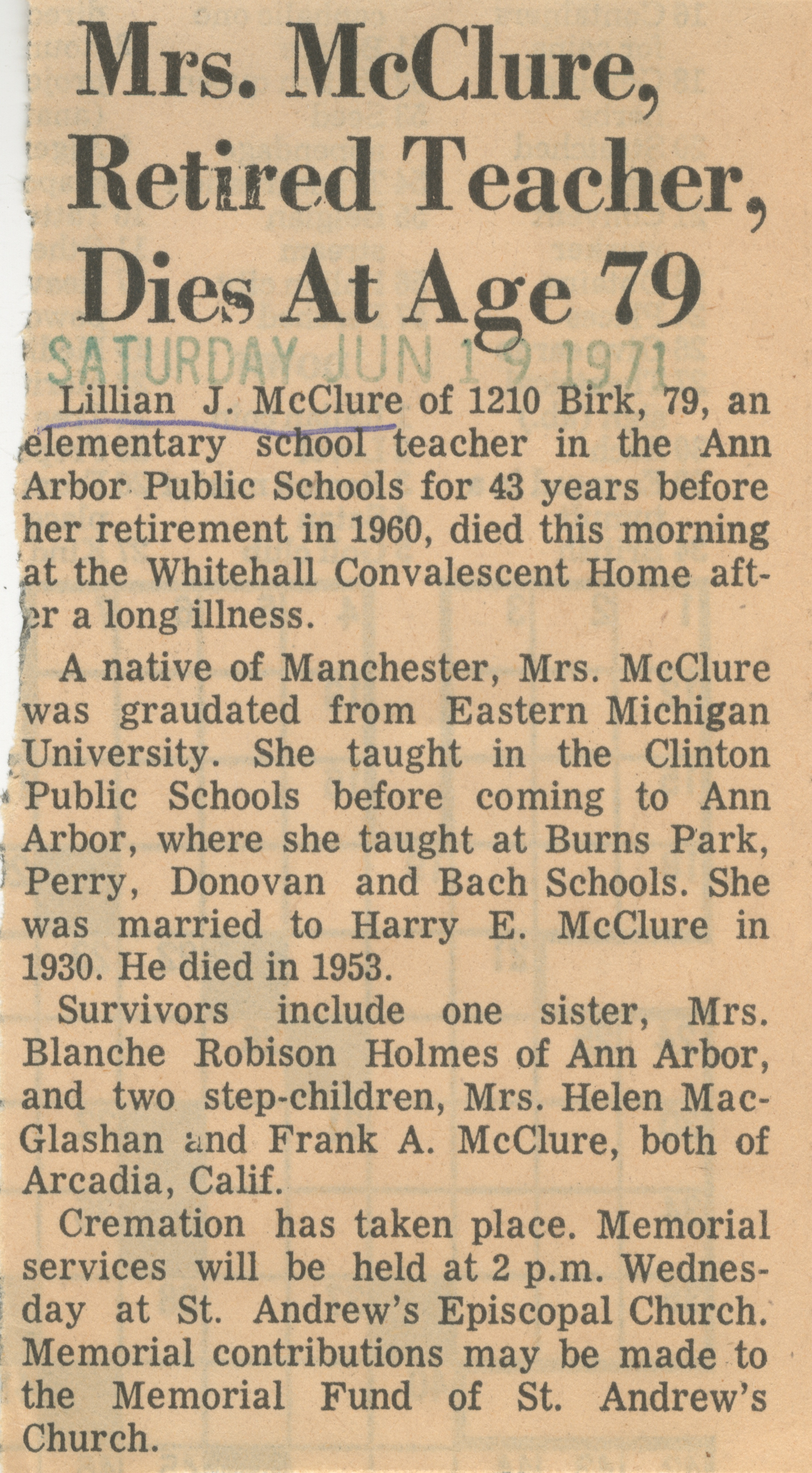 Lillian J. McClure of 1210 Birk, 79, an elementary school-teacher in the Ann Arbor Public Schools for 43 years before her retirement in 1960, died this morning at the Whitehall Convalescent Home after a long illness.

A native of Manchester, Mrs. McClure was graduated from Eastern Michigan University. She taught in the Clinton Public Schools before coming to Ann Arbor, where she taught at Burns Park, Perry, Donovan, and Bach Schools. She was married to Harry E. McClure in 1930. He died in 1953.

Survivors include one sister, Mrs. Blanche Robison Holmes of Ann Arbor, and two step-children, Mrs. Helen MacGlashan and Frank A. McClure, both of Arcadia, Calif.

Cremation has taken place. Memorial services will be held at 2 p.m. Wednesday at St. Andrew’s Episcopal Church. Memorial contributions may be made to the Memorial Fund of St. Andrew’s Church.