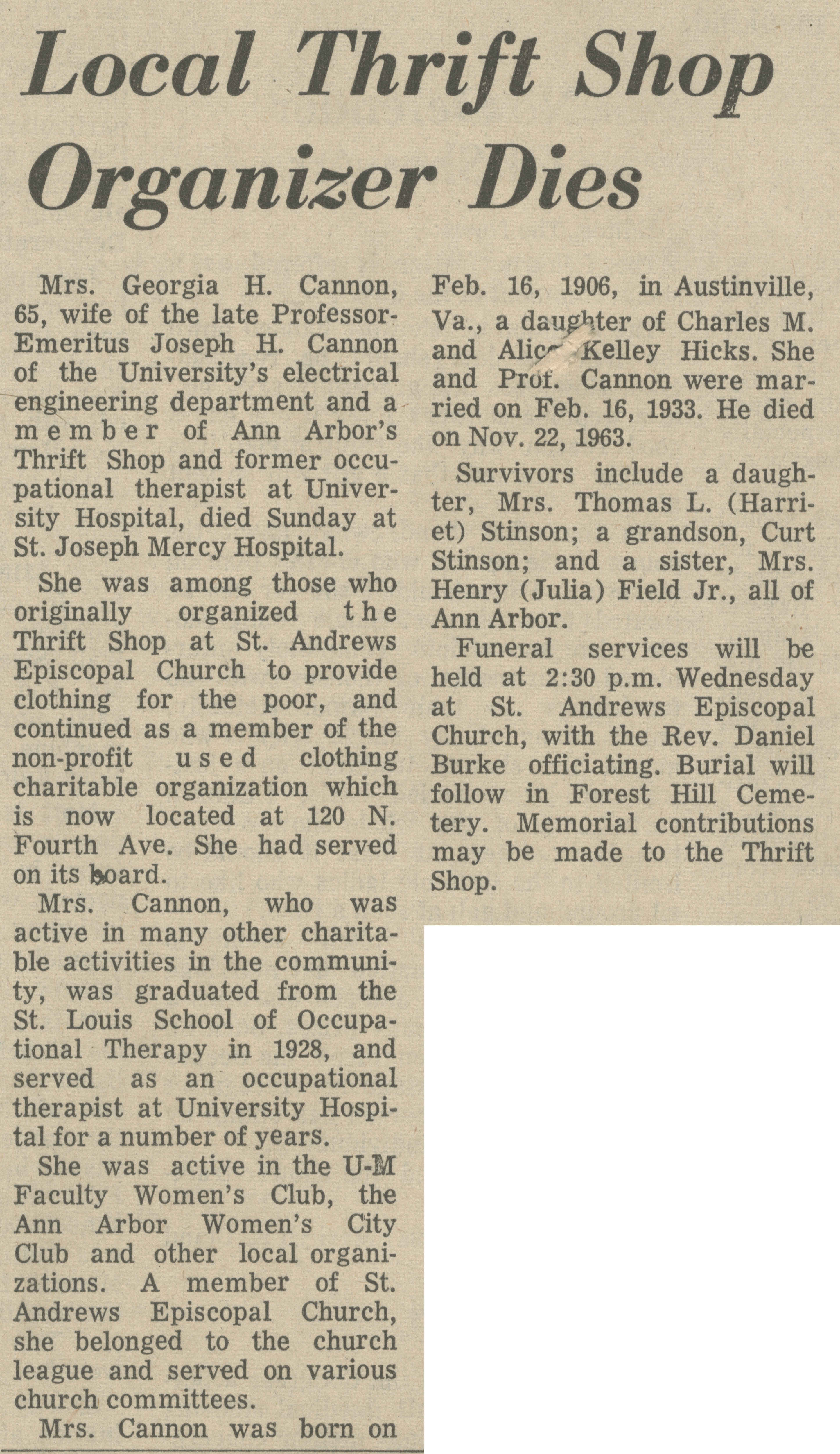 Mrs. Georgia H. Cannon, 65, wife of the late Professor Emeritus Joseph H. Cannon of the University's electrical engineering department and a member of Ann Arbor's Thrift Shop and former occupational therapist at University Hospital, died Sunday at St. Joseph Mercy Hospital. She was among those who originally organized the Thrift Shop at St. Andrew's Episcopal Church to provide clothing for the poor, and continued as a member of the non-profit used clothing charitable organization which is now located at 120 N. Fourth Ave. She had served on its board. Mrs. Cannon, who was - active in many other ble activities in the I ty, was graduated from the St. Louis School of tional Therapy in 1928, and served as an occupational therapist at University Hospital for a number of years. She was active in the U-M Faculty Women's Club, the Ann Arbor Women's City Club and other local organizations. A member of St. Andrews Episcopal Church, she belonged to the church league and served on various church committees. Mrs. Cannon was born on tff m Feb. 16, 1906, in Austinville, Va., a daughter of Charles M. and Alice Kelley Hicks. She and Prof. Cannon were married on Feb. 16, 1933. He died on Nov. 22, 1963. Survivors include a 1 ter, Mrs. Thomas L. I et) Stinson; a grandson, Curt I Stinson; and a sister, Mrs. Henry (Julia) Field Jr., all of Ann Arbor. Funeral services will be I held at 2:30 p.m. Wednesday at St. Andrews Episcopal Church, with the Rev. Daniel Burke officiating. Burial will follow in Forest Hill Cemetery. Memorial contributions may be made to the Thrift Shop.