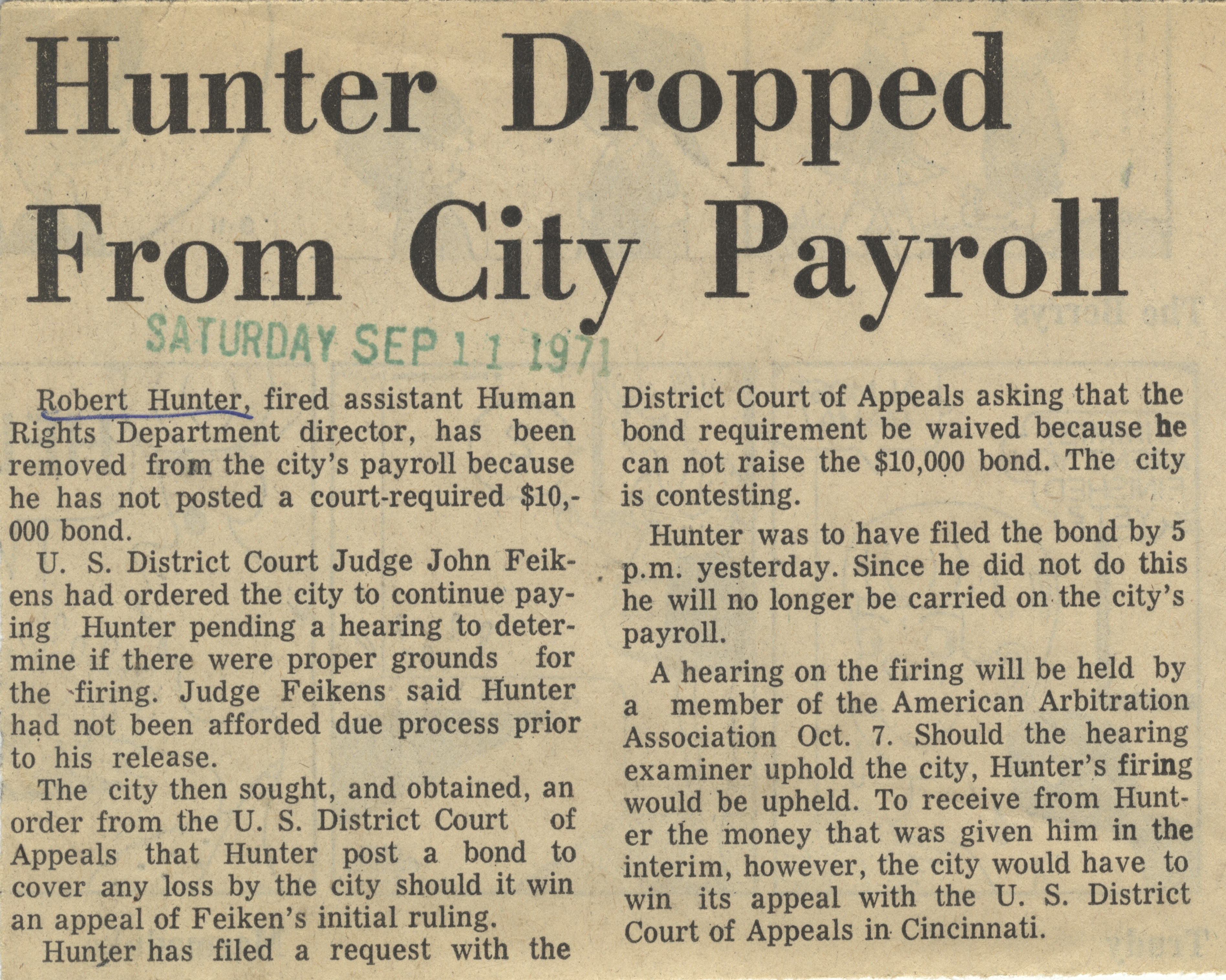 Robert Hunter, fired assistant Human Rights Department director, has been removed from the city’s payroll because he has not posted a court-required $10,000 bond.

U. S. District Court Judge John Feikens had ordered the city to continue paying Hunter pending a hearing to determine if there were proper grounds for the firing. Judge Feikens said Hunter had not been afforded due process prior to his release.

The city then sought, and obtained, an order from the U. S. District Court of Appeals that Hunter post a bond to cover any loss by the city should it win an appeal of Feiken’s initial ruling.

Hunter has filed a request with the District Court of Appeals asking that the bond requirement be waived because he can not raise the $10,000 bond. The city is contesting.

Hunter was to have filed the bond by 5 p.m. yesterday. Since he did not do this he will no longer be carried on the city’s payroll.

A hearing on the firing will be held by a member of the American Arbitration Association Oct. 7. Should the hearing examiner uphold the city, Hunter’s firing would be upheld. To receive from Hunter the money that was given him in the interim, however, the city would have to win its appeal with the U. S. District Court of Appeals in Cincinnati.