Board Man Asks Byrd To Resign 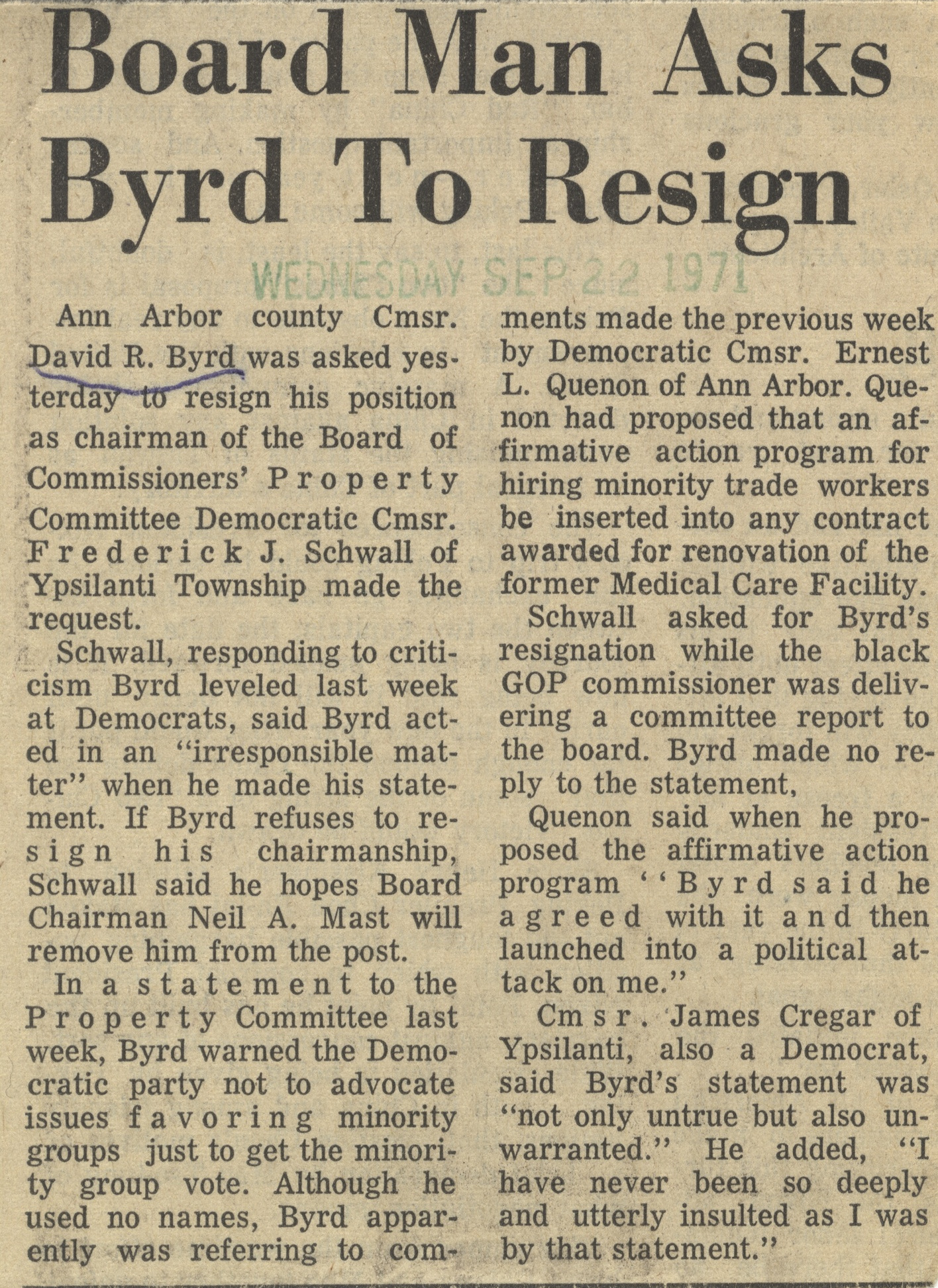 ﻿Board Man Asks Byrd To Resign

Ann Arbor county Cmsr. David R. Byrd was asked yesterday to resign his position as chairman of the Board of Commissioners’ Property Committee Democratic Cmsr. Frederick J. Schwall of Ypsilanti Township made the request.

Schwall, responding to criticism Byrd leveled last week at Democrats, said Byrd acted in an “irresponsible matter” when he made his statement. If Byrd refuses to resign his chairmanship, Schwall said he hopes Board Chairman Neil A. Mast will remove him from the post.

In a statement to the Property Committee last week, Byrd warned the Democratic party not to advocate issues favoring minority groups just to get the minority group vote. Although he used no names, Byrd apparently was referring to comments made the previous week by Democratic Cmsr. Ernest L. Quenon of Ann Arbor. Quenon had proposed that an affirmative action program for hiring minority trade workers be inserted into any contract awarded for renovation of the former Medical Care Facility.

Schwall asked for Byrd’s resignation while the black GOP commissioner was delivering a committee report to the board. Byrd made no reply to the statement,

Quenon said when he proposed the affirmative action program ‘‘Byrd said he agreed with it and then launched into a political attack on me.”

Cmsr. James Cregar of Ypsilanti, also a Democrat, said Byrd’s statement was “not only untrue but also unwarranted.” He added, “I have never been so deeply and utterly insulted as I was by that statement.”