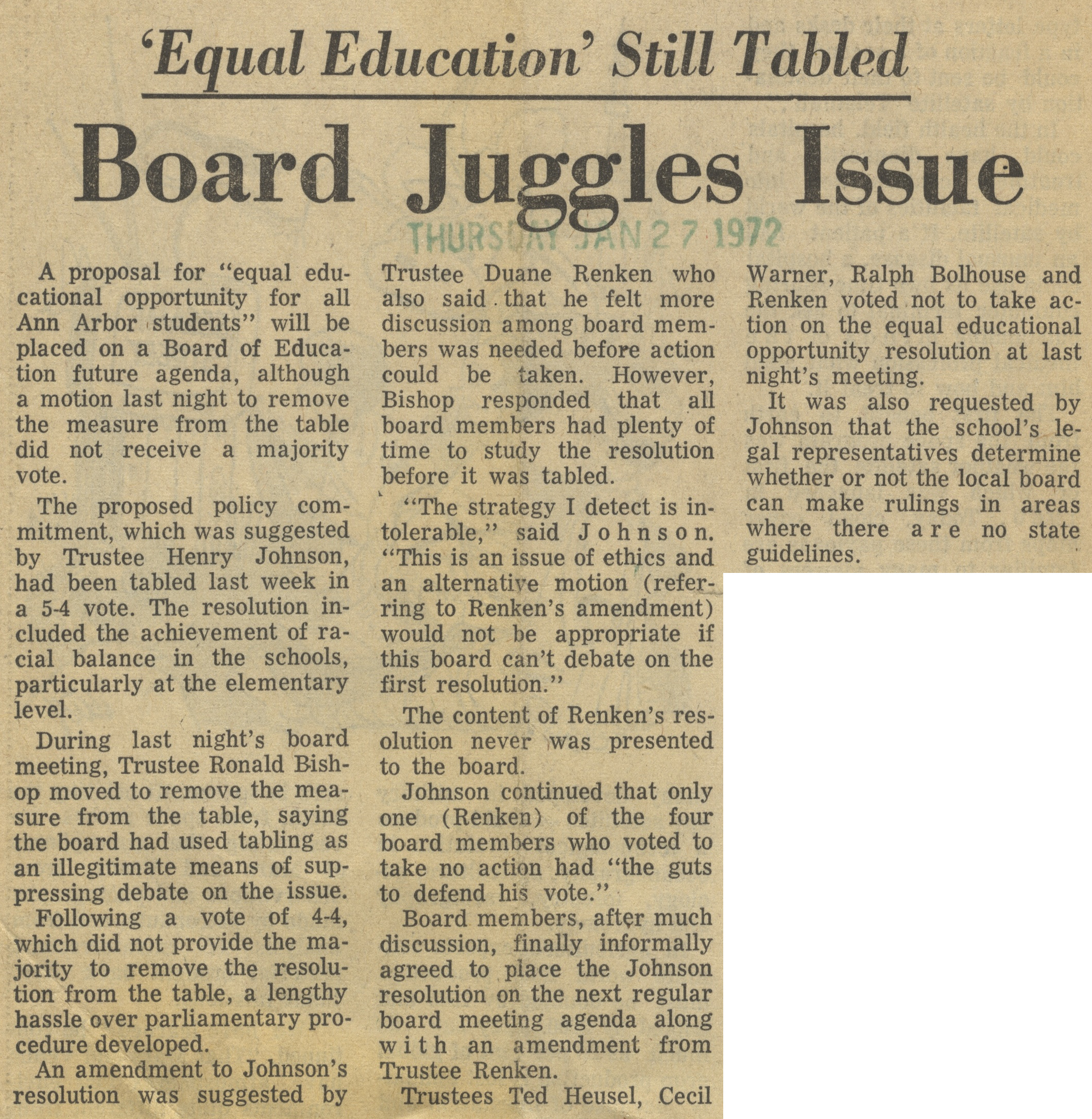 A proposal for “equal educational opportunity for all Ann Arbor students’’ will be placed on a Board of Education future agenda, although a motion last night to remove the measure from the table did not receive a majority vote.

The proposed policy commitment, which was suggested by Trustee Henry Johnson, had been tabled last week in a 5-4 vote. The resolution included the achievement of racial balance in the schools, particularly at the elementary level.

During last night’s board meeting, Trustee Ronald Bishop moved to remove the measure from the table, saying the board had used tabling as an illegitimate means of suppressing debate on the issue.

Following a vote of 4-4, which did not provide the majority to remove the resolution from the table, a lengthy hassle over parliamentary procedure developed.

An amendment to Johnson’s resolution was suggested by Trustee Duane Renken who also said that he felt more discussion among board members was needed before action could be taken. However, Bishop responded that all board members had plenty of time to study the resolution before it was tabled.

“The strategy I detect is intolerable,” said Johnson. “This is an issue of ethics and an alternative motion (referring to Renken’s amendment) would not be appropriate if this board can’t debate on the first resolution.”

The content of Renken’s resolution never was presented to the board.

Johnson continued that only one (Renken) of the four board members who voted to take no action had “the guts to defend his vote.”

Board members, after much discussion, finally informally agreed to place the Johnson resolution on the next regular board meeting agenda along with an amendment from Trustee Renken.

It was also requested by Johnson that the school’s legal representatives determine whether or not the local board can make rulings in areas where there are no state guidelines.