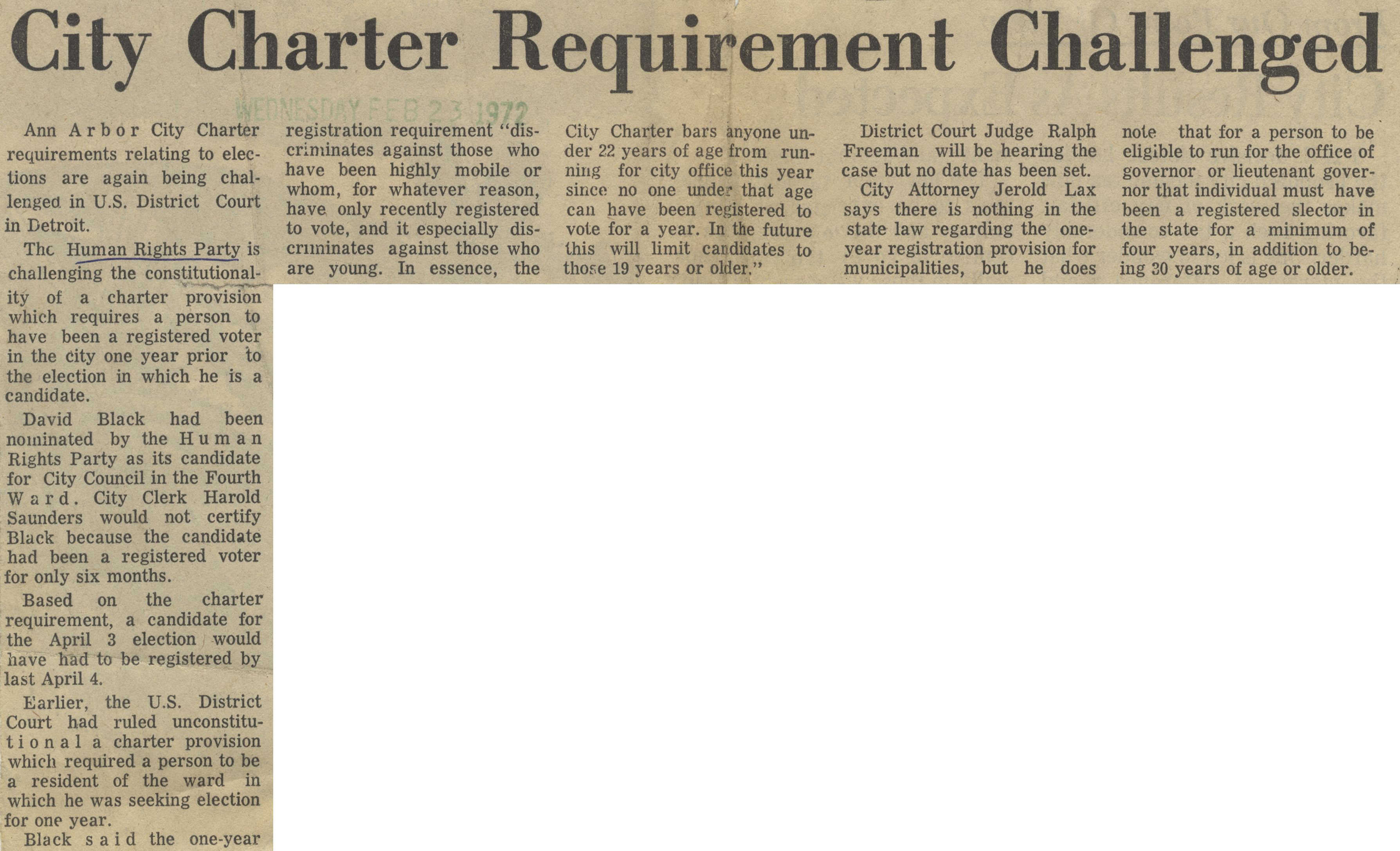 The Human Rights Party is challenging the constitutionality of a charter provision which requires a person to have been a registered voter in the city one year prior to the election in which he is a candidate.

David Black had been nominated by the Human Rights Party as its candidate for City Council in the Fourth Ward. City Clerk Harold Saunders would not certify Black because the candidate had been a registered voter for only six months.

Based on the charter requirement, a candidate for the April 3 election would have had to be registered by last April 4.

Earlier, the U.S. District Court had ruled unconstitutional a charter provision which required a person to be a resident of the ward in which he was seeking election for one year.

Black said the one-year registration requirement “discriminates against those who have been highly mobile or whom, for whatever reason, have only recently registered to vote, and it especially discriminates against those who are young. In essence, the City Charter bars anyone under 22 years of age from running for city office this year since no one under that age can have been registered to vote for a year. In the future this will limit candidates to those 19 years or older."

District Court Judge Ralph Freeman will be hearing the case but no date has been set.

City Attorney Jerold Lax says there is nothing in the state law regarding the one-year registration provision for municipalities, but he does note that for a person to be eligible to run for the office of governor or lieutenant governor that individual must have been a registered selector in the state for a minimum of four years, in addition to being 30 years of age or older.