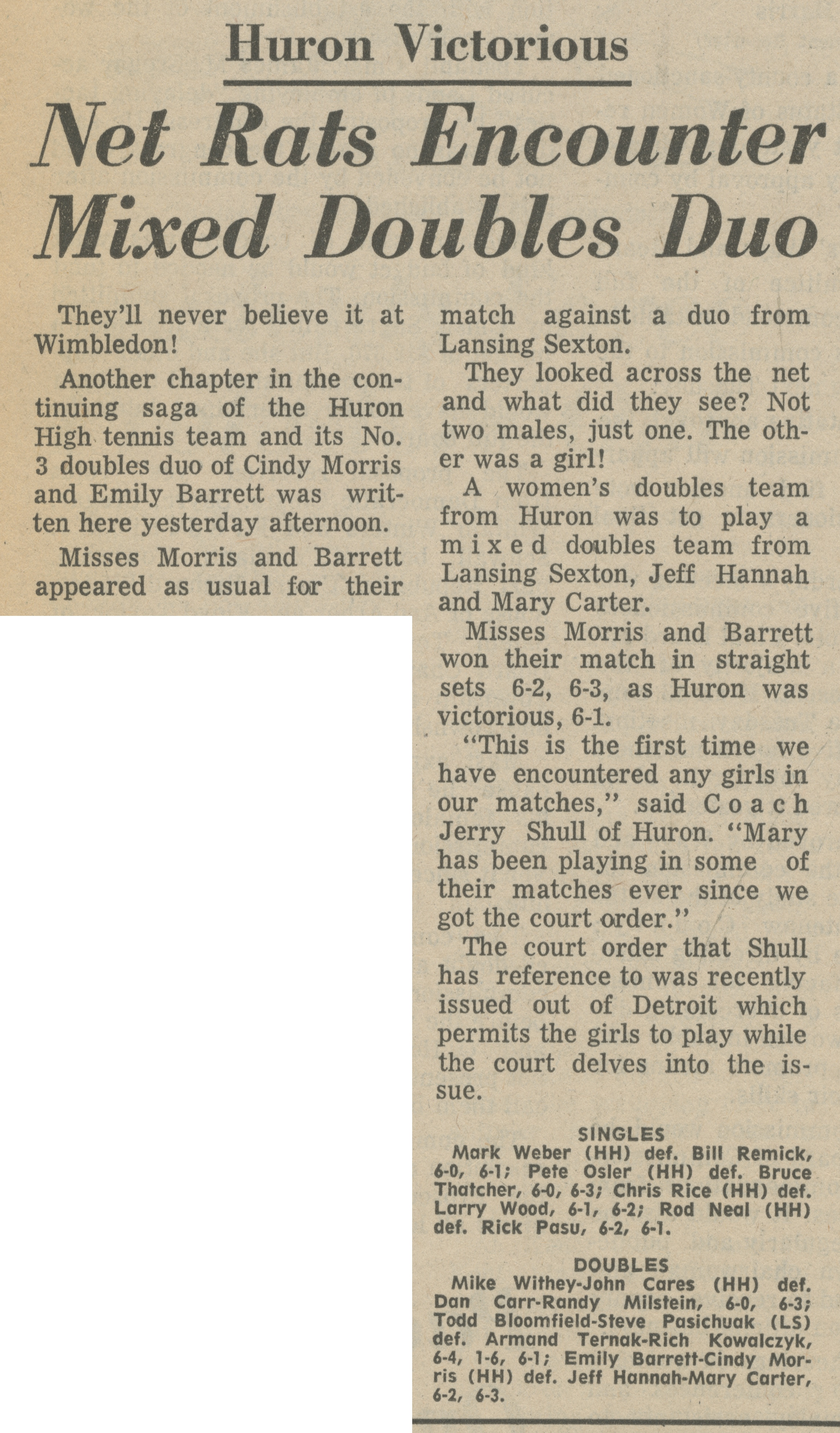 They'll never believe it at Wimbledon!
Another chapter in the continuing saga of the Huron High tennis team and its No. 3 doubles duo of Cindy Morris and Emily Barrett was written here yesterday afternoon.
Misses Morris and Barrett appeared as usual for their match against a duo from Lansing Sexton.
They looked across the net and what did they see? Not two males, just one. The other was a girl!
A women's doubles team from Huron was to play a mixed doubles team from Lansing Sexton, Jeff Hannah and Mary Carter.
Misses Morris and Barrett won their match in straight sets 6-2, 6-3, as Huron was victorious, 6-1.
“This is the first time we have encountered any girls in our matches,” said Coach Jerry Shull of Huron. "Mary has been playing in some of their matches ever since we got the court order."
The court order that Shull has reference to was recently issued out of Detroit which permits the girls to play while the court delves into the issue.
SINGLES Mark Weber (HH) def. Bill Remick, 6-0, 6-1; Pete Osler (HH) def. Bruce Thatcher, 6-0, 6-3; Chris Rice (HH) def. Larry Wood, 6-1, 6-2; Rod Neal (HH) def. Rick Pasu, 6-2, 6-1.
DOUBLES Mike Withey-John Cares (HH) def. Dan Carr-Randy Milstein, 6-0, 6-3; Todd Bloomfield-Steve Pasichuak (LS) def. Armand Ternak-Rich Kowalczyk, 6-4, 1-6, 6-1; Emily Barrett-Cindy Morris (HH) def. Jeff Hannah-Mary Carter, 6-2, 6-3.