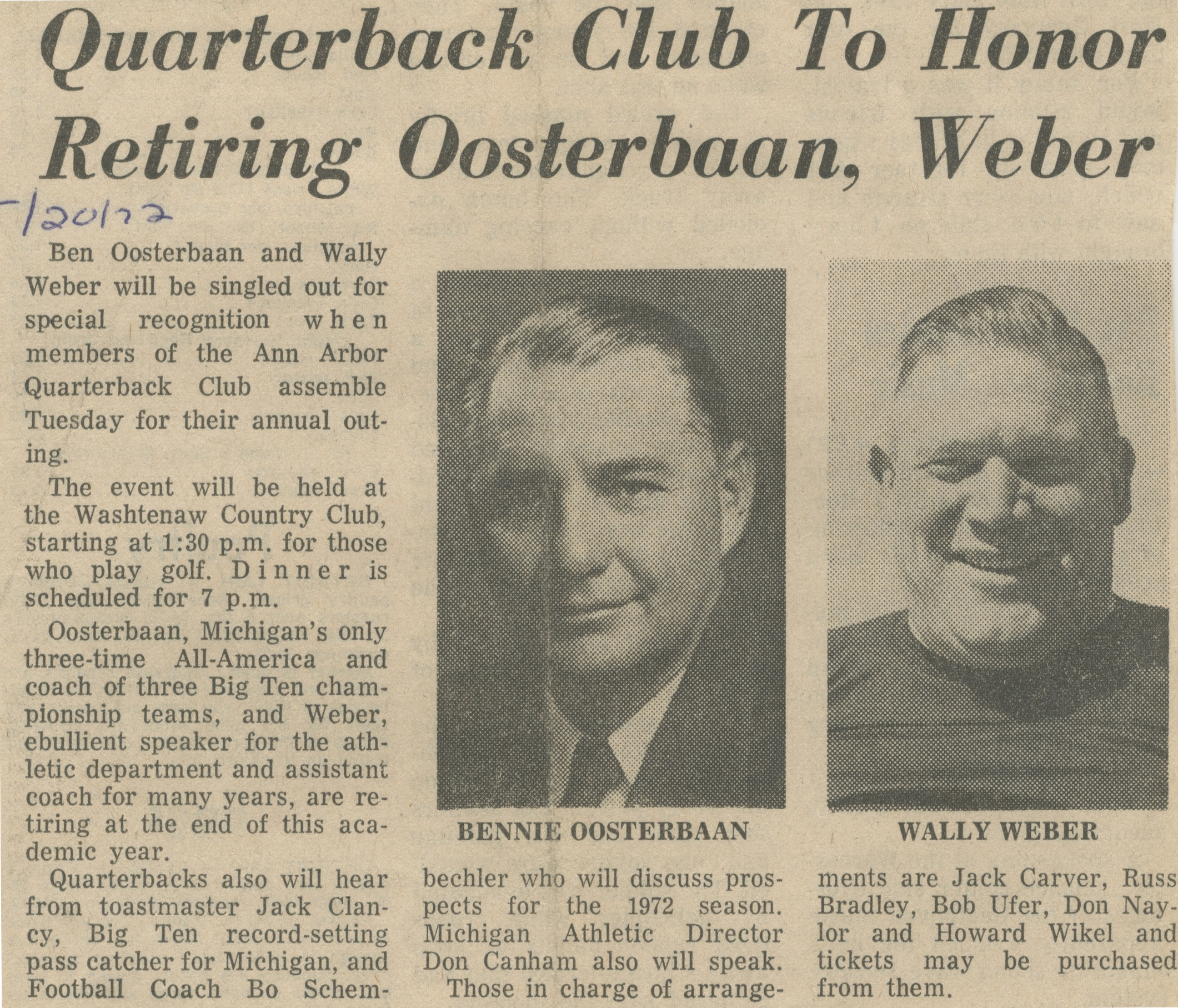 Ben Oosterbaan and Wally Weber will be singled out for special recognition when members of the Ann Arbor Quarterback Club assemble Tuesday for their annual outing.

The event will be held at the Washtenaw Country Club, starting at 1:30 p.m. for those who play golf. Dinner is scheduled for 7 p.m.

Oosterbaan, Michigan’s only three-time All-America and coach of three Big Ten championship teams, and Weber, ebullient speaker for the athletic department and assistant coach for many years, are retiring at the end of this academic year.

Quarterbacks also will hear from toastmaster Jack Clancy, Big Ten record-setting pass catcher for Michigan, and Football Coach Bo Schembechler who will discuss prospects for the 1972 season. Michigan Athletic Director Don Canham also will speak. Those in charge of arrangements are Jack Carver, Russ Bradley, Bob Ufer, Don Naylor and Howard Wikel and tickets may be purchased from them.