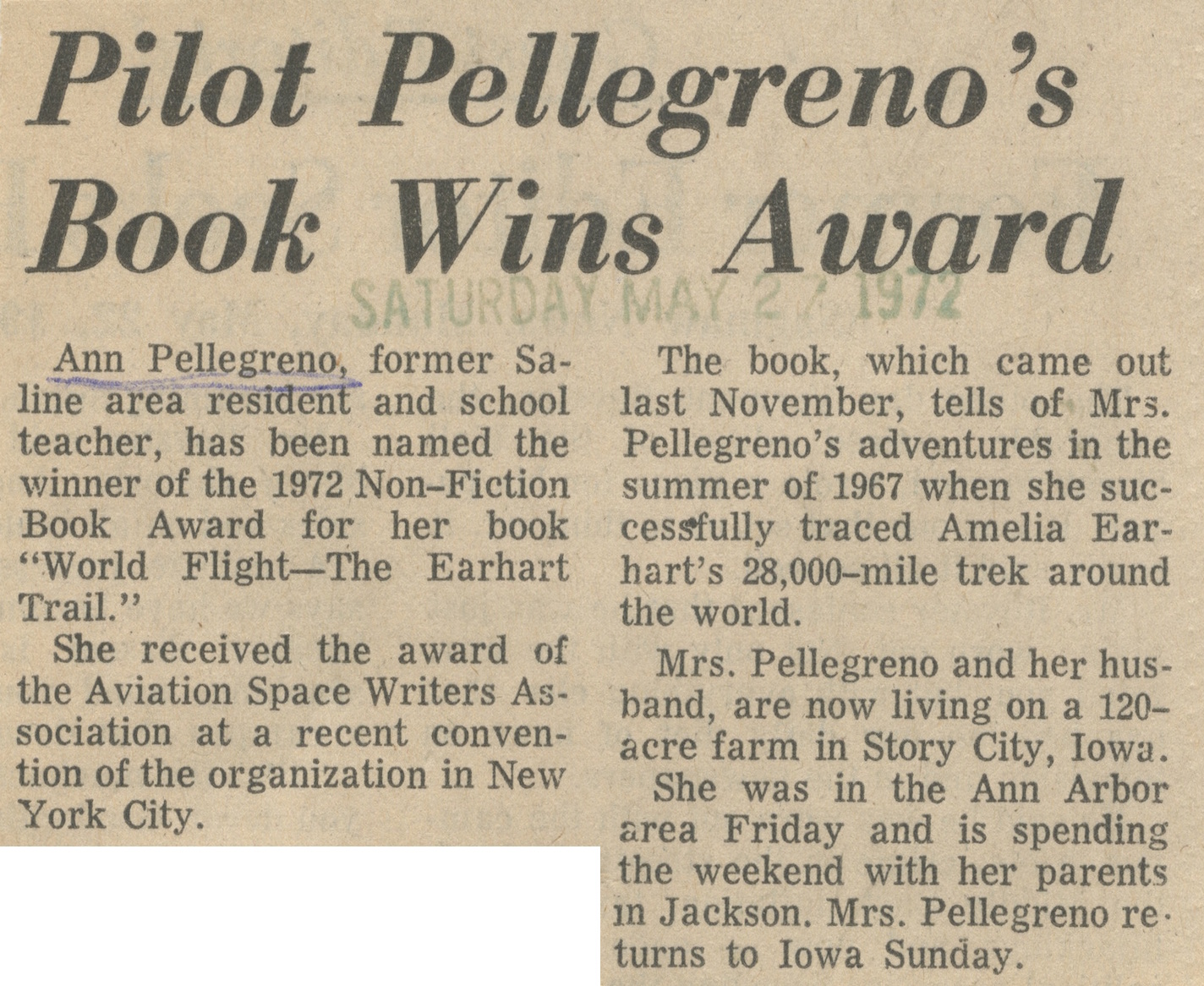 Ann Pellegreno, former Saline area resident and school teacher, has been named the winner of the 1972 Non-Fiction Book Award for her book “World Flight-The Earhart Trail.”

She received the award of the Aviation Space Writers Association at a recent convention of the organization in New York City.

The book, which came out last November, tells of Mrs. Pellegreno’s adventures in the summer of 1967 when she successfully traced Amelia Earhart's 28,000-mile trek around the world.

Mrs. Pellegreno and her husband, are now living on a 120-acre farm in Story City, Iowa.

She was in the Ann Arbor area Friday and is spending the weekend with her parents in Jackson. Mrs. Pellegreno returns to Iowa Sunday.