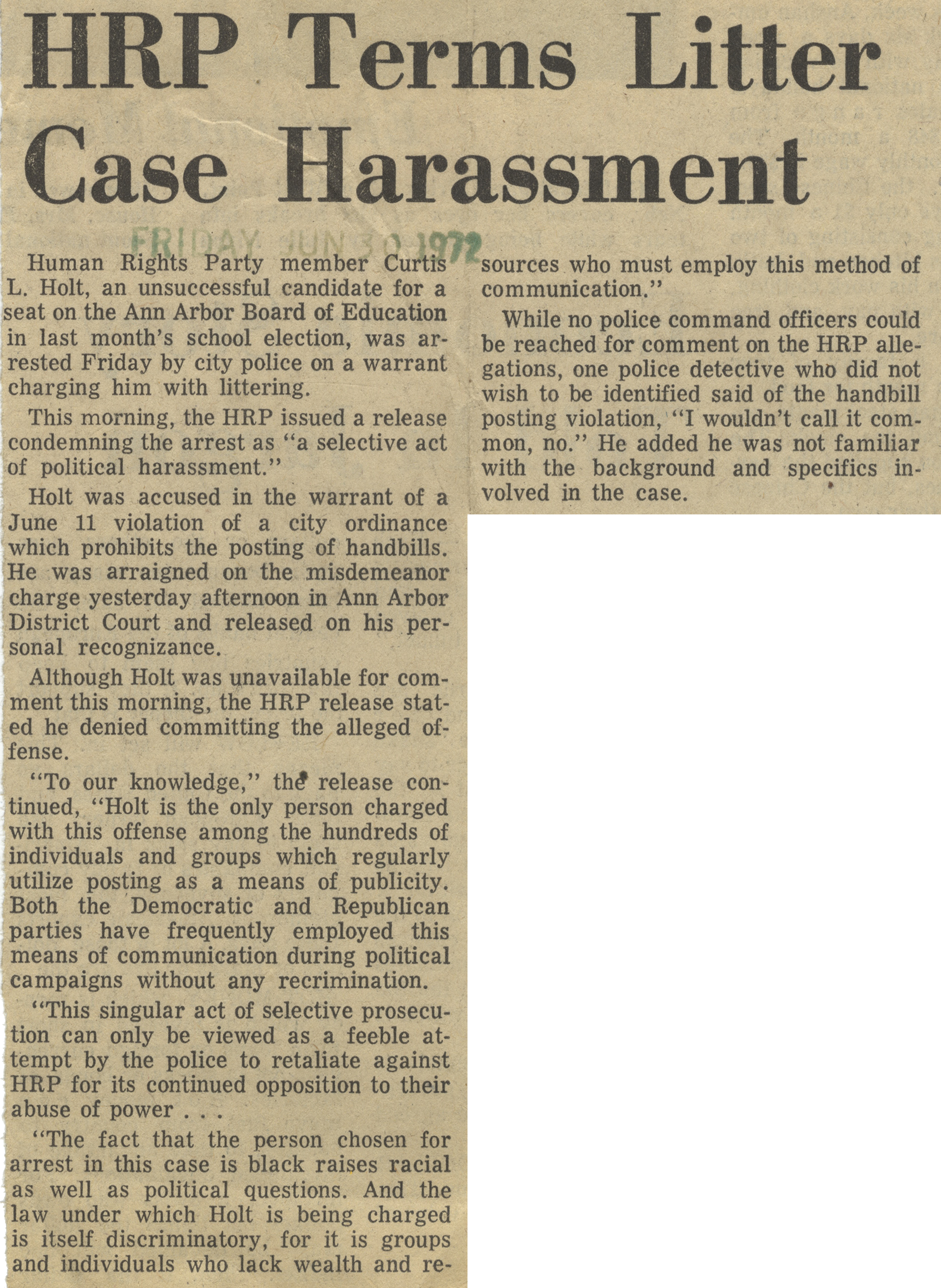 Human Rights Party member Curtis L. Holt, an unsuccessful candidate for a seat on the Ann Arbor Board of Education in last month's school election, was arrested Friday by city police on a warrant charging him with littering.

This morning, the HRP issued a release condemning the arrest as “a selective act of political harassment.”

Holt was accused in the warrant of a June 11 violation of a city ordinance which prohibits the posting of handbills. He was arraigned on the misdemeanor charge yesterday afternoon in Ann Arbor District Court and released on his personal recognizance.

Although Holt was unavailable for comment this morning, the HRP release stated he denied committing the alleged offense.

‘‘To our knowledge,” the release continued, “Holt is the only person charged with this offense among the hundreds of individuals and groups which regularly utilize posting as a means of publicity. Both the Democratic and Republican parties have frequently employed this means of communication during political campaigns without any recrimination.

“This singular act of selective prosecution can only be viewed as a feeble attempt by the police to retaliate against HRP for its continued opposition to their abuse of power . . .

“The fact that the person chosen for arrest in this case is black raises racial as well as political questions. And the law under which Holt is being charged is itself discriminatory, for it is groups and individuals who lack wealth and resources who must employ this method of
communication.”

While no police command officers could be reached for comment on the HRP allegations, one police detective who did not wish to be identified said of the handbill posting violation, “I wouldn’t call it common, no.” He added he was not familiar with the background and specifics involved in the case.