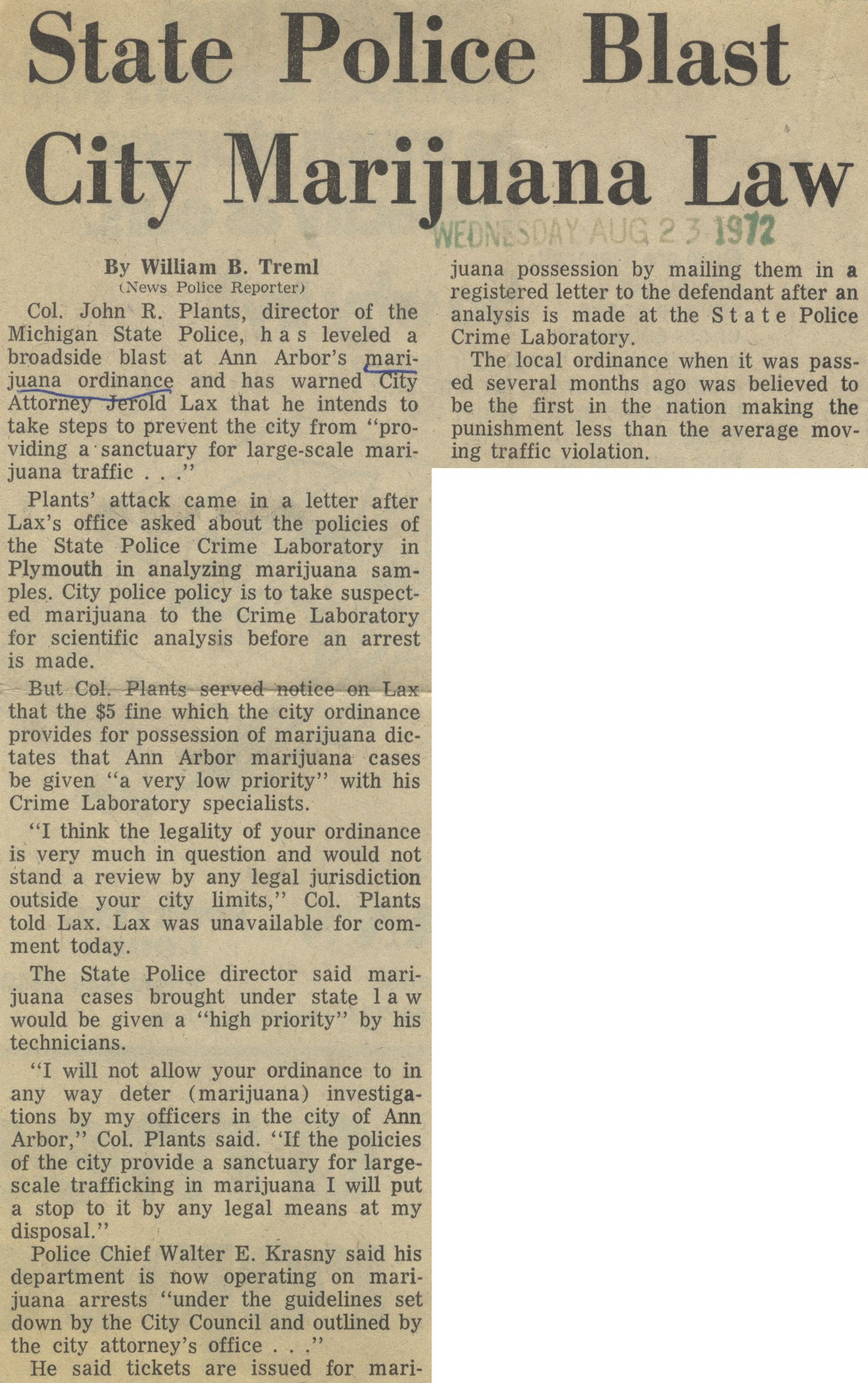 Col. John R. Plants, director of the Michigan State Police, has leveled a broadside blast at Ann Arbor’s marijuana ordinance and has warned City Attorney Jerold Lax that he intends to take steps to prevent the city from “providing a sanctuary for large-scale marijuana traffic . . .”

Plants’ attack came in a letter after Lax's office asked about the policies of the State Police Crime Laboratory in Plymouth in analyzing marijuana samples. City police policy is to take suspected marijuana to the Crime Laboratory for scientific analysis before an arrest is made.

But Col. Plants served notice on Lax that the $5 fine which the city ordinance provides for possession of marijuana dictates that Ann Arbor marijuana cases be given “a very low priority” with his Crime Laboratory specialists.

“I think the legality of your ordinance is very much in question and would not stand a review by any legal jurisdiction outside your city limits,” Col. Plants told Lax. Lax was unavailable for comment today.

The State Police director said marijuana cases brought under state law would be given a “high priority” by his technicians.

“I will not allow your ordinance to in any way deter (marijuana) investigations by my officers in the city of Ann Arbor,” Col. Plants said. “If the policies of the city provide a sanctuary for large-scale trafficking in marijuana I will put a stop to it by any legal means at my disposal.”

Police Chief Walter E. Krasny said his department is now operating on marijuana arrests “under the guidelines set down by the City Council and outlined by the city attorney’s office . . .’’

He said tickets are issued for mari-

juana possession by mailing them in a registered letter to the defendant after an analysis is made at the State Police Crime Laboratory.

The local ordinance when it was passed several months ago was believed to be the first in the nation making the punishment less than the average moving traffic violation.