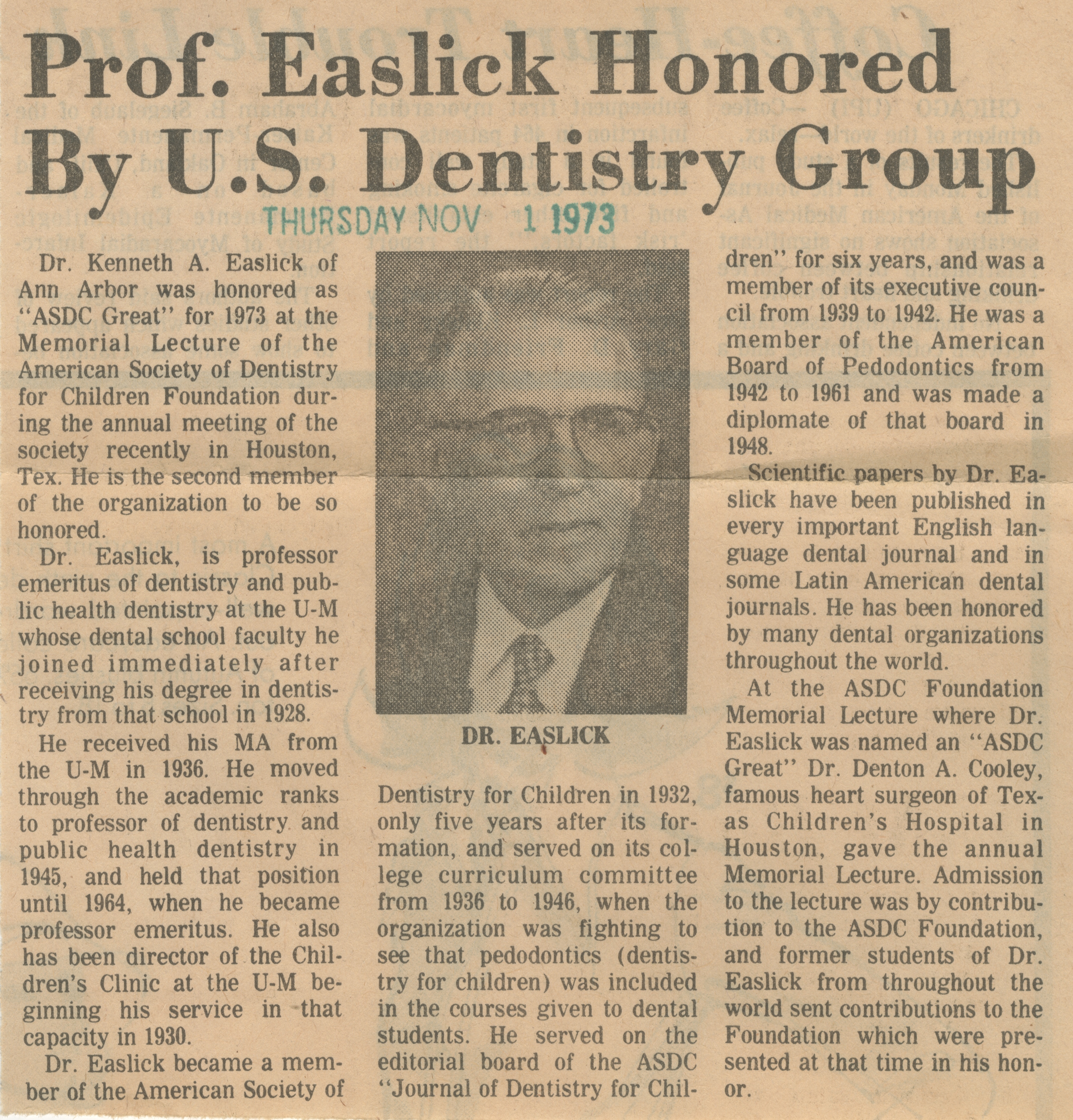 Dr. Kenneth A. Easlick of Ann Arbor was honored as “ASDC Great” for 1973 at the Memorial Lecture of the American Society of Dentistry for Children Foundation during the annual meeting of the society recently in Houston, Tex. He is the second member of the organization to be so honored.

Dr. Easlick, is professor emeritus of dentistry and public health dentistry at the U-M whose dental school faculty he joined immediately after receiving his degree in dentistry from that school in 1928.

He received his MA from the U-M in 1936. He moved through the academic ranks to professor of dentistry and public health dentistry in 1945, and held that position until 1964, when he became professor emeritus. He also has been director of the Children’s Clinic at the U-M beginning his service in that capacity in 1930.

Dr. Easlick became a member of the American Society of

Dentistry for Children in 1932, only five years after its formation, and served on its college curriculum committee from 1936 to 1946, when the organization was fighting to see that pedodontics (dentistry for children) was included in the courses given to dental students. He served on the editorial board of the ASDC “Journal of Dentistry for Chil-

Scientific papers by Dr. Easlick have been published in every important English language dental journal and in some Latin American dental journals. He has been honored by many dental organizations throughout the world.

At the ASDC Foundation Memorial Lecture where Dr. Easlick was named an “ASDC Great” Dr. Denton A. Cooley, famous heart surgeon of Texas Children’s Hospital in Houston, gave the annual Memorial Lecture. Admission to the lecture was by contribution to the ASDC Foundation, and former students of Dr. Easlick from throughout the world sent contributions to the Foundation which were presented at that time in his honor.