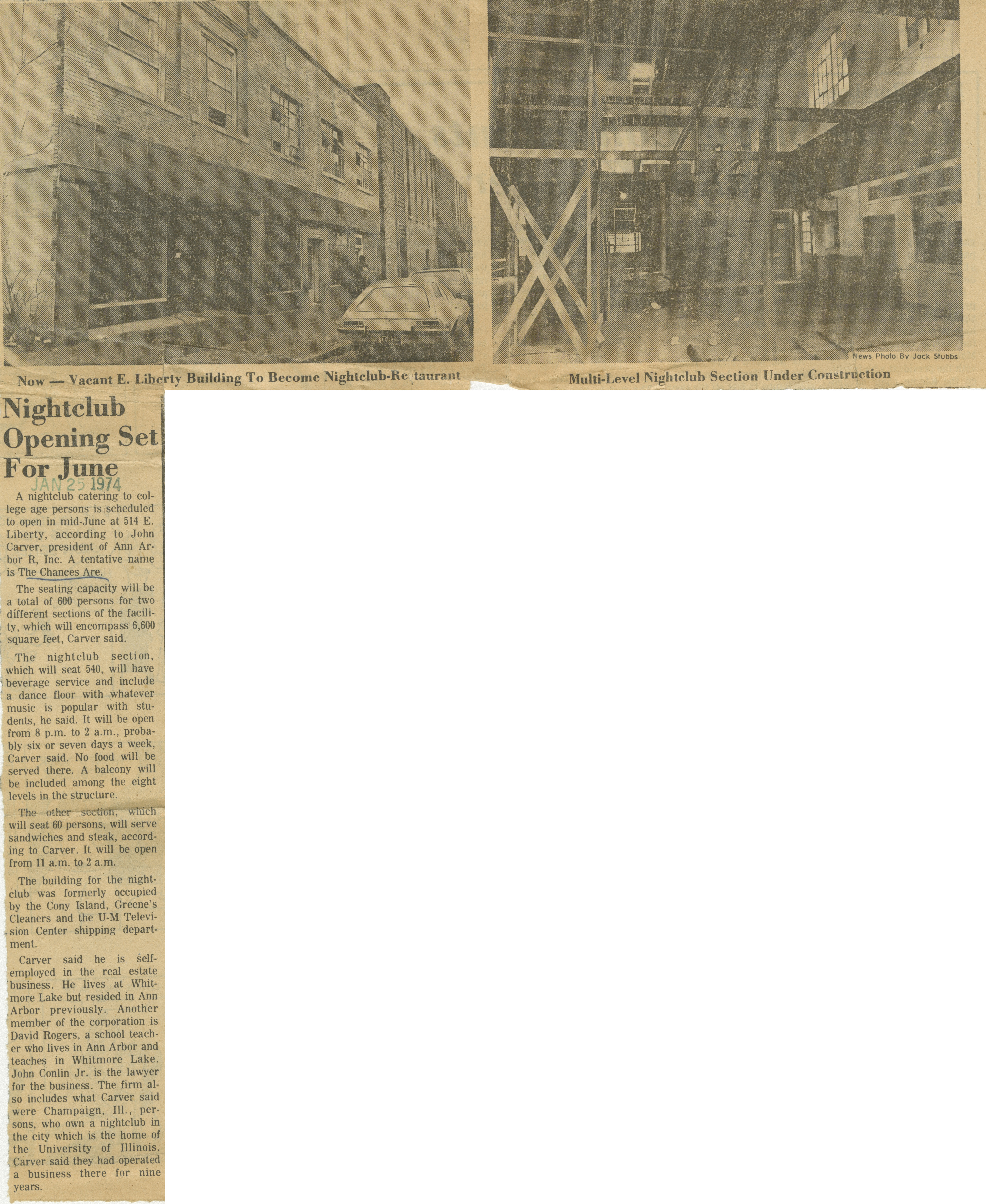 A nightclub catering to college age persons is scheduled to open in mid-June at 514 E. Liberty, according to John Carver, president of Ann Arbor R, Inc. A tentative name is The Chances Are.

The seating capacity will be a total of 600 persons for two different sections of the facility, which will encompass 6,600 square feet, Carver said.

The nightclub section, which will seat 540, will have beverage service and include a dance floor with whatever music is popular with students, he said. It will be open from 8 p.m. to 2 a.m., probably six or seven days a week, Carver said. No food will be served there. A balcony will be included among the eight levels in the structure.

The other section, which will seat 50 persons, will serve sandwiches and steak, according to Carver. It will be open from 11 a.m. to 2 a.m.

The building for the nightclub was formerly occupied by the Cony Island, Greene's Cleaners and the U-M Television Center shipping department.

Carver said he is self-employed in the real estate business. He lives at Whitmore Lake but resided in Ann Arbor previously. Another member of the corporation is David Rogers, a school teacher who lives in Ann Arbor and teaches in Whitmore Lake. John Conlin Jr. is the lawyer for the business. The firm also includes what Carver said where Champaign, Ill., persons, who own a nightclub in the city which is the home of the University of Illinois. Carver said they had operated a business there for nine years.