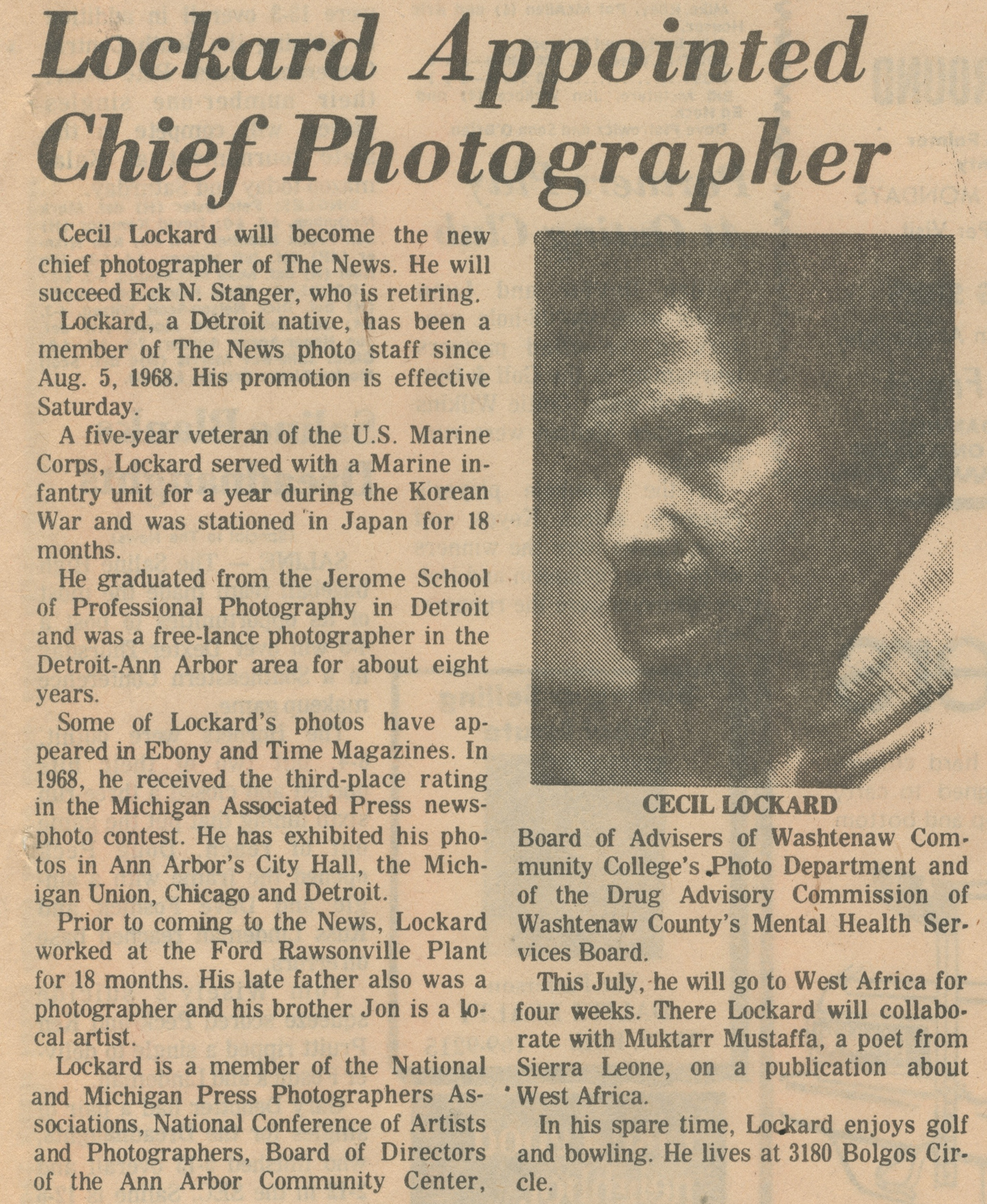 Cecil Lockard will become the new chief photographer of The News. He will succeed Eck N. Stanger, who is retiring.

Lockard, a Detroit native, has been a member of The News photo staff since Aug. 5, 1968. His promotion is effective Saturday.

A five-year veteran of the U.S. Marine Corps, Lockard served with a Marine infantry unit for a year during the Korean War and was stationed in Japan for 19 months.

He graduated from the Jerome School of Professional Photography in Detroit and was a free-lance photographer in the Detroit-Ann Arbor area for about eight years.

Some of Lockard's photos have appeared in Ebony and Time Magazines. In 1968, he received the third-place rating in the Michigan Associated Press news-photo contest. He has exhibited his photos in Ann Arbor's City Hall, the Michigan Union, Chicago and Detroit.

Prior to coming to the News, Lockard worked at the Ford Rawsonville Plant for 18 months. His late father also was a photographer and his brother Jon is a local artist.

This July, he will go to West Africa for four weeks. There Lockard will collaborate with Muktarr Mustaffa, a poet from Sierra Leone, on a publication about West Africa.

In his spare time, Lockard enjoys golf and bowling. He lives at 3180 Bolgos Circle.