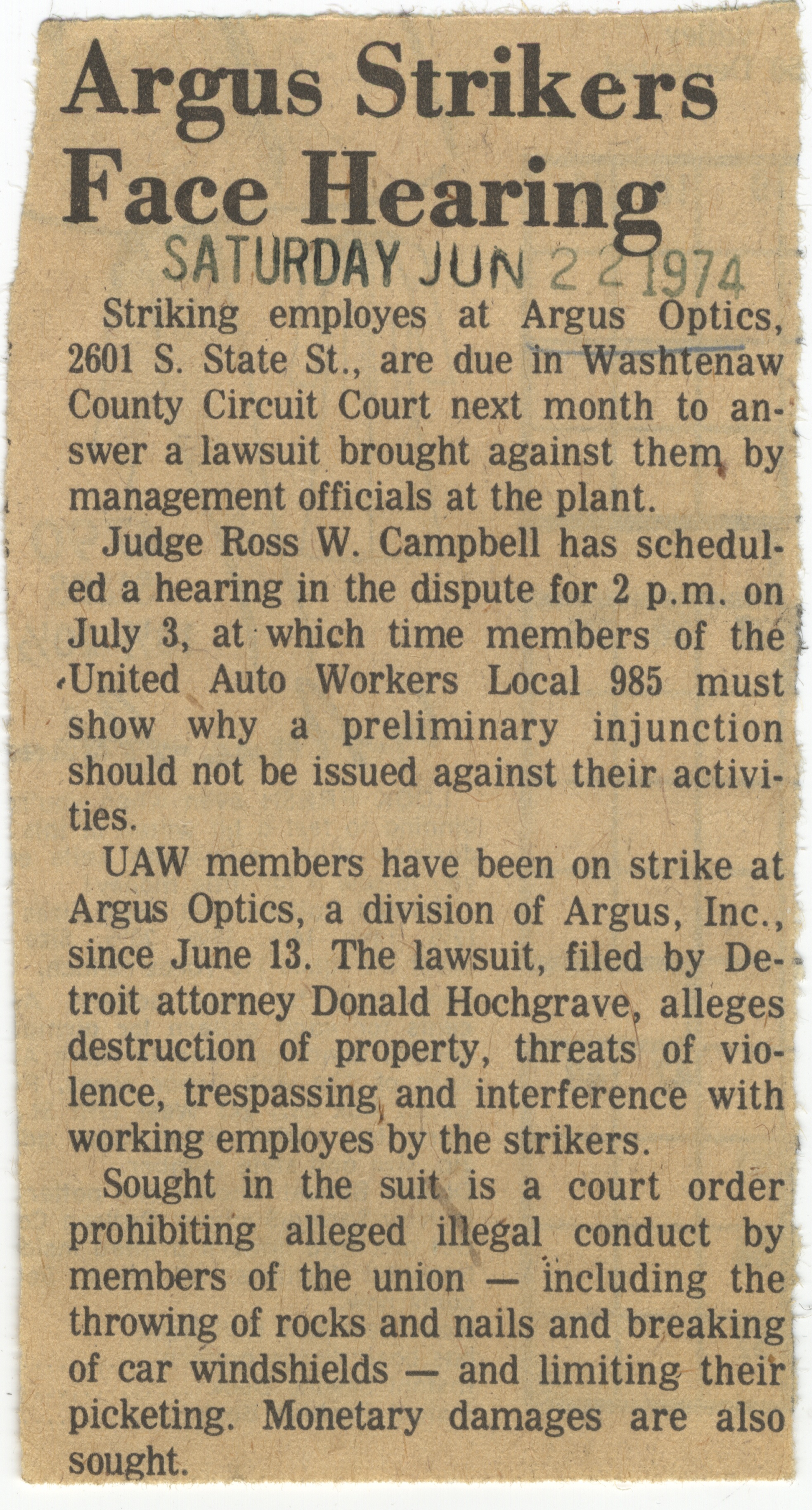 Striking employes at Argus Optics,
2601 S. State St., are due in Washtenaw
County Circuit Court next month to an-
swer a lawsuit brought against them, by
management officials at the plant.

•ludge Ross W. Campbell has schedul-
ed a hearing in the dispute for 2 p.m. on
July 3, at which time members of the^
/United Auto Workc' •! 985 must
show why a prehs'iiiii-, injunction
should not be issued against their activi-
ties.

Sought in the suit is a court
prohibiting alleged illegal condu^
members of the union — including t
throwing of rocks and nails and breaking
of car windshields — and limiting their
' f'ting. Monetary damages are also