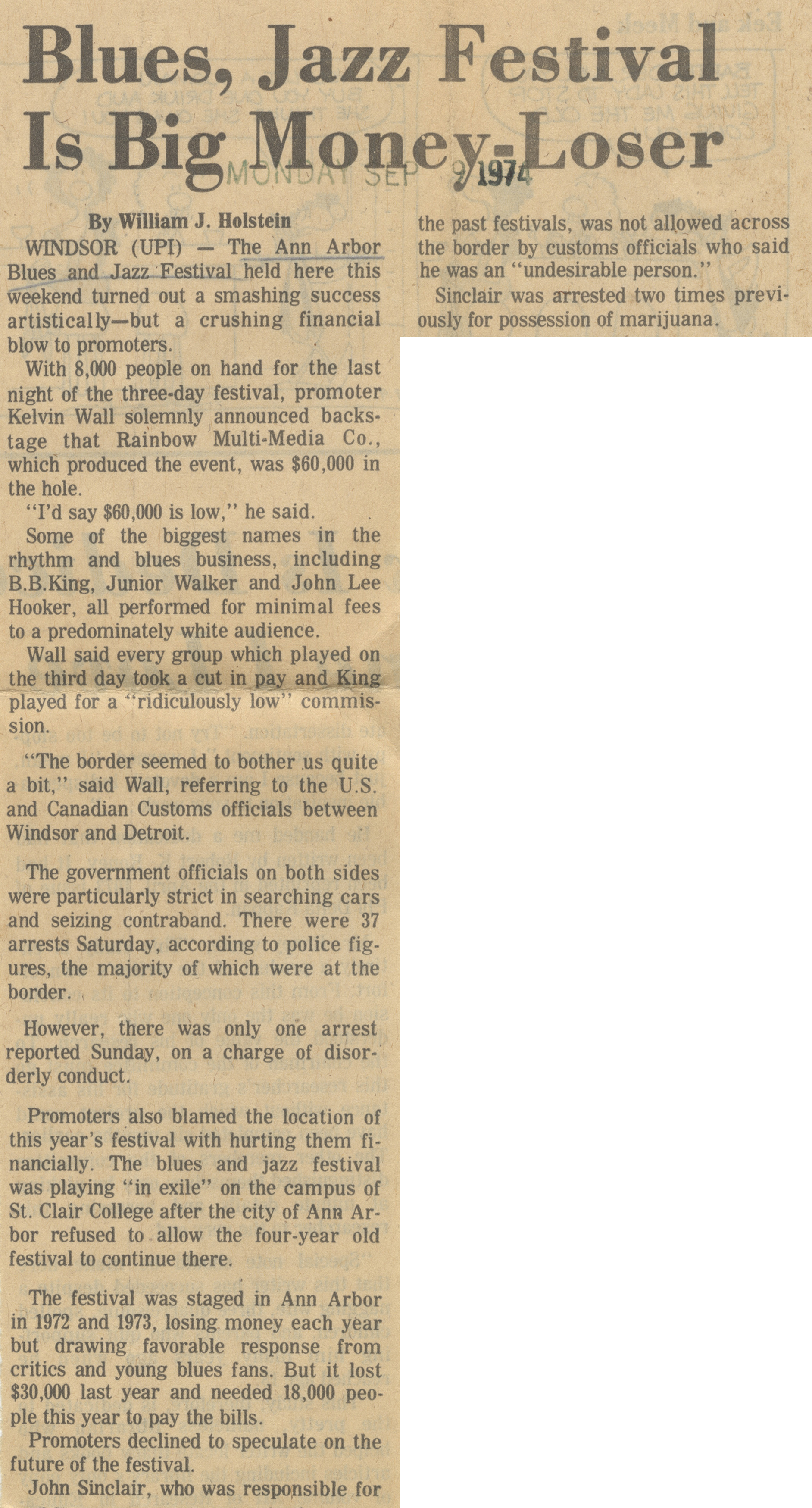 With 8,000 people on hand for the last night of the three-day festival, promoter Kelvin Wall solemnly announced backstage that Rainbow Multi-Media Co., which produced the event, was $60,000 in the hole.

Some of the biggest names in the rhythm and blues business, including B.B.King, Junior Walker and John Lee Hooker, all performed for minimal fees to a predominately white audience.

Wall said every group which played on the third day took a cut in pay and. King played for a "ridiculously low" commision

the past festivals, was not allowed across the border by customs officials who said he was an “undesirable person."

Sinclair was arrested two times previously for possession of marijuana.

"The border seemed to bother us quite a bit,” said Wall, referring to the U.S. and Canadian Customs officials between Windsor and Detroit.

The government officials on both sides were particularly strict in searching cars and seizing contraband. There were 37 arrests Saturday, according to police figures, the majority of which were at the border.

However, there was only one arrest reported Sunday, on a charge of disorderly conduct.

Promoters also blamed the location of this year's festival with hurting them financially. The blues and jazz festival was playing “in exile” on the campus of St. Clair College after the city of Ann Arbor refused to allow the four-year old festival to continue there.

The festival was staged in Ann Arbor in 1972 and 1973, losing money each year but drawing favorable response from critics and young blues fans. But it lost $30,000 last year and needed 18,000 people this year to pay the bills.

Promoters declined to speculate on the future of the festival.

John Sinclair, who was responsible for