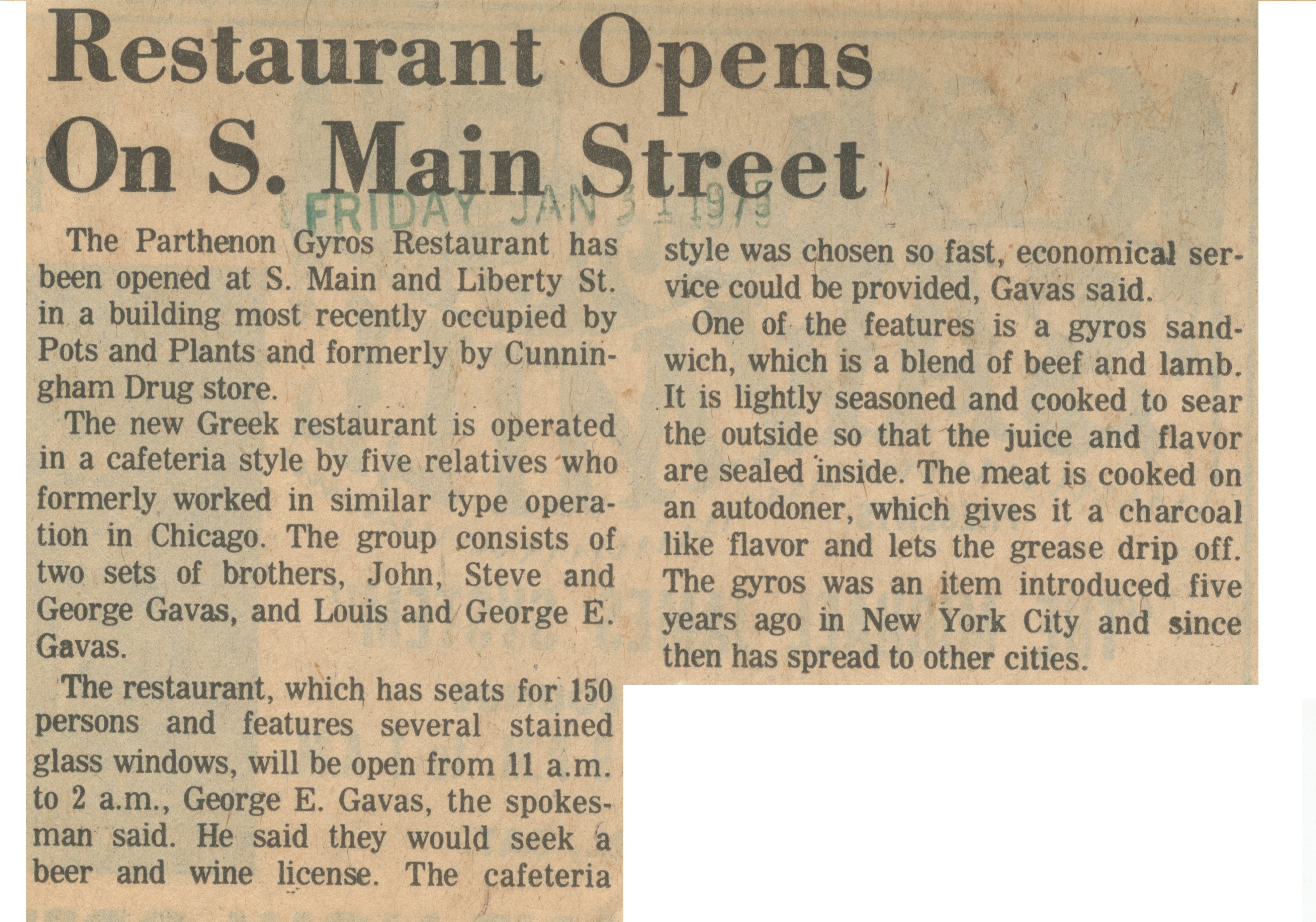 The Parthenon Gyros Restaurant has
been opened at S. Main and Liberty '-'
in a building most recently occupiiu 1.1'.
Pots and Ph' eriy by Cunnin-
gham Drug "i

style was chosen so fast, economical ser-
vice could be providr s said.

One of the featuriu ._ .x gyros sand-
wich, which is a blend of beef and lamb.
It is lightly seasoned and cooked to sear
the outside so that the juice and flavor
are sealed inside. Th - ' »oked on
an autodoner, which 'harcoal
like flavor and lets the grease drip off.
The gyros was an item introduced five
years ago in New York City and since
then has spread to other cities. , w; e,; ,^

The new Greek res) - operated
in a cafeteria style by .... .uiatives who
formerly, worked in similar type opera-
tion in Chicago. The group consists of
two sets of brothers, John, Steve and
George Gavas, and Louis and George E.
Gavas.

The restaurant, which has seats for 150
persons and features several stained
glass windows, will be open from 11 a.m.
to 2 a.m., George E. Gavas, the spokes
man said. He said they would seek s
beer and wine license. The cafeteria