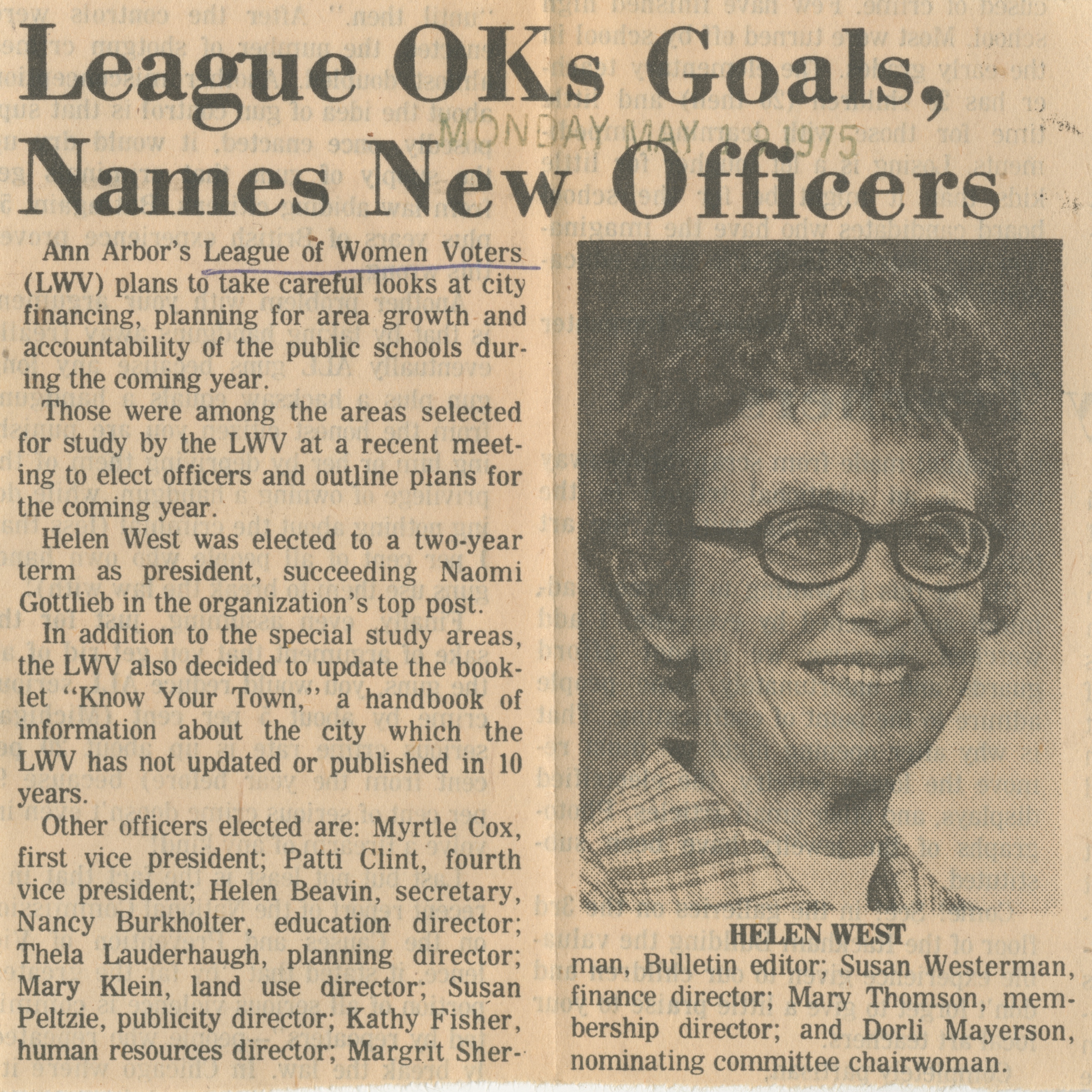 Ann Arbor’s League of Women Voters (LWV) plans to take careful looks at city financing, planning for area growth and accountability of the public schools during the coming year.

Those were among the areas selected for study by the LWV at a recent meeting to elect officers and outline plans for the coming year.

Helen West was elected to a two-year term as president, succeeding Naomi Gottlieb in the organization’s top post.

In addition to the special study areas, the LWV also decided to update the booklet “Know Your Town,” a handbook of information about the city which the LWV has not updated or published in 10 years.