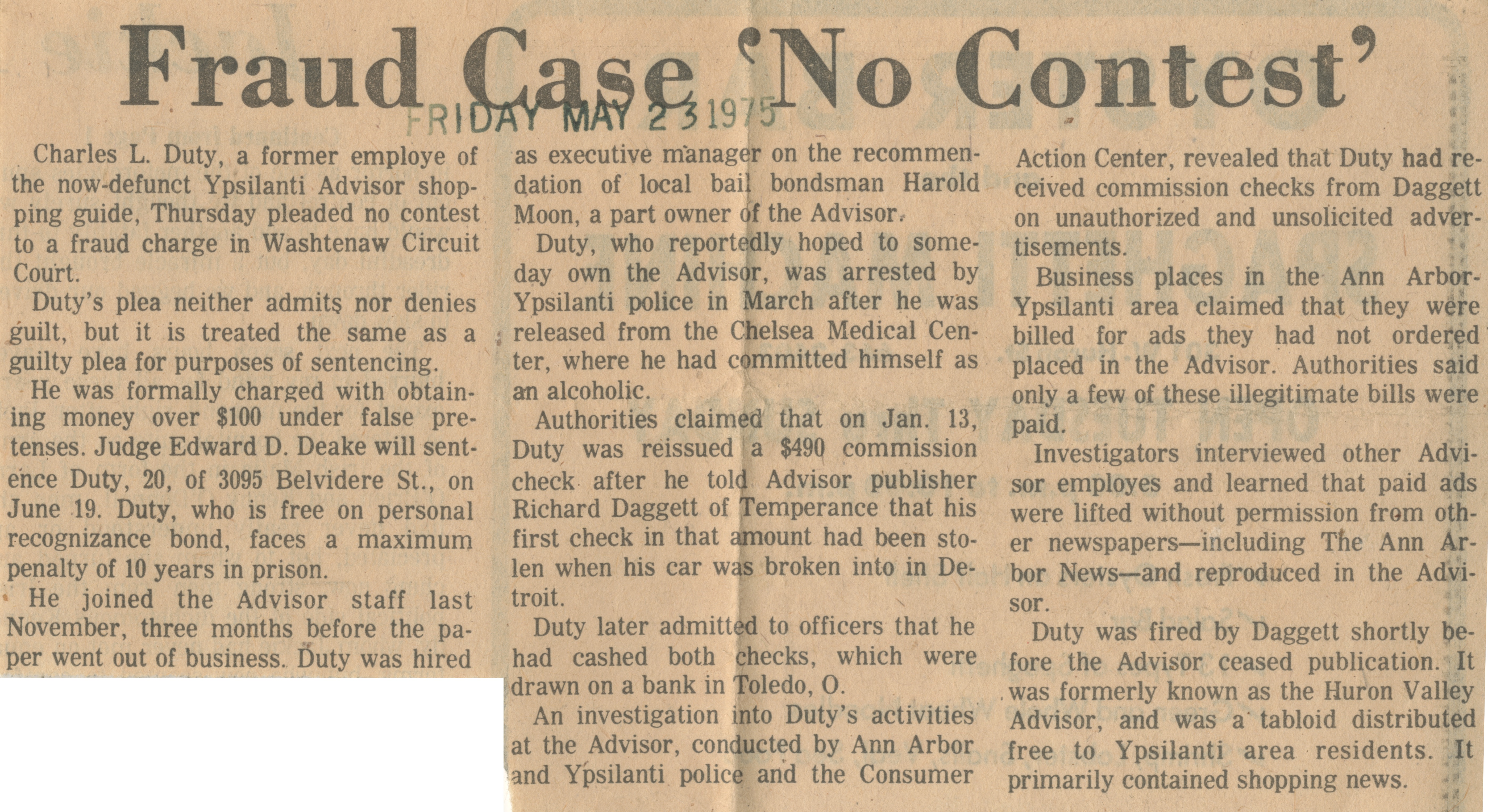 Duty’s plea neither admits nor denies guilt, but it is treated the same as a guilty plea for purposes of sentencing.

He was formally charged with obtaining money over $100 under false pretenses. Judge Edward D. Deake will sentence Duty, 20, of 3095 Belvidere St., on June 19. Duty, who is free on personal recognizance bond, faces a maximum penalty of 10 years in prison.

He joined the Advisor staff last November, three months before the paper went out of business. Duty was hired as executive manager on the recommendation of local bail bondsman Harold Moon, a part owner of the Advisor.

Duty, who reportedly hoped to someday own the Adviser, was arrested by Ypsilanti police in March after he was released from the Chelsea Medical Center, where he had committed himself as an alcoholic.

Authorities claimed that on Jan. 13, Duty was reissued a $490 commission check after he told Advisor publisher Richard Daggett of Temperence that his first check in that amount had been stolen when his car was broken into in Detroit.

Duty later admitted to officers that he had cashed both checks, which were drawn on a bank in Toledo, O.

An investigation into Duty’s activities at the Advisor, conducted by Ann Arbor and Ypsilanti police and the Consumer Action Center, revealed that Duty had received commission checks from Daggett on unauthorized and unsolicited advertisements.

Business places in the Ann Arbor-Ypsilanti area claimed that they were billed for ads they had not ordered placed in the Advisor. Authorities said only a few of these illegitimate bills were paid.

Investigators interviewed other Advisor employees and learned that paid ads were lifted without permission from other newspapers—including The Ann Arbor News—and reproduced in the Advisor.

Duty was fired by Daggett shortly before the Advisor ceased publication. It was formerly known as the Huron Valley Advisor, and was a tabloid distributed free to Ypsilanti area residents. It primarily contained shopping news.