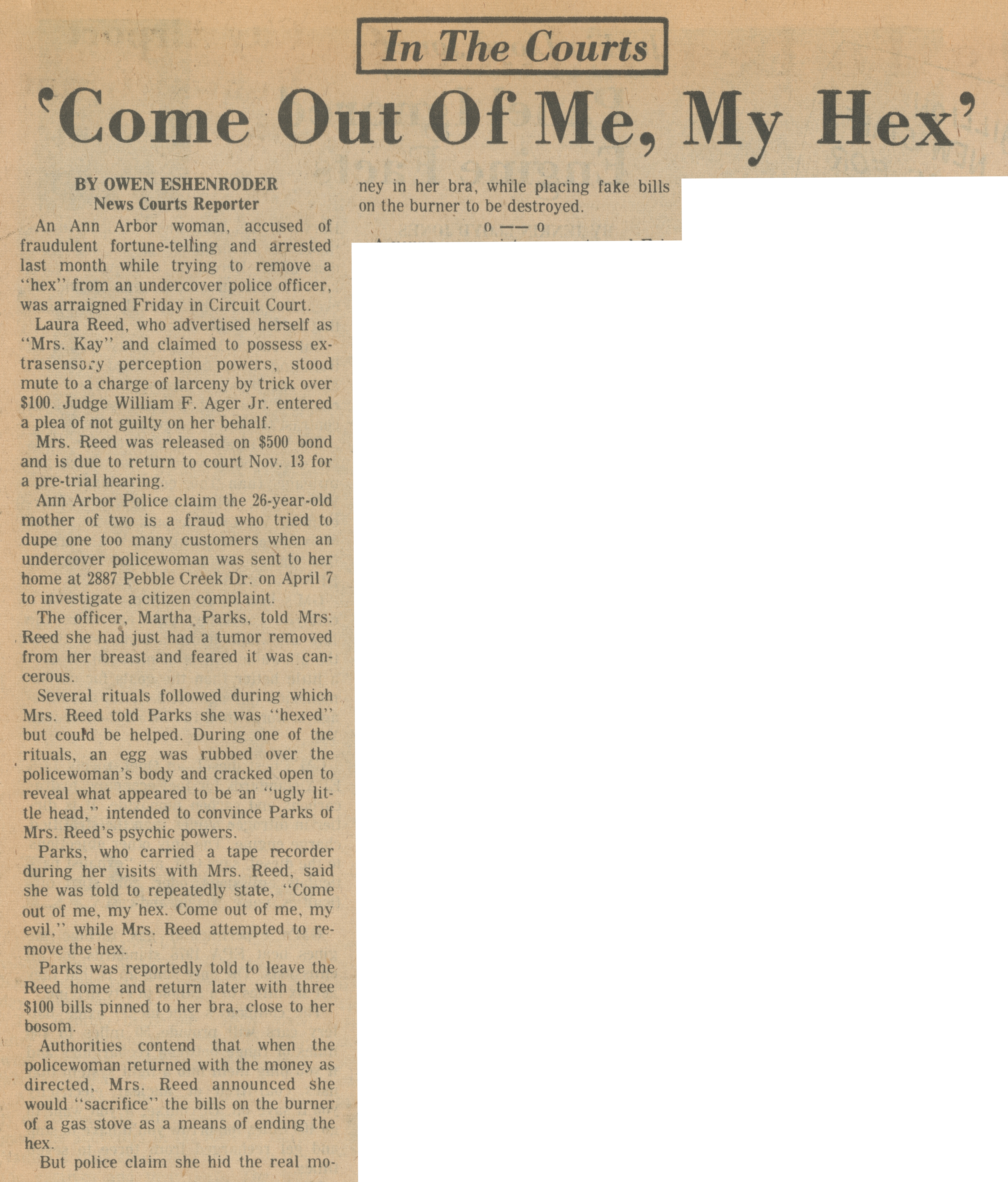 An Ann Arbor woman, accused of fraudulent fortune-telling and arrested last month while trying to remove a “hex” from an undercover police officer, was arraigned Friday in Circuit Court.

Laura Reed, who advertised herself as “Mrs. Kay” and claimed to possess extrasensory perception powers, stood mute to a charge of larceny by trick over $100. Judge William F. Ager Jr. entered a plea of not guilty on her behalf.

Mrs. Reed was released on $500 bond and is due to return to court Nov. 13 for a pre-trial hearing.

Ann Arbor Police claim the 26-year-old mother of two is a fraud who tried to dupe one too many customers when an undercover policewoman was sent to her home at 2887 Pebble Creek Dr. on April 7 to investigate a citizen complaint.

The officer, Martha Parks, told Mrs'. Reed she had just had a tumor removed from her breast and feared it was cancerous.

Several rituals followed during which Mrs. Reed told Parks she was ''hexed" but could be helped. During one of the rituals, an egg was rubbed over the policewoman’s body and cracked open to reveal what appeared to be an “ugly little head,” intended to convince Parks of Mrs. Reed’s psychic powers.

Parks was reportedly told to leave the Reed home and return later with three $100 bills pinned to her bra. close to her bosom.

Authorities contend that when the policewoman returned with the money as directed. Mrs. Reed announced she would “sacrifice” the bills on the burner of a gas stove as a means of ending the hex.

But police claim she hid the real money in her bra, while placing fake bills on the burner to be destroyed.