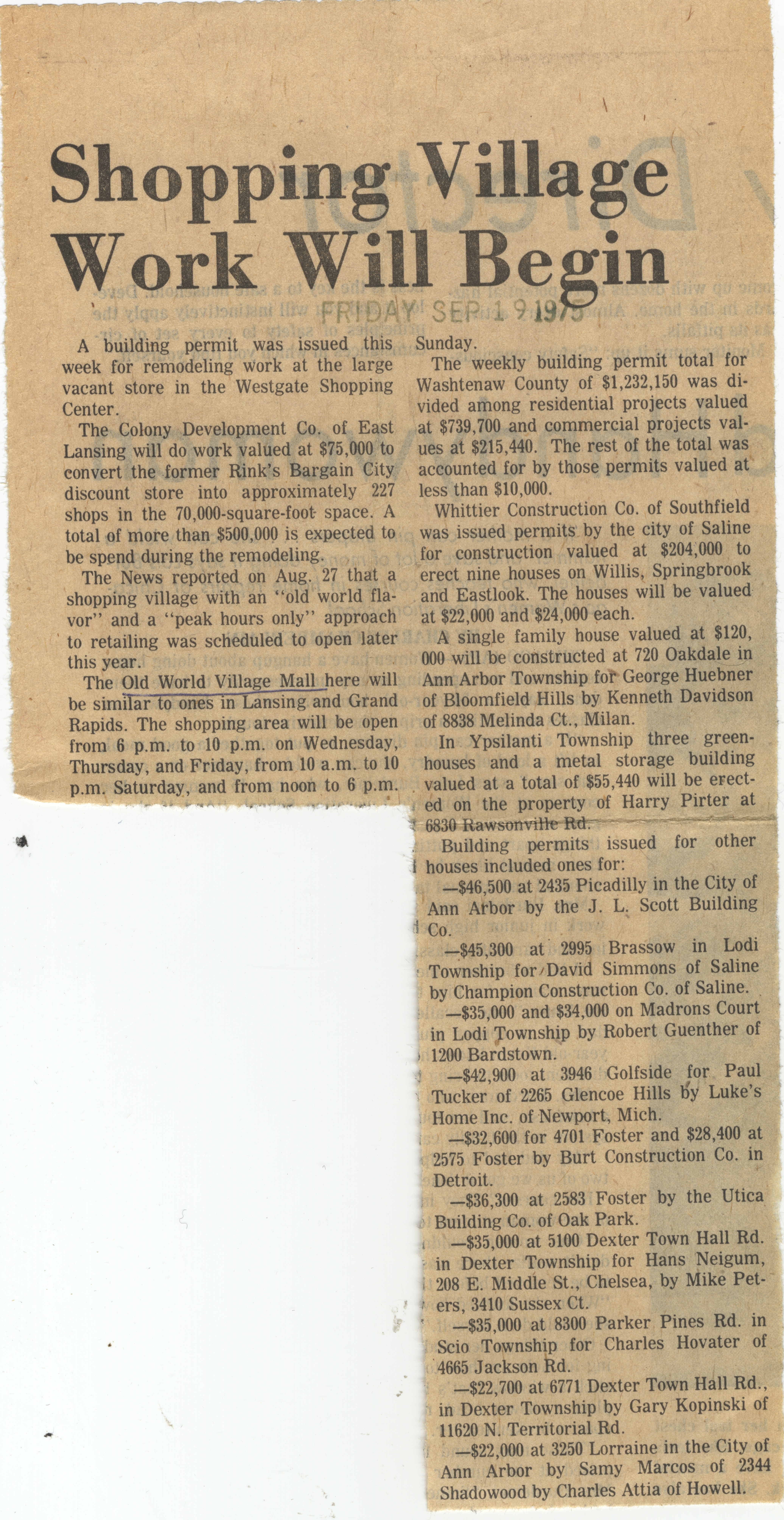 A building permit was issued this
week for remodeling work at the large
vacant store in the Westgate Shopping
Center.

The News reported on Aug. 27 that a
shopping village with an "old world fla-
vor" and a "pc, only" approach
to retailing was .^ih;uuied to open later
this year.

The Old World Village Mall here will
be similar to ones inTLansmg and Grand
Rapids. The shopping area will be open
from 6 p.m. to 10 p.m. on Wednesday,
Thursday, and Friday, from 10 a.m. to 10
.Saturday, and from noon to 6 p.m.

Whittier Construction Co. of Southfield
was issued permits by the city of Saline
for construction valued at $204,000 to
erect nine houses on Willis, Springbrook
and Eastlook. The houses will be valued
at $22,000 and $24,000 e;-

A single family houb* .i,-,iil at $120,
000 will be constructed at 720 Oakdale in
Ann Arbor Township for George Huebner
of Bloomfield Hills by Kenneth Davidson
of 8838 Melinda Ct., Milan.

In Ypsilanti Township three green-
houses and a metal storage building
valued at a total of $55,440 will be erect-
ed on the property of Harry Pirter at
6830 Rawsonvilte ftd.

Building permits issued for other
hous»^ int-lnried ones for:

— ;U on Madrons Court
in Lodi Township by Robert Guenther of
1200 Bardstown.