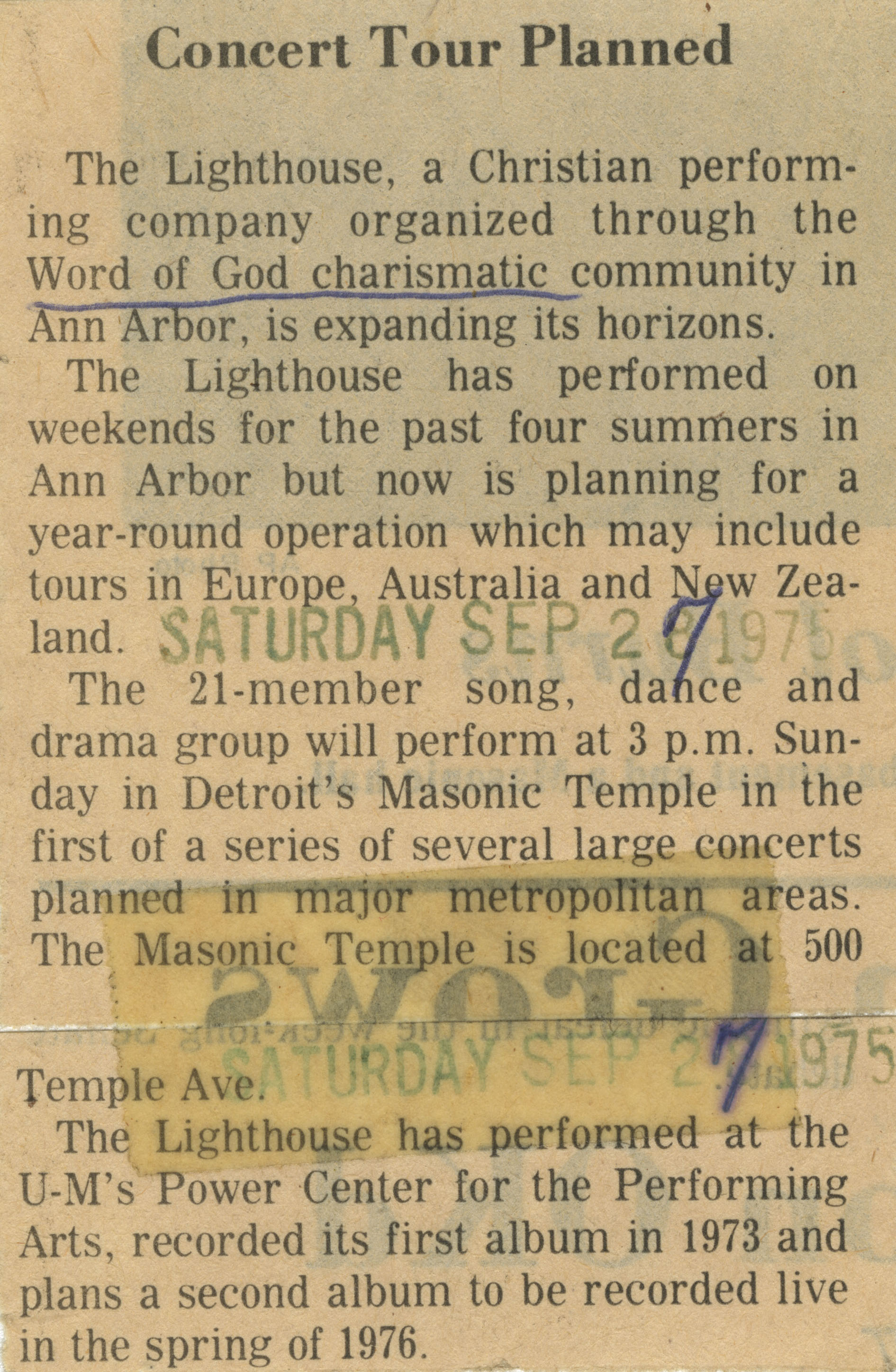 Concert Tour Planned
The Lighthouse, a Christian performing company organized through the Word of God charismatic community in Ann Arbor, is expanding its horizons.
The Lighthouse has performed on weekends for the past four summers in Ann Arbor but now is planning for a year-round operation which may include tours in Europe, Australia and New Zealand.
The 21-member song, dance and drama group will perform at 3 p.m. Sunday in Detroit's Masonic Temple in the first of a series of several large concerts planned in major metropolitan areas. The Masonic Temple is located at 500 Temple Ave.
The Lighthouse has performed at the U-M's Power Center for the Performing Arts, recorded its first album in 1973 and plans a second album to be recorded live in the spring of 1976.