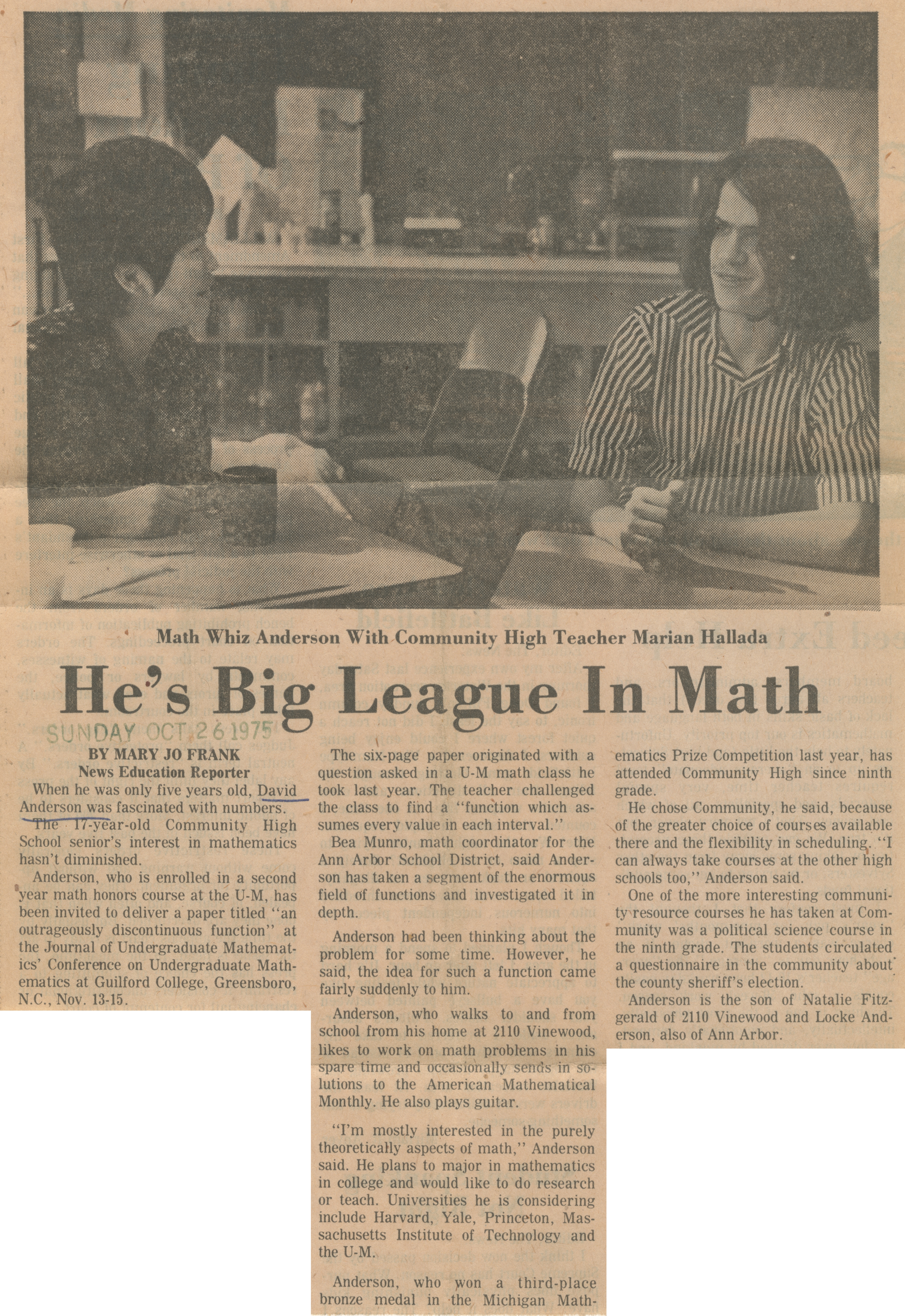 When he was only five years old, David Anderson was fascinated with numbers.

The six-page paper originated with a question asked in a U-M math class he took last year. The teacher challenged the class to find a “function which assumes every value in each interval.”

Bea Munro, math coordinator for the Ann Arbor School District, said Anderson has taken a segment of the enormous field of functions and investigated it in depth.

Anderson had been thinking about the problem for some time. However, he said, the idea for such a function came fairly suddenly to him.

Anderson, who walks to and from school from his home at 2110 Vinewood, likes to work on math problems in his spare time and occasionally sends in solutions to the American Mathematical Monthly. He also plays guitar.

“I’m mostly interested in the purely theoretically aspects of math,” Anderson said. He plans to major in mathematics in college and would like to do research or teach. Universities he is considering include Harvard, Yale, Princeton, Massachusetts Institute of Technology and the U-M.

He chose Community, he said, because of the greater choice of courses available there and the flexibility in scheduling. “I can always take courses at the other high schools too,” Anderson said.

One of the more interesting community resource courses he has taken at Community was a political science course in the ninth grade. The students circulated a questionnaire in the community about' the county sheriff’s election.

Anderson is the son of Natalie Fitzgerald of 2110 Vinewood and Locke Anderson, also of Ann Arbor.