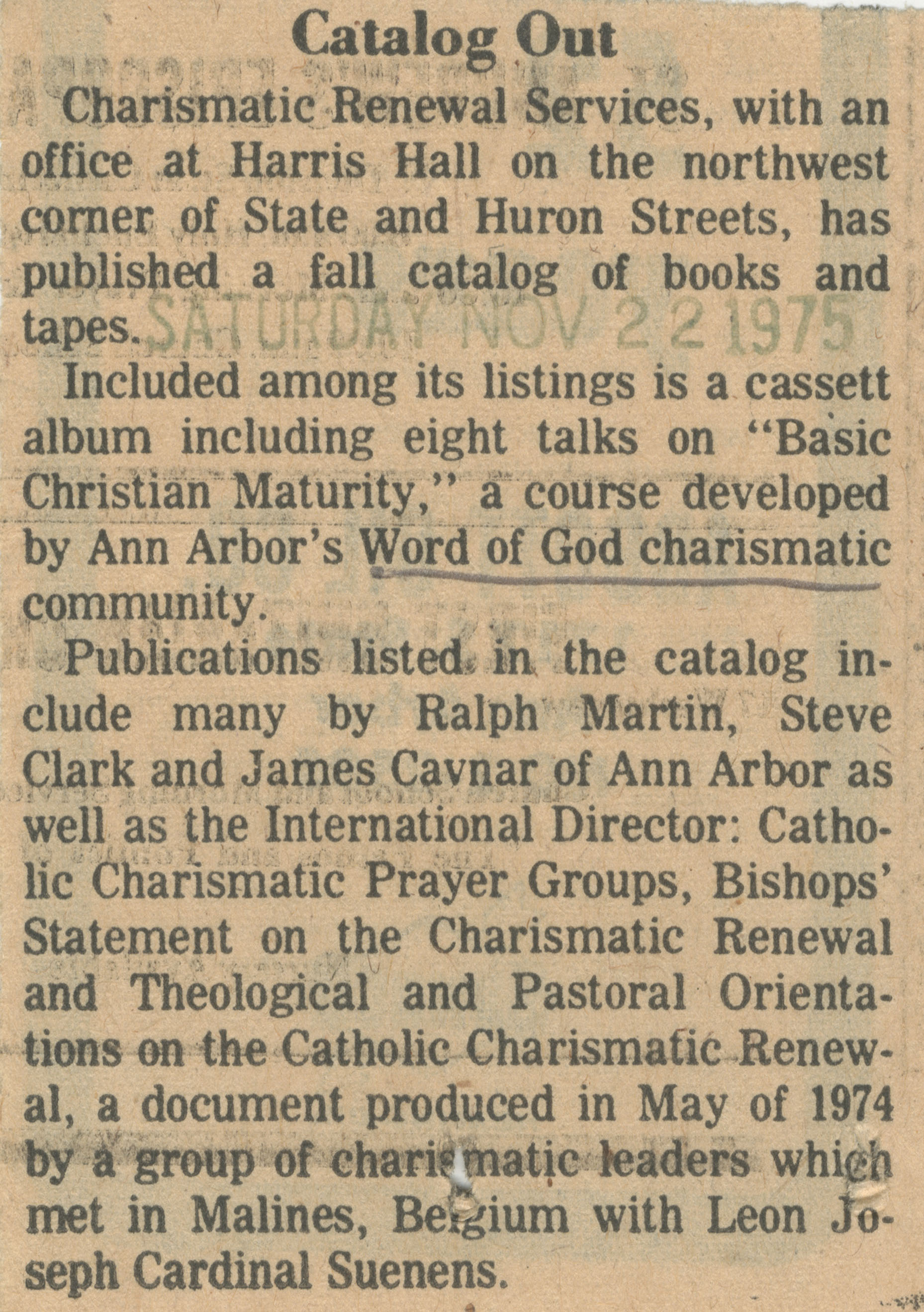 Catalog Out Charismatic Renewal Services, with an office at Harris Hall on the northwest corner of State and Huron Streets, has published a fall catalog of books and tapes.
Included among its listings is a cassette album including eight talks on “Basic Christian Maturity," a course developed by Ann Arbor's Word of God charismatic community.
Publications listed in the catalog include many by Ralph Martin, Steve Clark and James Caynar of Ann Arbor as well as the International Director: Catholic Charismatic Prayer Groups, Bishops' Statement on the Charismatic Renewal and Theological and Pastoral Orientations on the Catholic Charismatic Renewal, a document produced in May of 1974 by a group of charismatic leaders which met in Malines, Berzium with Leon Joseph Cardinal Suenens.