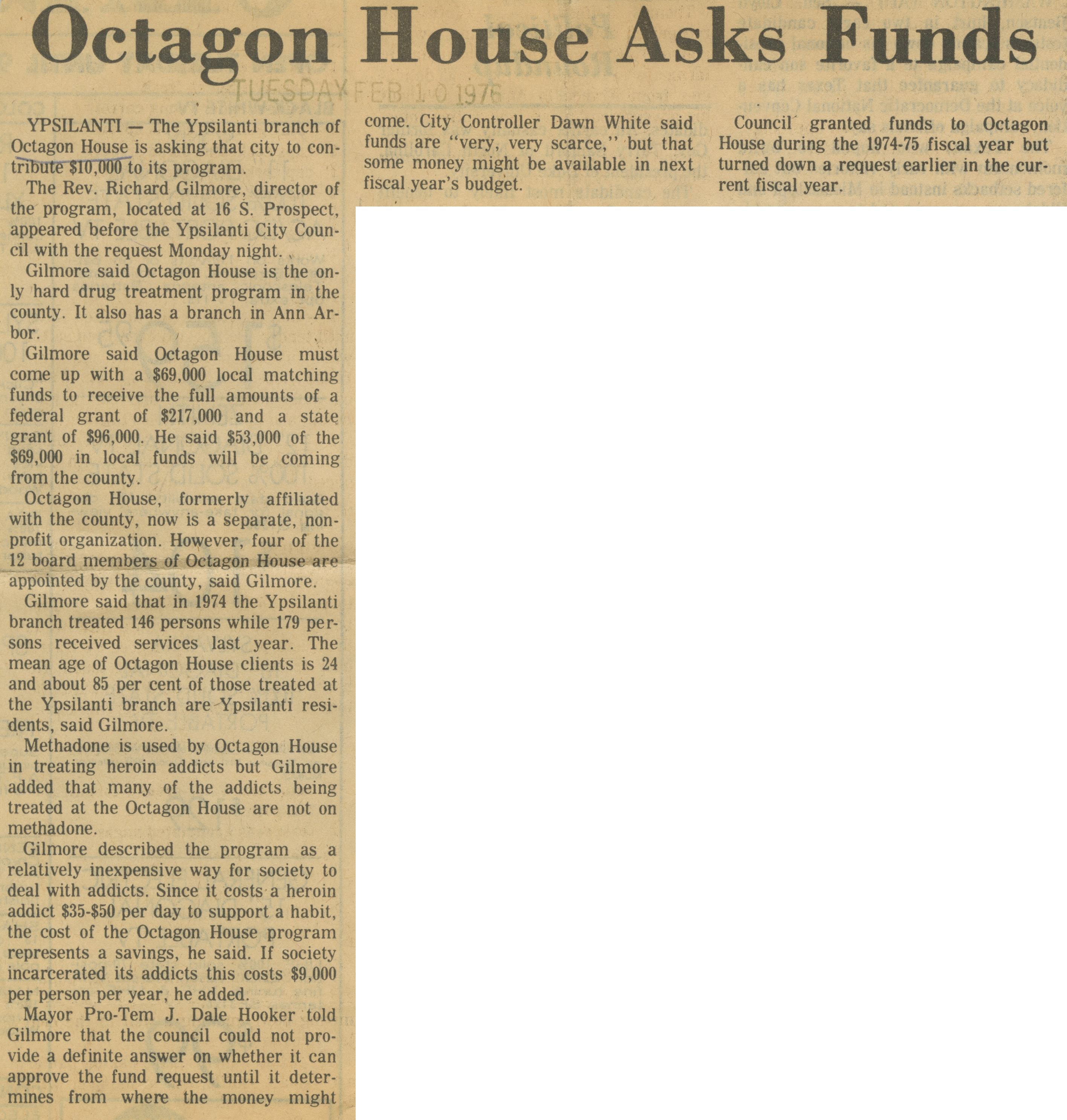 YPSILANTl — The Ypsilanti branch of Octagon House is asking that city to contribute $10,000 to its program.

The Rev. Richard Gilmore, director of the program, located at 16 S. Prospect, appeared before the Ypsilanti City Council with the request Monday night.,

Gilmore said Octagon House is the only hard drug treatment program in the county. It also has a branch in Ann Arbor.

Octagon House, formerly affiliated with the county, now is a separate, nonprofit organization. However, four of the 12 board members of Octagon House are appointed by the county, said Gilmore.

Methadone is used by Octagon House in treating heroin addicts but Gilmore added that many of the addicts being treated at the Octagon House are not on methadone.

Gilmore described the program as a relatively inexpensive way for society to deal with addicts. Since it costs a heroin addict $35-$50 per day to support a habit, the cost of the Octagon House program represents a savings, he said. If society incarcerated its addicts this costs $9,000 per person per year, he added.

Mayor Pro-Tern J. Dale Hooker told Gilmore that the council could not provide a definite answer on whether it can approve the fund request until it determines from where the money might come. City Controller Dawn White said funds are “very, very scarce," but that some money might be available in next fiscal year’s budget.

Council granted funds to Octagon House during the 1974-75 fiscal year but turned down a request earlier in the current fiscal year.