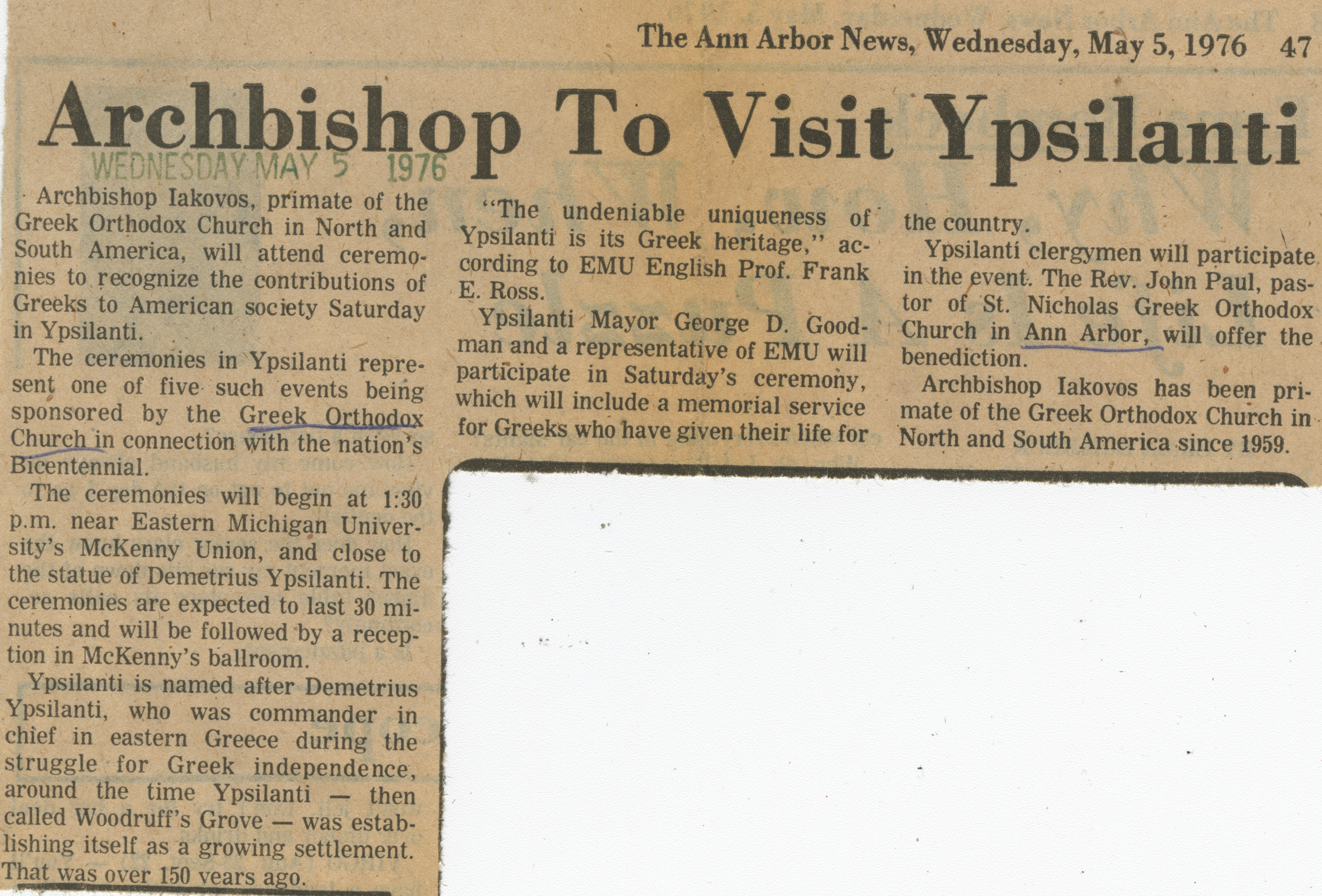 Archbishop Iakovos, primate of the Greek Orthodox Church in North and South America, will attend ceremonies to recognize the contributions of Greeks to American society Saturday in Ypsilanti.

The ceremonies in Ypsilanti represent one of five such events being sponsored by the Greek Orthodox Church in connection with the nation's Bicentennial.

The ceremonies will begin at 1:30 p.m. near Eastern Michigan University’s McKenny Union, and close to the statue of Demetrius Ypsilanti. The ceremonies are expected to last 30 minutes and will be followed by a reception in McKenny’s ballroom.

Ypsilanti is named after Demetrius Ypsilanti, who was commander in chief in eastern Greece during the struggle for Greek independence, around the time Ypsilanti — then called Woodruff’s Grove — was establishing itself as a growing settlement. That was over 150 years ago.

“The undeniable uniqueness of Ypsilanti is its Greek heritage,” according to EMU English Prof. Frank E. Ross.

Ypsilanti Mayor George D. Goodman and a representative of EMU will participate in Saturday’s ceremony, which will include a memorial service for Greeks who have given their life for their country.

Ypsilanti clergymen will participate in the event. The Rev. John Paul, pastor of St. Nicholas Greek Orthodox Church in Ann Arbor, will offer the benediction.

Archbishop Iakovos has been primate of the Greek Orthodox Church in North and South America since 1959.