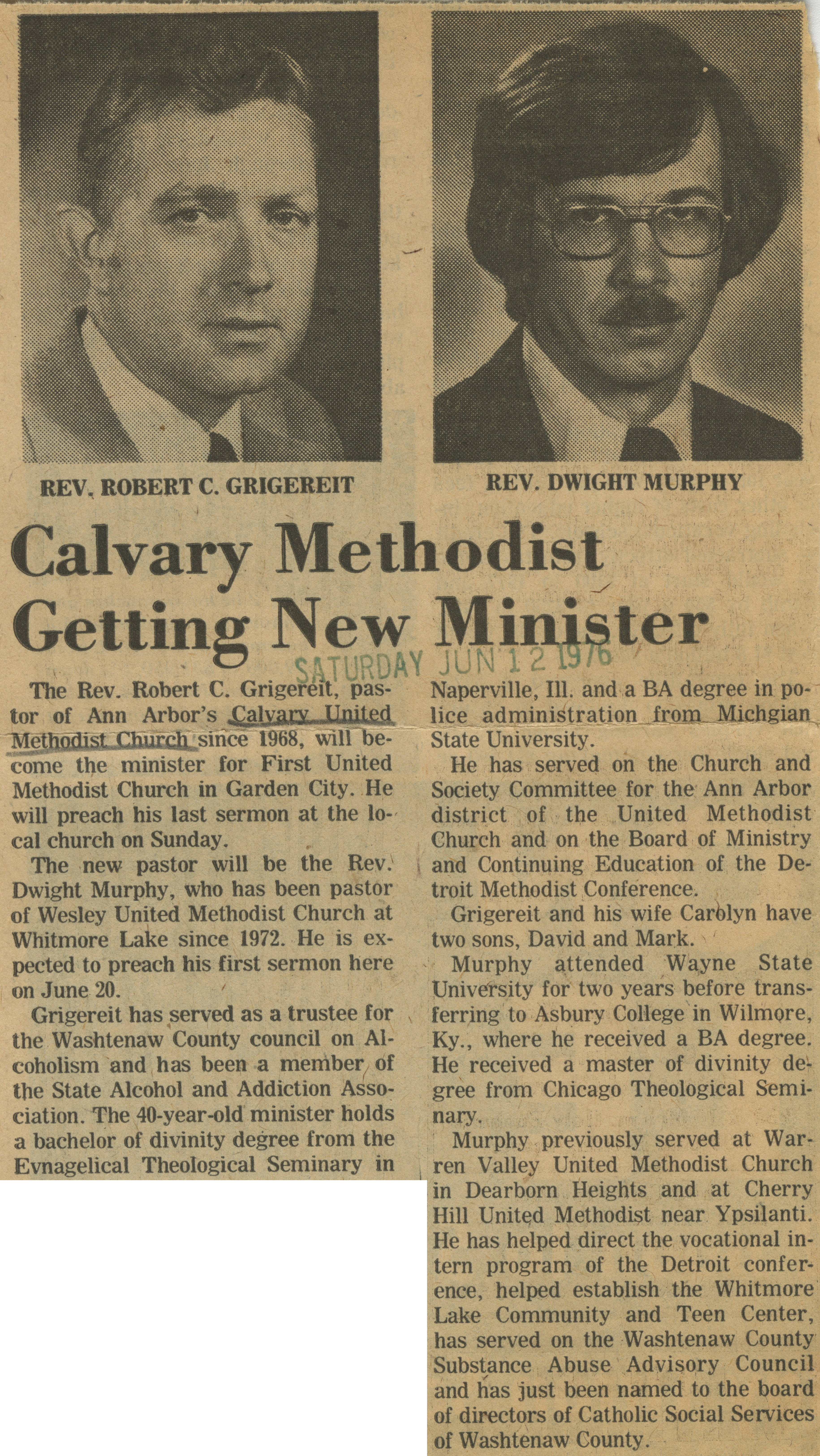 The new pastor will be the Rev. Dwight Murphy, who has been the pastor of Wesley United Methodist Church at Whitmore Lake since 1972. He is expected to preach his first sermon here on June 20.

Grigereit has served as a trustee for the Washtenaw County council on Alcoholism and has been a member of the State Alcohol and Addiction Association. The 40-year-old minister holds a bachelor of divinity degree from the Evangelical Theological Seminary in Naperville, Ill. and a BA degree in police administration from Michigan State University.

He has served on the Church and Society Committee for the Ann Arbor district of the United Methodist Church and on the Board Ministry and Continuing Education of the Detroit Methodist Conference.

Grigereit and his wife Carolyn have two sons, David and Mark.

Murphy attended Wayne State University for two years before transferring to Asbury College in Wilmore, Ky., where he received a BA degree. He received a master of divinity degree from Chicago Theological Seminary.

Murphy previously served at Warren Valley United Methodist Church in Dearborn Heights and at Cherry Hill United Methodist near Ypsilanti. He has helped direct the vocational intern program of the Detroit conference, helped establish the Whitmore Lake Community and Teen Center, has served on the Washtenaw County Substance Abuse Advisory Council and has just been named to the board of directors of Catholic Social Services of Washtenaw County.