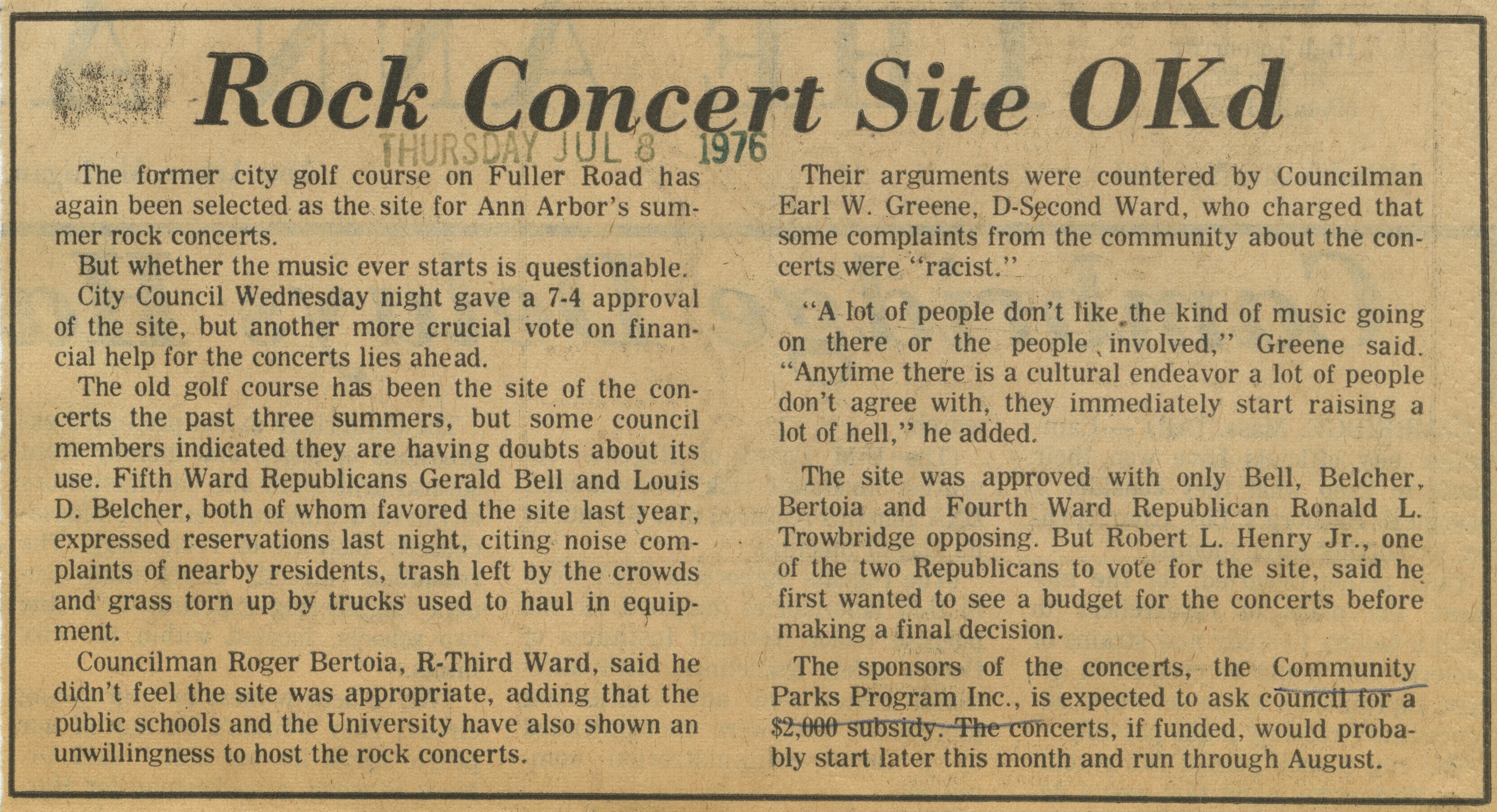 The former city golf course on Fuller Road has again been selected as the site for Ann Arbor’s summer rock concerts.

But whether the music ever starts is questionable.

City Council Wednesday night gave a 7-4 approval of the site, but another more crucial vote on financial help for the concerts lies ahead.

The old golf course has been the site of the concerts the past three summers, but some council members indicated they are having doubts about its use. Fifth Ward Republicans Gerald Bell and Louis D. Belcher, both of whom favored the site last year, expressed reservations last night, citing noise complaints of nearby residents, trash left by the crowds and grass torn up by trucks used to haul in equipment.

Councilman Roger Bertoia, R-Third Ward, said he didn’t feel the site was appropriate, adding that the public schools and the University have also shown an unwillingness to host the rock concerts.

Their arguments were countered by Councilman Earl W. Greene, D-Second Ward, who charged that some complaints from the community about the concerts were “racist.”

The site was approved with only Bell, Belcher. Bertoia and Fourth Ward Republican Ronald L. Trowbridge opposing. But Robert L. Henry Jr., one of the two Republicans to vote for the site, said he first wanted to see a budget for the concerts before making a final decision.

The sponsors of the concerts, the Community Parks Program Inc., is expected to ask council for a $2,000 subsidy. The concerts, if funded, would probably start later this month and run through August.