Minorities To Get Edge On Park Work 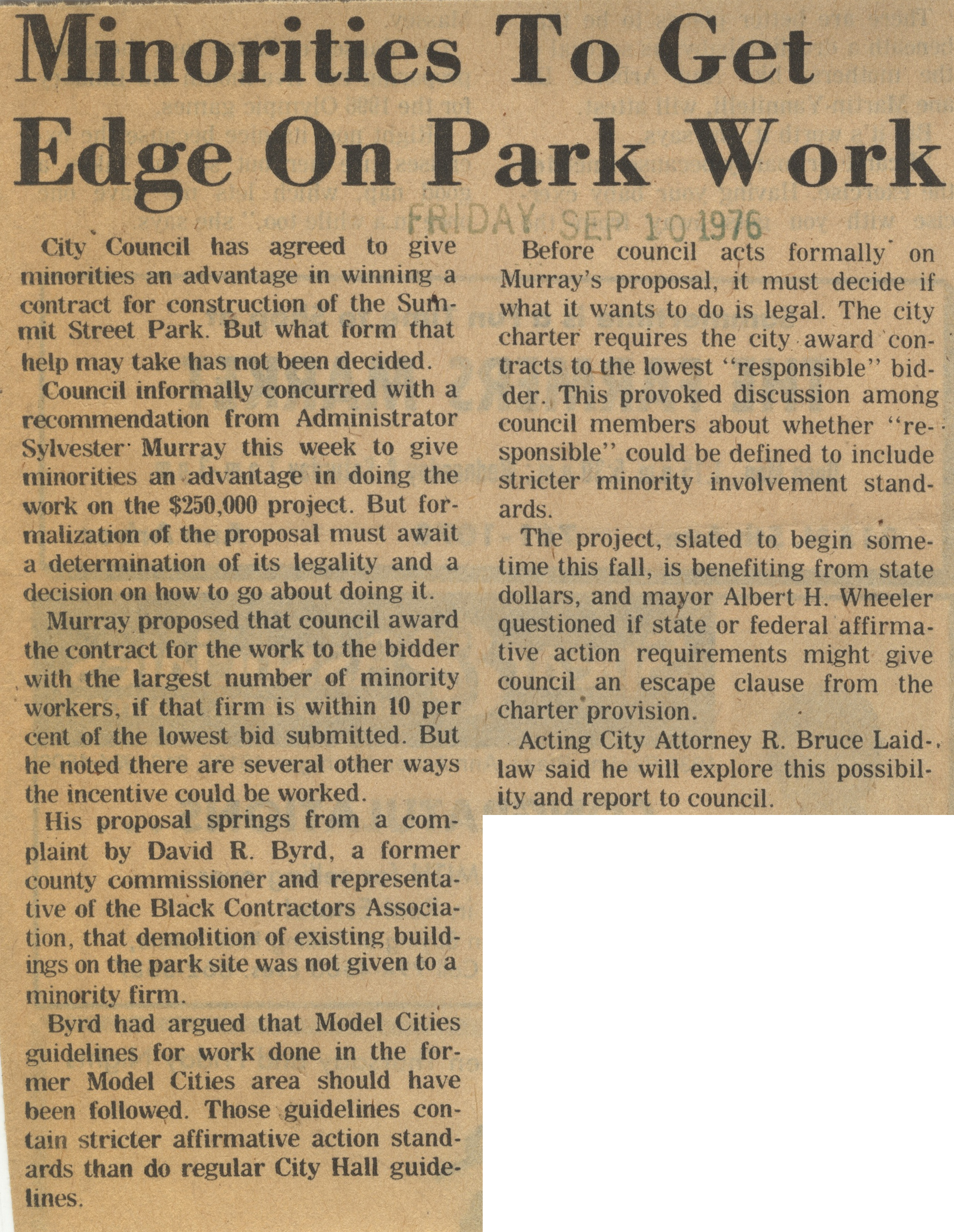 ﻿Minorities To Get Edge On Park Work

City Council has agreed to give minorities an advantage in winning a contract for construction of the Summit Street Park. But what form that help may take has not been decided.

Council informally concurred with a recommendation from Administrator Sylvester Murray this week to give minorities an advantage in doing the work on the $250,000 project. But formalization of the proposal must await a determination of its legality and a decision on how to go about doing it.

Murray proposed that council award the contract for the work to the bidder with the largest number of minority workers, if that firm is within 10 per cent of the lowest bid submitted. But he noted there are several other ways the incentive could be worked.

His proposal springs from a complaint by David R. Byrd, a former county commissioner and representative of the Black Contractors Association, that demolition of existing buildings on the park site was not given to a minority firm.

Byrd had argued that Model Cities guidelines for work done in the former Model Cities area should have been followed. Those guidelines contain stricter affirmative action standards than do regular City Hall guidelines.

Before council act formally on Murray’s proposal, it must decide if what it wants to do is legal. The city charter requires the city award contracts to the lowest "responsible" bidder. This provoked discussion among council members about whether "‘responsible” could be defined to include stricter minority involvement standards.

The project, slated to begin sometime this fall, is benefiting from state dollars, and mayor Albert H. Wheeler questioned if state or federal affirmative action requirements might give council an escape clause from the charter'provision.

Acting City Attorney R. Bruce Laidlaw said he will explore this possibility and report to council.