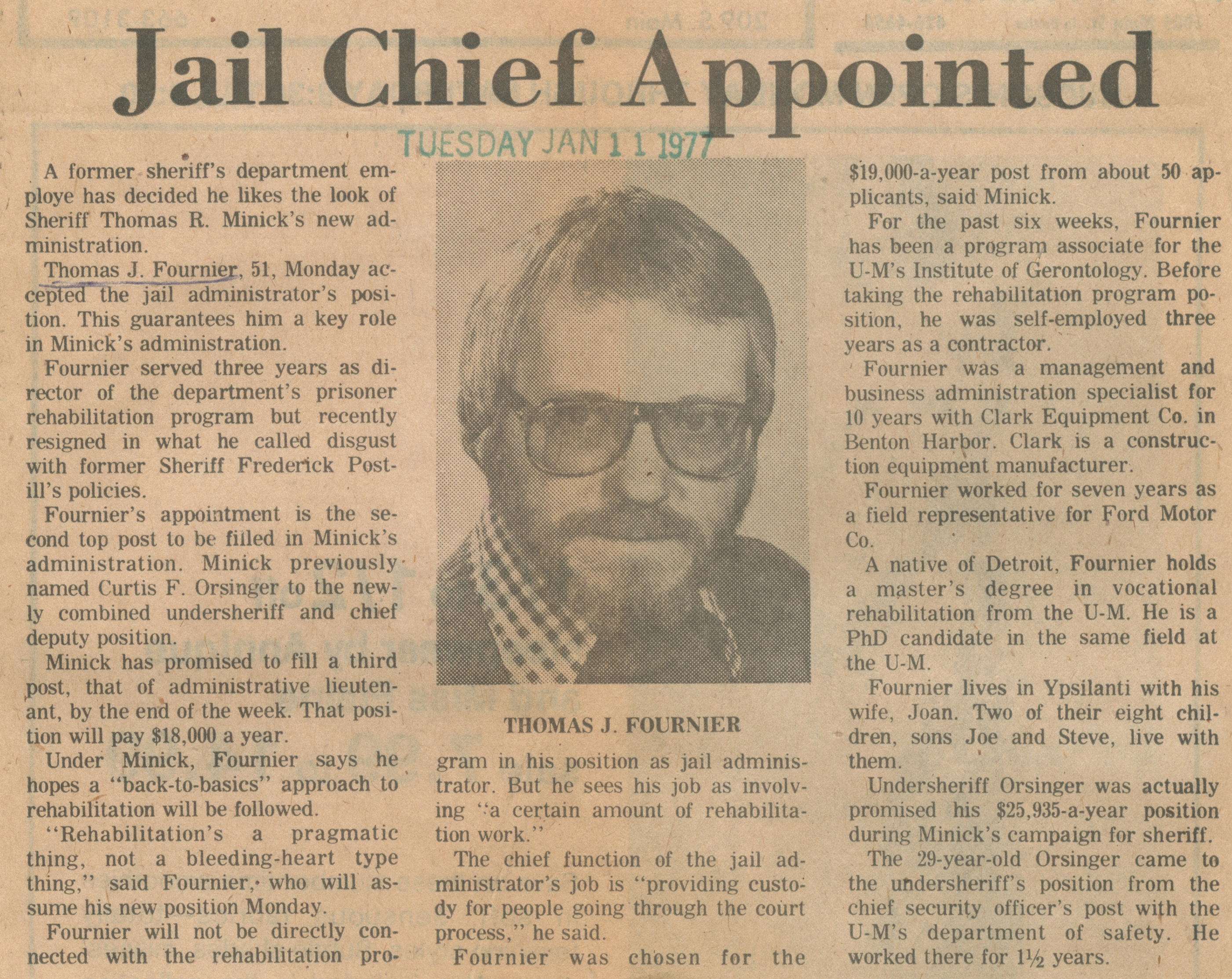 Fournier served three years as director of the department’s prisoner rehabilitation program but recently resigned in what he called disgust with former Sheriff Frederick Postill’s policies.

Minick has promised to fill a third post, that of administrative lieutenant, by the end of the week. That position will pay $18,000 a year.

Under Minick, Fournier says he hopes a “back-to-basics” approach to rehabilitation will be followed.

“Rehabilitation’s a pragmatic thing, not a bleeding-heart type thing,” said Fournier who will assume his new position Monday.

Fournier will not be directly connected with the rehabilitation program in his position as jail administrator. But he sees his job as involving "a certain amount of rehabilitation work."

The chief function of the jail administrator’s job is “providing custody for people going through the court process,” he said.

Fournier was chosen for the $19,000-a-year post from about 50 applicants, said Minick.

For the past six weeks, Fournier has been a program associate for the U-M’s Institute of Gerontology. Before taking the rehabilitation program position, he was self-employed three years as a contractor.

Fournier was a management and business administration specialist for 10 years with Clark Equipment Co. in Benton Harbor. Clark is a construction equipment manufacturer.

Fournier worked for seven years as a field representative for ford Motor Co.

A native of Detroit, Fournier holds a master’s degree in vocational rehabilitation from the U-M. He is a PhD candidate in the same field at the U-M.

Fournier lives in Ypsilanti with his wife, Joan. Two of their eight children, sons Joe and Steve, live with them.

Undersheriff Orsinger was actually promised his $25,935-a-year position during Minick’s campaign for sheriff.

The 29-year-old Orsinger came to the undersheriffs position from the chief security officer’s post with the U-M’s department of safety. He worked there for 1 1/2 years.