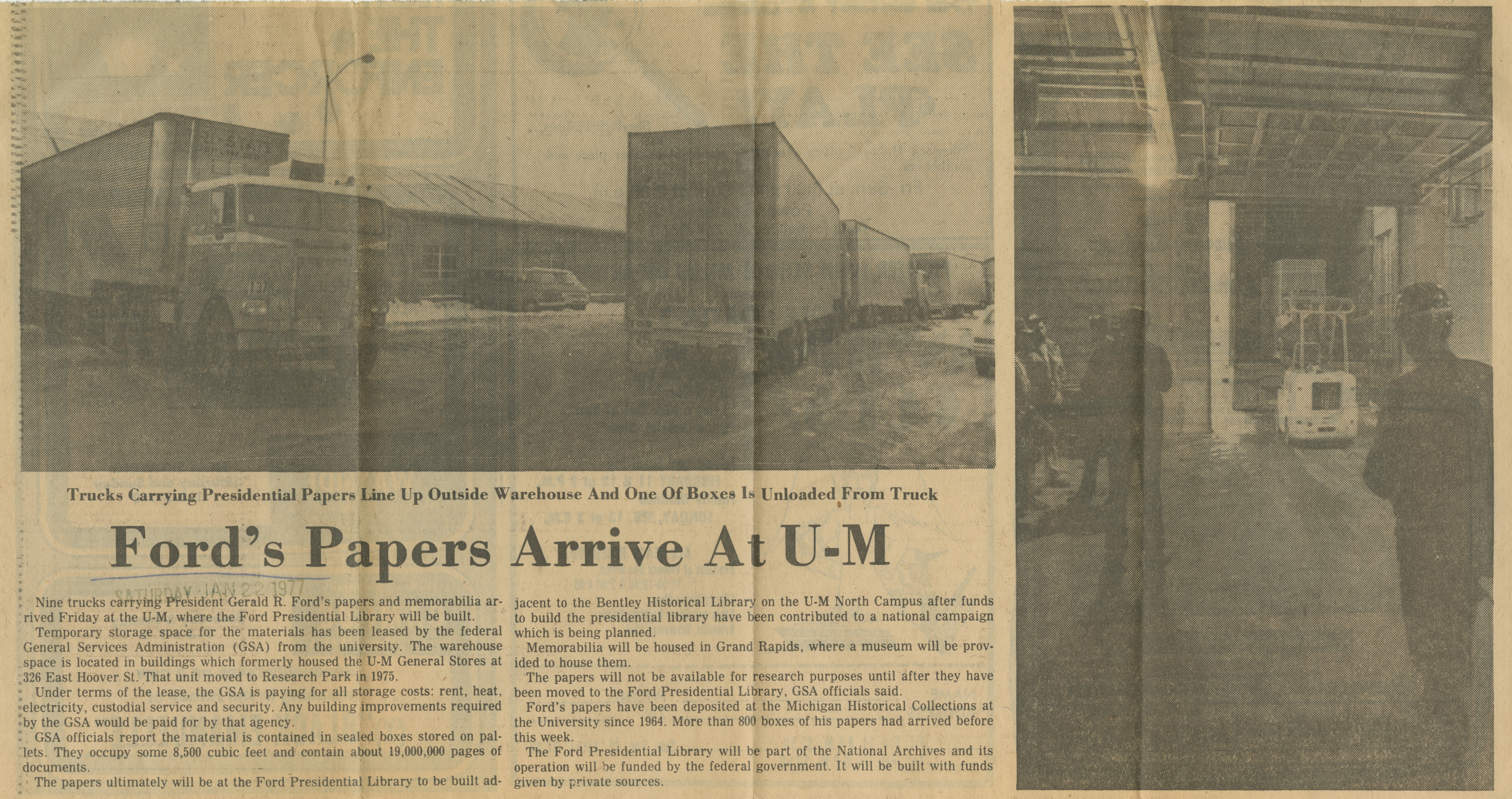 Nine trucks carrying President Gerald Ford's papers and memorabilia arrived Friday at the U-M, where the Ford Presidential Library will be built.
Temporary storage space for the materials has been leased by the federal General Services Administration (GSA) from the university. The warehouse space is located in buildings which formerly housed the UM General Stores at 326 East Hoover St. That unit moved to Research Park in 1975.
Under terms of the lease, the GSA is paying for all storage costs: rent, heat. electricity, custodial service and security. Any building improvements required by the GSA would be paid for by that agency
GSA officials report the material is contained in sealed boxes stored on pallets. They occupy some 8,500 cubic feet and contain about 10,000,000 pages of documents
The papers ultimately will be at the Ford Presidential Library to be built adjacent to the Bentley Historical Library on the UM North Campus after funds to build the presidential Library have been contributed to a national campaign which is being planned.
Memorabilia will be housed in Grand Rapids, where a museum will be provided to house them.
The papers will not be available for research purposes until after they have been moved to the Ford Presidential Library, GSA officials said
Ford's papers have been deposited at the Michigan Historical Collections at the University since 1984. More than 800 boxes of his papers had arrived before this week
The Ford Presidential Library will be part of the National Archives and its operation will be funded by the federal government. It will be built with funds given by private sources.