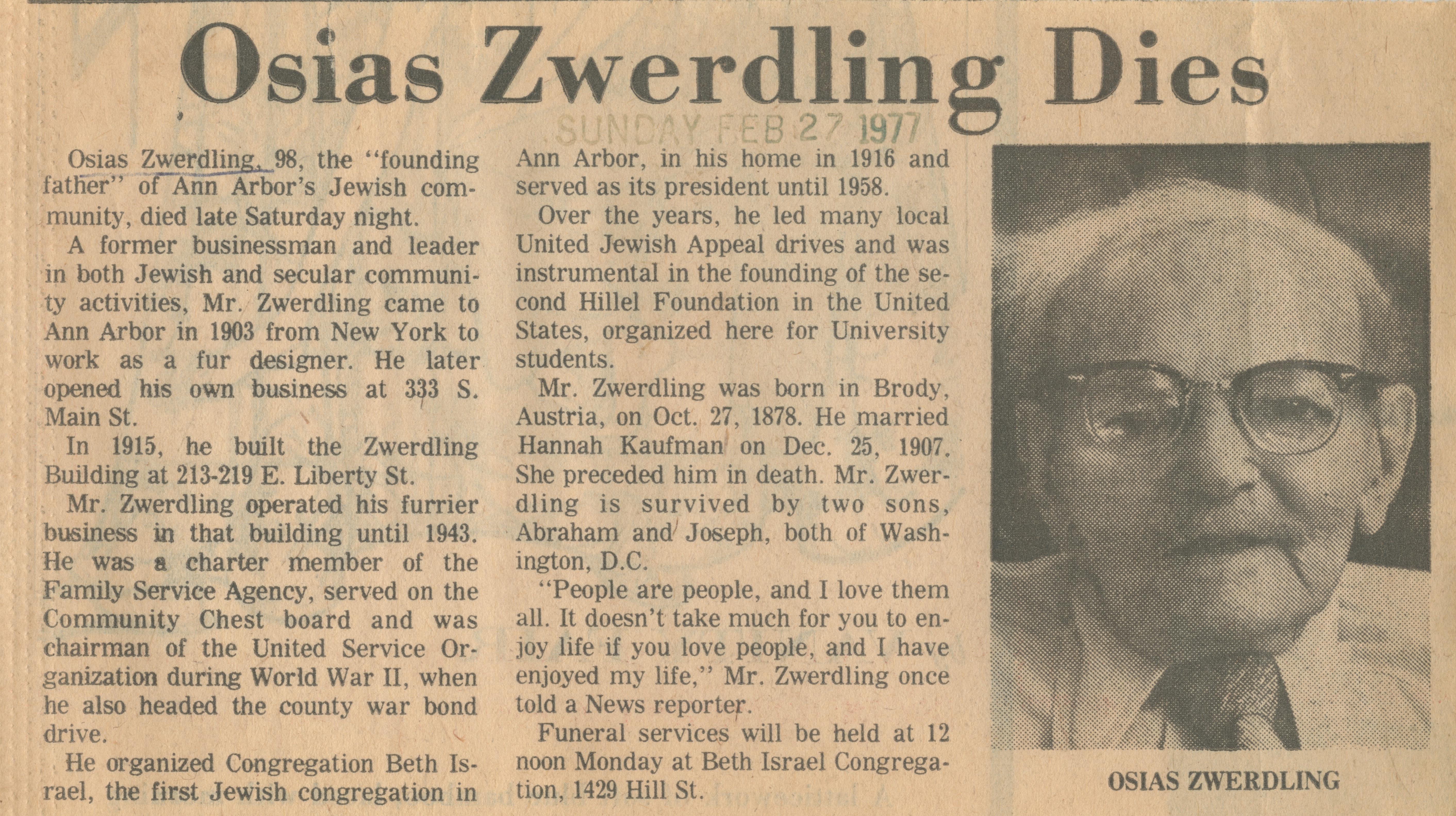 A former businessman and leader in both Jewish and secular community activities, Mr. Zwerdling came to Ann Arbor in 1903 from New York to work as a fur designer. He later opened his own business at 333 S. Main St.

Mr. Zwerdling operated his furrier business in that building until 1943. He was a charter member of the Family Service Agency, served on the Community Chest board and was chairman of the United Service Organization during World War II, when he also headed the county war bond drive.

He organized Congregation Beth Israel, the first Jewish congregation in Ann Arbor, in his home in 1916 and served as its president until 1958.

Over the years, he led many local United Jewish Appeal drives and was instrumental in the founding of the second Hillel Foundation in the United States, organized here for University students.

“People are people, and I love them all. It doesn’t take much for you to enjoy life if you love people, and I have enjoyed my life,” Mr. Zwerdling once told a News reporter