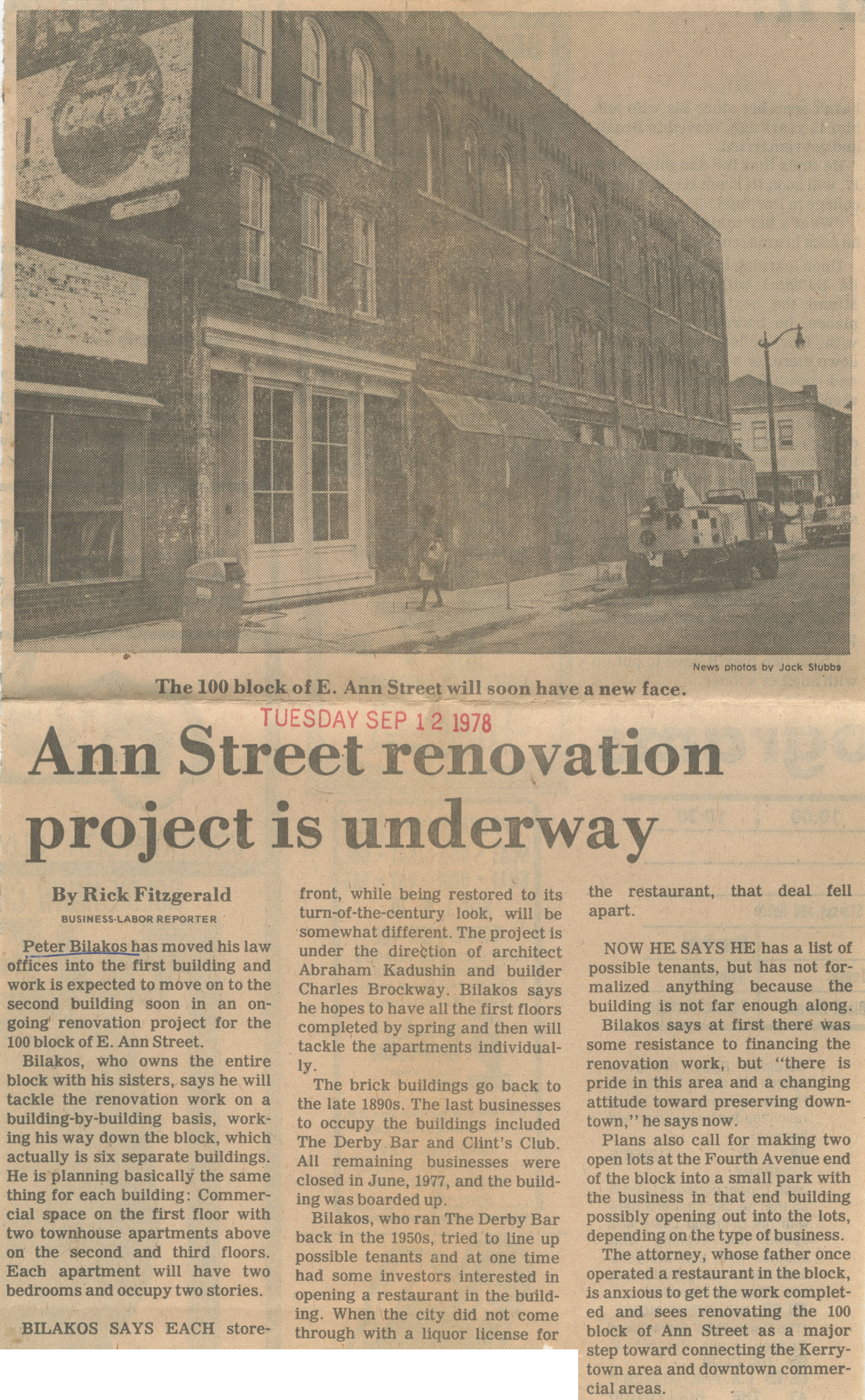 Peter Bilakos has moved his law offices into the first building and work is expected to move on to the second building soon in an ongoing renovation project for the 100 block of E. Ann Street.

Bilakos, who owns the entire block with his sisters, says he will tackle the renovation work on a building-by-building basis, working his way down the block, which actually is six separate buildings. He is planning basically the same thing for each building: Commercial space on the first floor with two townhouse apartments above on the second and third floors. Each apartment will have two bedrooms and occupy two stories.

BILAKOS SAYS EACH storefront, while being restored to its turn-of-the-century look, will be somewhat different. The project is under the direction of architect Abraham Kadushin and builder Charles Brockway. Bilakos says he hopes to have all the first floors completed by spring and then will tackle the apartments individually.

The brick buildings go back to the late 1890s. The last businesses to occupy the buildings included The Derby Bar and Clint’s Club. All remaining businesses were closed in June, 1977, and the building was boarded up.

Bilakos, who ran The Derby Bar back in the 1950s, tried to line up possible tenants and at one time had some investors interested in opening a restaurant in the building. When the city did not come through with a liquor license for the restaurant, that deal fell apart.

NOW HE SAYS HE has a list of possible tenants, but has not formalized anything because the building is not far enough along.

Bilakos says at first there was some resistance to financing the renovation work, but “there is pride in this area and a changing attitude toward preserving downtown,” he says now.

Plans also call for making two open lots at the Fourth Avenue end of the block into a small park with the business in that end building possibly opening out into the lots, depending on the type of business.

The attorney, whose father once operated a restaurant in the block, is anxious to get the work completed and sees renovating the 100 block of Ann Street as a major step toward connecting the Kerrytown area and downtown commercial areas.