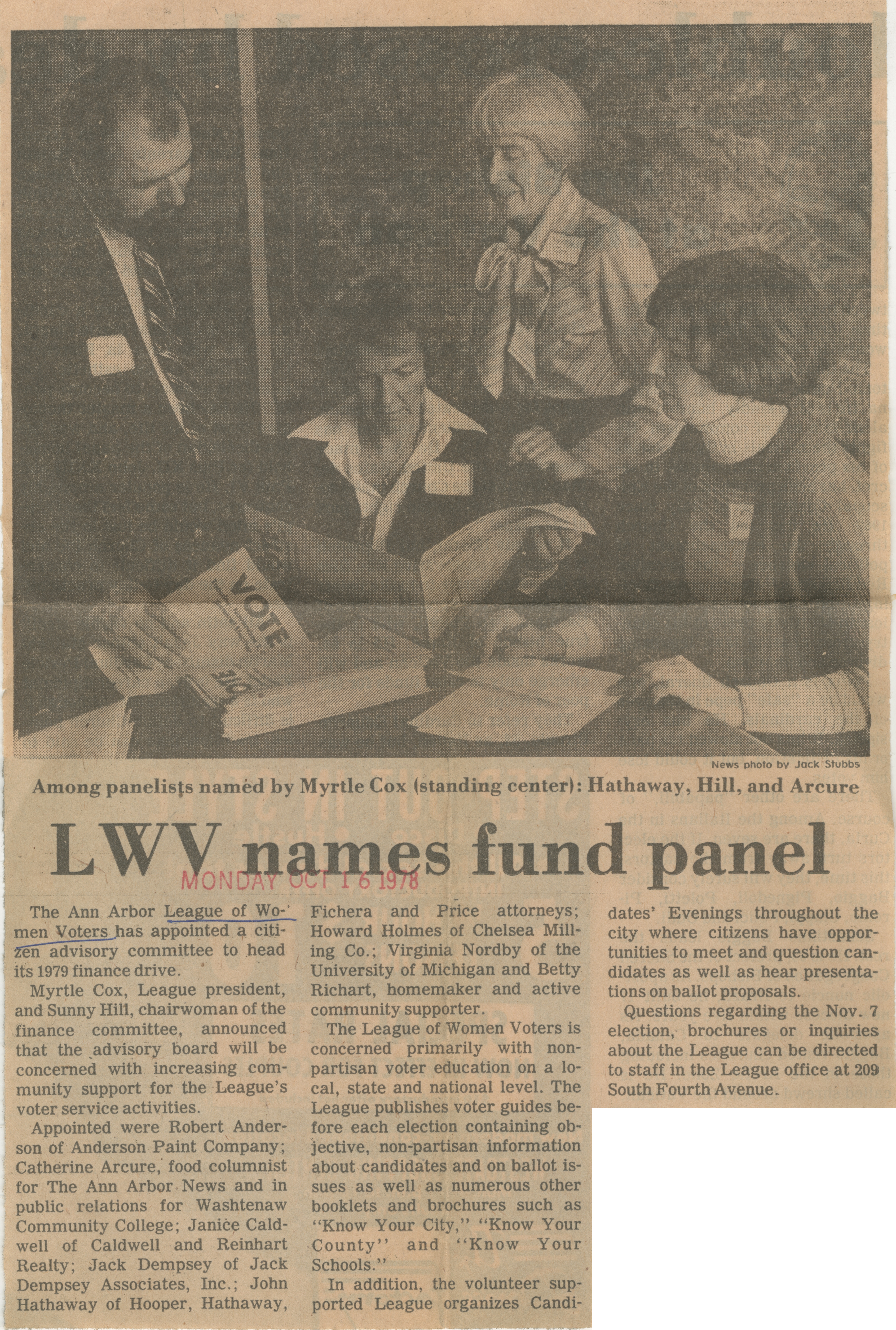 The Ann Arbor League of Women Voters has appointed a citizen advisory committee to head its 1979 finance drive.

Myrtle Cox, League president, and Sunny Hill, chairwoman of the finance committee, announced that the .advisory board will be concerned with increasing community support for the League’s voter service activities.

The League of Women Voters is concerned primarily with nonpartisan voter education on a local, state and national level. The League publishes voter guides before each election containing objective, non-partisan information about candidates and on ballot issues as well as numerous other booklets and brochures such as “Know Your City,” “Know Your County” and ‘‘Know Your Schools.”

In addition, the volunteer supported League organizes Candidates’ Evenings throughout the city where citizens have opportunities to meet and question candidates as well as hear presentations on ballot proposals.

Questions regarding the Nov. 7 election, brochures or inquiries about the League can be directed to staff in the League office at 209 South Fourth Avenue.