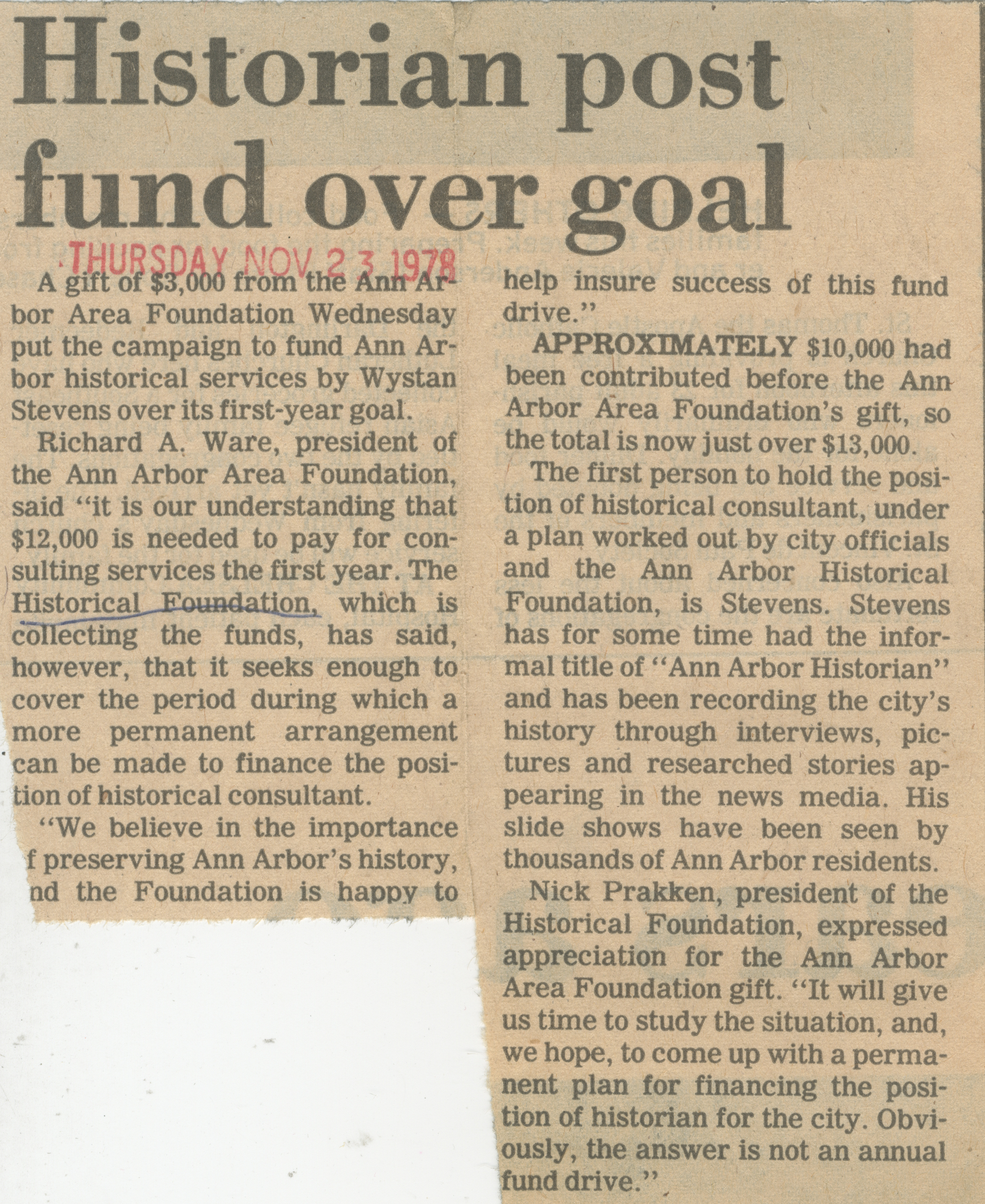 A gift of $3,000 from the Ann Arbor Area Foundation Wednesday put the campaign to fund Ann Arbor historical services by Wystan Stevens over its first-year goal.

Richard A. Ware, president of the Ann Arbor Area Foundation, said “it is our understanding that $12,000 is needed to pay for consulting services the first year. The Historical Foundation, which is collecting the funds, has said, however, that it seeks enough to cover the period during which a more permanent arrangement can be made to finance the position of historical consultant.

“We believe in the importance of preserving Ann Arbor’s history, and the Foundation is happy to help insure success of this fund drive.”

APPROXIMATELY $10,000 had been contributed before the Ann Arbor Area Foundation’s gift, so the total is now just over $13,000.

The first person to hold the position of historical consultant, under a plan worked out by city officials and the Ann Arbor Historical Foundation, is Stevens. Stevens has for some time had the informal title of “Ann Arbor Historian” and has been recording the city’s history through interviews, pictures and researched stories appearing in the news media. His slide shows have been seen by thousands of Ann Arbor residents.

Nick Prakken, president of the Historical Foundation, expressed appreciation for the Ann Arbor Area Foundation gift. “It will give us time to study the situation, and, we hope, to come up with a permanent plan for financing the position of historian for the city. Obviously, the answer is not an annual fund drive.”.