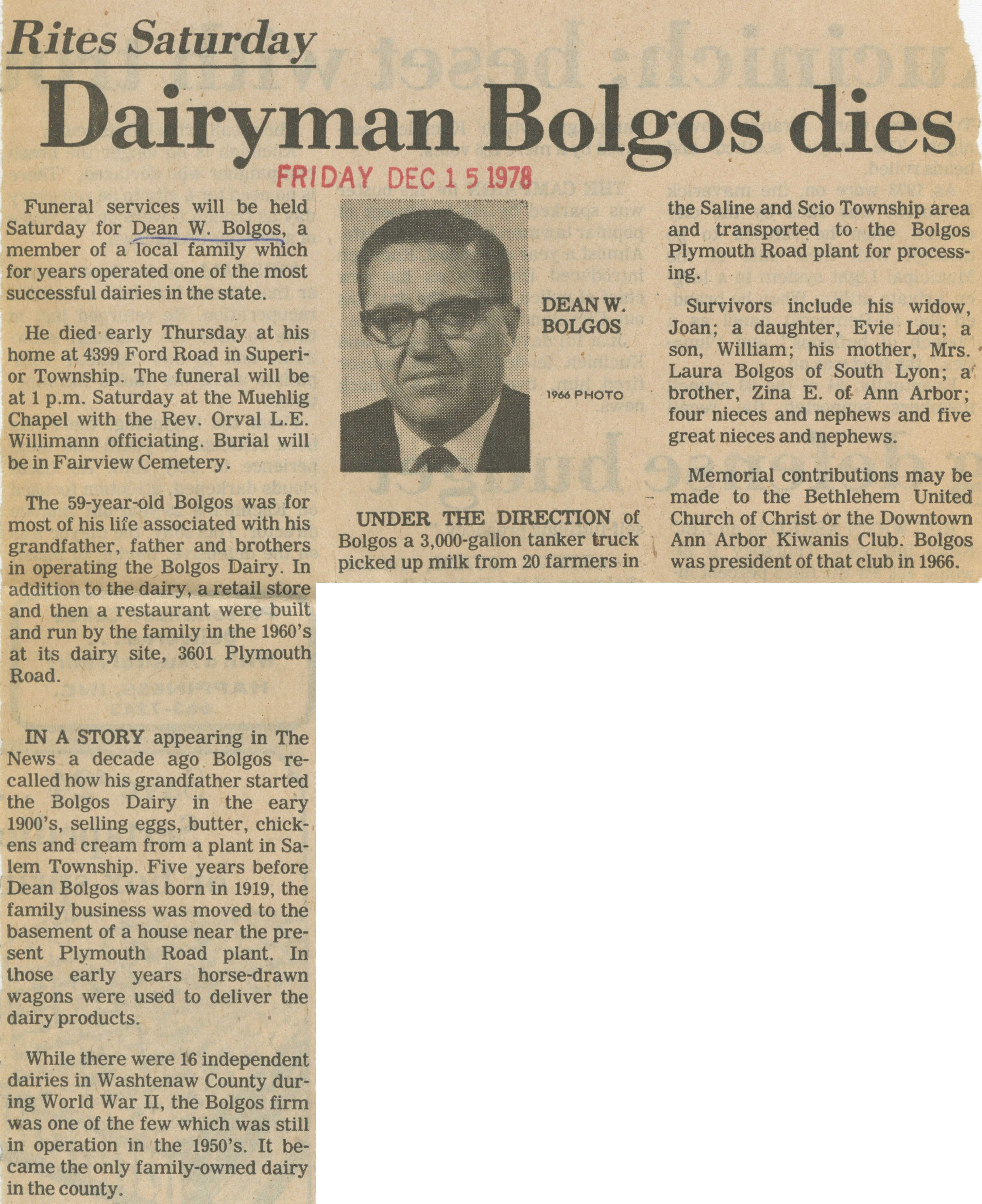 Funeral services will be held Saturday for Dean W. Bolgos, a member of a local family which for years operated one of the most successful dairies in the state.

He died early Thursday at his home at 4399 Ford Road in Superior Township. The funeral will be at 1 p.m. Saturday at the Muehlig Chapel with the Rev. Orval L.E. Willimann officiating. Burial will be in Fairview Cemetery.

The 59-year-old Bolgos was for most of his life associated with his grandfather, father and brothers in operating the Bolgos Dairy. In addition to the dairy, a retail store and then a restaurant were built and run by the family in the 1960’s at its dairy site, 3601 Plymouth Road.

IN A STORY appearing in The News a decade ago Bolgos recalled how his grandfather started the Bolgos Dairy in the eary 1900’s, selling eggs, butter, chickens and cream from a plant in Salem Township. Five years before Dean Bolgos was born in 1919, the family business was moved to the basement of a house near the present Plymouth Road plant. In those early years horse-drawn wagons were used to deliver the dairy products.

While there were 16 independent dairies in Washtenaw County during World War II, the Bolgos firm was one of the few which was still in operation in the 1950’s. It became the only family-owned dairy in the county.

UNDER THE DIRECTION of Bolgos a 3,000-gallon tanker truck picked up milk from 20 farmers in the Saline and Scio Township area and transported to the Bolgos Plymouth Road plant for processing.

Memorial contributions may be made to the Bethlehem United Church of Christ or the Downtown Ann Arbor Kiwanis Club. Bolgos was president of that club in 1966.