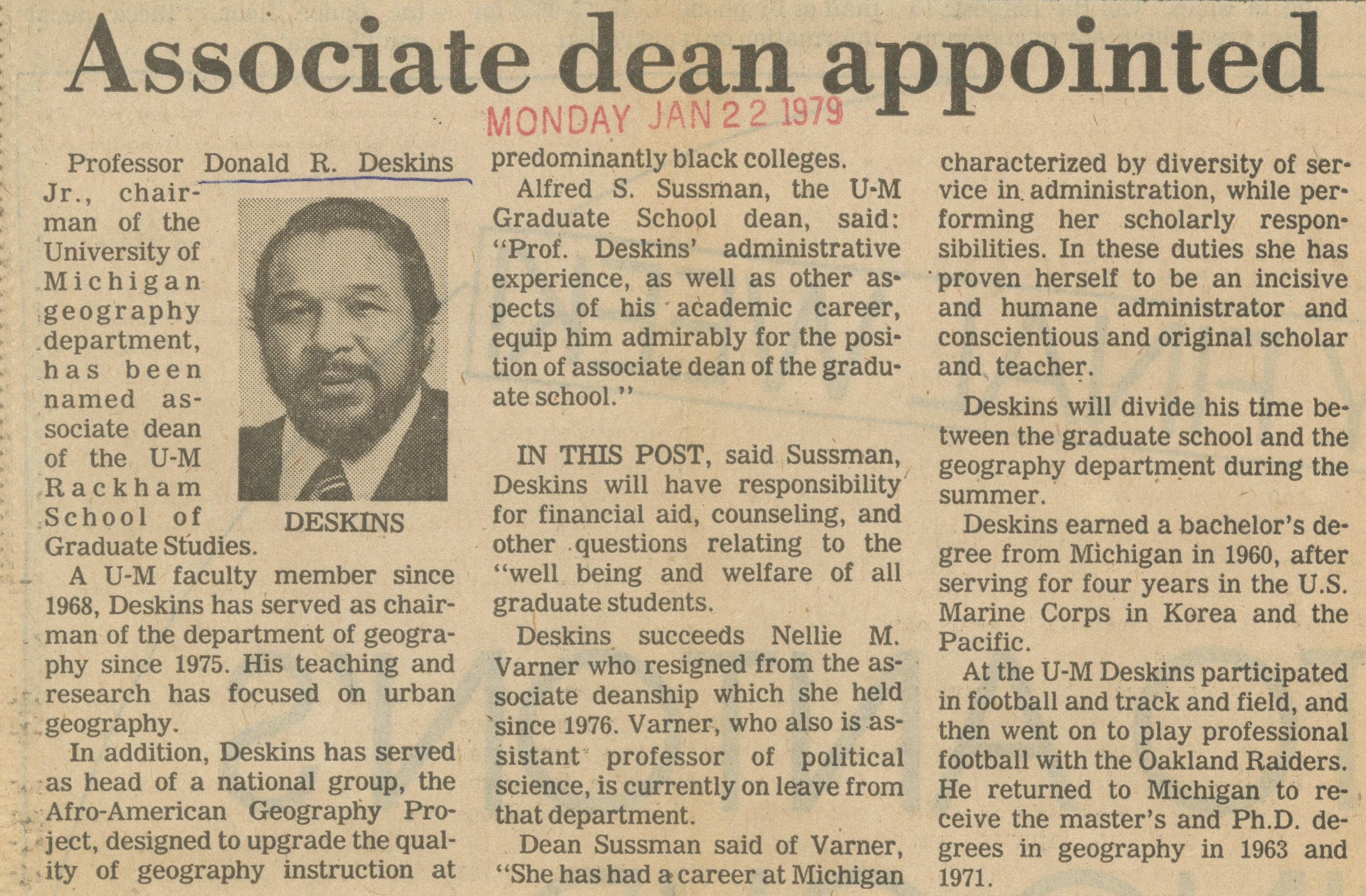 Professor Donald R. Deskins Jr., chairman of the University of Michigan geography department, has been named associate dean of the U-M Rackham School of Graduate Studies.

A U-M faculty member since 1968, Deskins has served as chairman of the department of geography since 1975. His teaching and research has focused on urban geography.

In addition, Deskins has served as head of a national group, the Afro-American Geography Project, designed to upgrade the quality of geography instruction at predominantly black colleges.

Alfred S. Sussman, the U-M Graduate School dean, said: “Prof. Deskins’ administrative experience, as well as other aspects of his academic career, equip him admirably for the position of associate dean of the graduate school."

IN THIS POST, said Sussman, Deskins will have responsibility for financial aid, counseling, and other questions relating to the “well being and welfare of all graduate students."

Deskins succeeds Nellie M. Varner who resigned from the associate deanship which she held since 1976. Varner, who also is assistant professor of political science, is currently on leave from that department.

Dean Sussman said of Varner, “She has had a career at Michigan characterized by diversity of service in administration, while performing her scholarly responsibilities. In these duties she has proven herself to be an incisive and humane administrator and conscientious and original scholar and teacher.

Deskins will divide his time between the graduate school and the geography department during the summer.

Deskins earned a bachelor’s degree from Michigan in 1960, after serving for four years in the U.S. Marine Corps in Korea and the Pacific.

At the U-M Deskins participated in football and track and field, and then went on to play professional football with the Oakland Raiders. He returned to Michigan to receive the master’s and Ph.D. degrees in geography in 1963 and 1971.