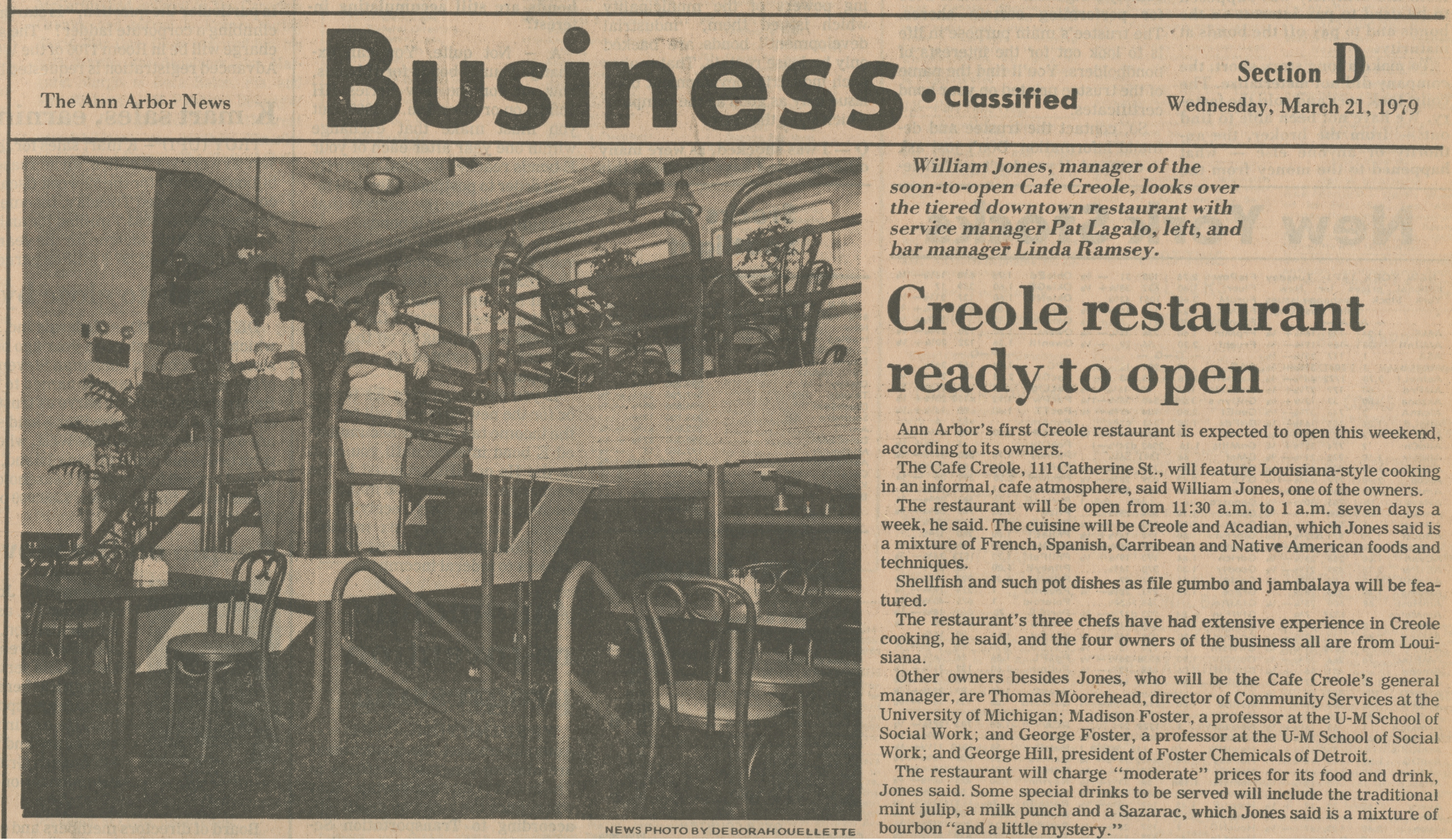 Ann Arbor’s first Creole restaurant is expected to open this weekend, according to its owners.

The Cafe Creole, 111 Catherine St., will feature Louisiana-style cooking in an informal, cafe atmosphere, said William Jones, one of the owners.

The restaurant will be open from 11:30 a.m. to 1 a.m. seven days a week, he said. The cuisine will be Creole and Acadian, which Jones said is a mixture of French, Spanish, Caribbean and Native American foods and techniques.

Shellfish and such pot dishes as file gumbo and jambalaya will be featured.

The restaurant’s three chefs have had extensive experience in Creole cooking, he said, and the four owners of the business all are from Louisiana.

The restaurant will charge “moderate” prices for its food and drink, Jones said. Some special drinks to be served will include the traditional mint julip, a milk punch and a Sazarac, which Jones said is a mixture of bourbon “and a little mystery.”