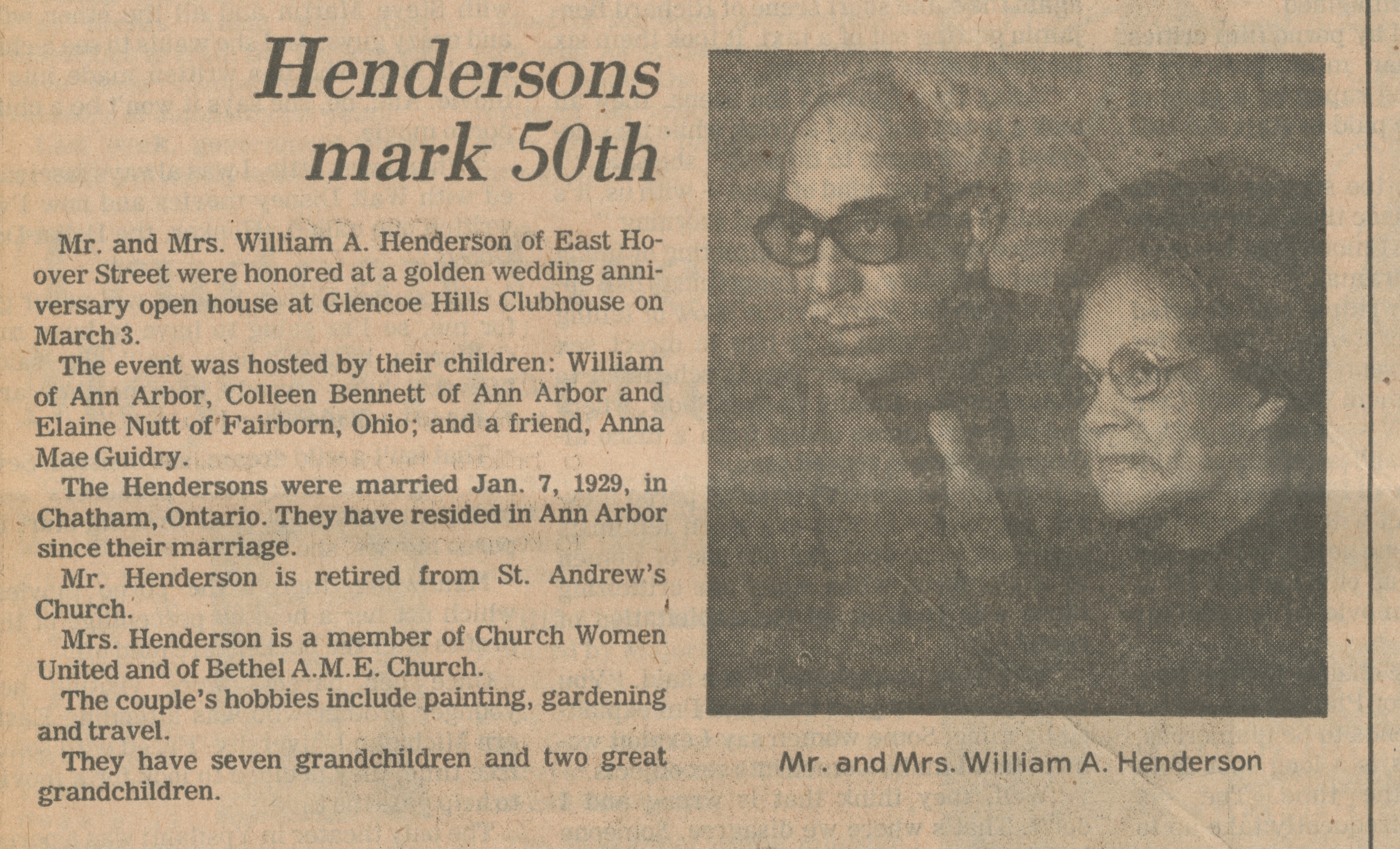 Mr. and Mrs. William A. Henderson of East Hanover Street were honored at a golden wedding anniversary open house at Glencoe Hills Clubhouse on March 3.

The event was hosted by their children: William of Ann Arbor, Colleen Bennett of Ann Arbor and Elaine Nutt of Fairborn, Ohio; and a friend, Anna Mae Guidry.

The Hendersons were married Jan. 7, 1929, in Chatham, Ontario. They have resided in Ann Arbor since their marriage.

Mrs. Henderson is a member of Church Women United and of Bethel A.M.E. Church.

The couple's hobbies include painting, gardening and travel.