Chinese restaurant to open next week 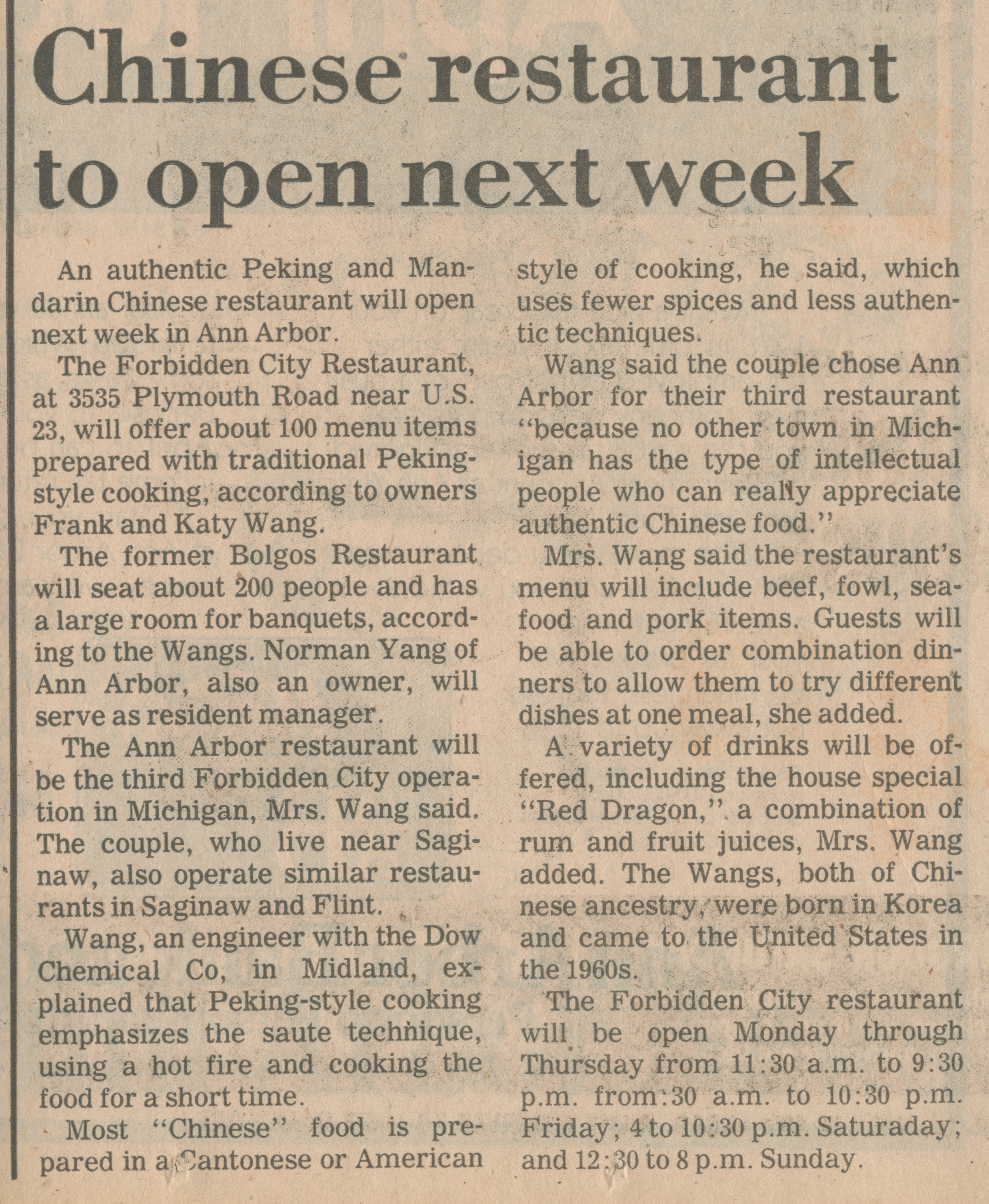 ﻿Chinese restaurant to open next week

An authentic Peking and Mandarin Chinese restaurant will open next week in Ann Arbor.

The Forbidden City Restaurant, at 3535 Plymouth Road near U.S. 23, will offer about 100 menu items prepared with traditional Peking-style cooking, according to owners Frank and Katy Wang.

The former Bolgos Restaurant will seat about 200 people and has a large room for banquets, according to the Wangs. Norman Yang of Ann Arbor, also an owner, will serve as resident manager.

The Ann Arbor restaurant will be the third Forbidden City operation in Michigan, Mrs. Wang said. The couple, who live near Saginaw, also operate similar restaurants in Saginaw and Flint.

Wang, an engineer with the Dow Chemical Co, in Midland, explained that Peking-style cooking emphasizes the saute technique, using a hot fire and cooking the food for a short time.

Most “Chinese” food is prepared in a Cantonese or American style of cooking, he said, which uses fewer spices and less authentic techniques.

Wang said the couple chose Ann Arbor for their third restaurant “because no other town in Michigan has the type of intellectual people who can really appreciate authentic Chinese food.”

Mrs. Wang said the restaurant’s menu will include beef, fowl, seafood and pork items. Guests will be able to order combination dinners to allow them to try different dishes at one meal, she added.

A variety of drinks will be offered, including the house special “Red Dragon,”, a combination of rum and fruit juices, Mrs. Wang added. The Wangs, both of Chinese ancestry, were born in Korea and came to the United States in the 1960s.