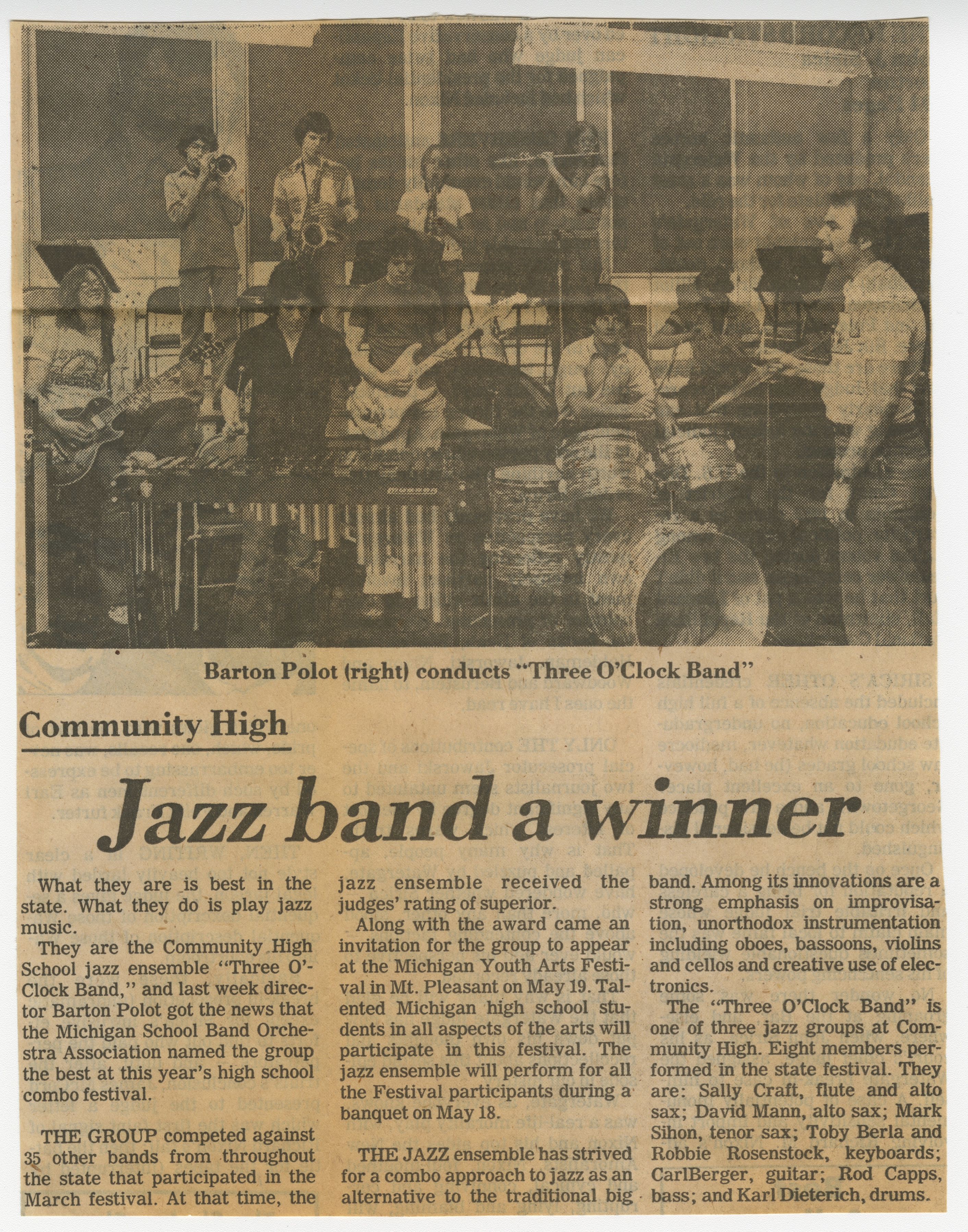 What they are is best in the state. What they do is play jazz music.

They are the Community High School jazz ensemble “Three O’clock Band,” and last week director Barton Polot got the news that the Michigan School Band Orchestra Association named the group the best at this year’s high school combo festival.

THE GROUP competed against other bands from throughout state that participated in the March festival. At that time, the jazz ensemble received the judges’ rating of superior.

Along with the award came an invitation for the group to appear at the Michigan Youth Arts Festival in Mt. Pleasant on May 19. Talented Michigan high school students in all aspects of the arts will participate in this festival. The jazz ensemble will perform for all the Festival participants during a banquet on May 18.

THE JAZZ ensemble has strived for a combo approach to jazz as an alternative to the traditional big band. Among its innovations are a strong emphasis on improvisation, unorthodox instrumentation including oboes, bassoons, violins and cellos and creative use of electronics.