Three M 'Greats' To Be Honored 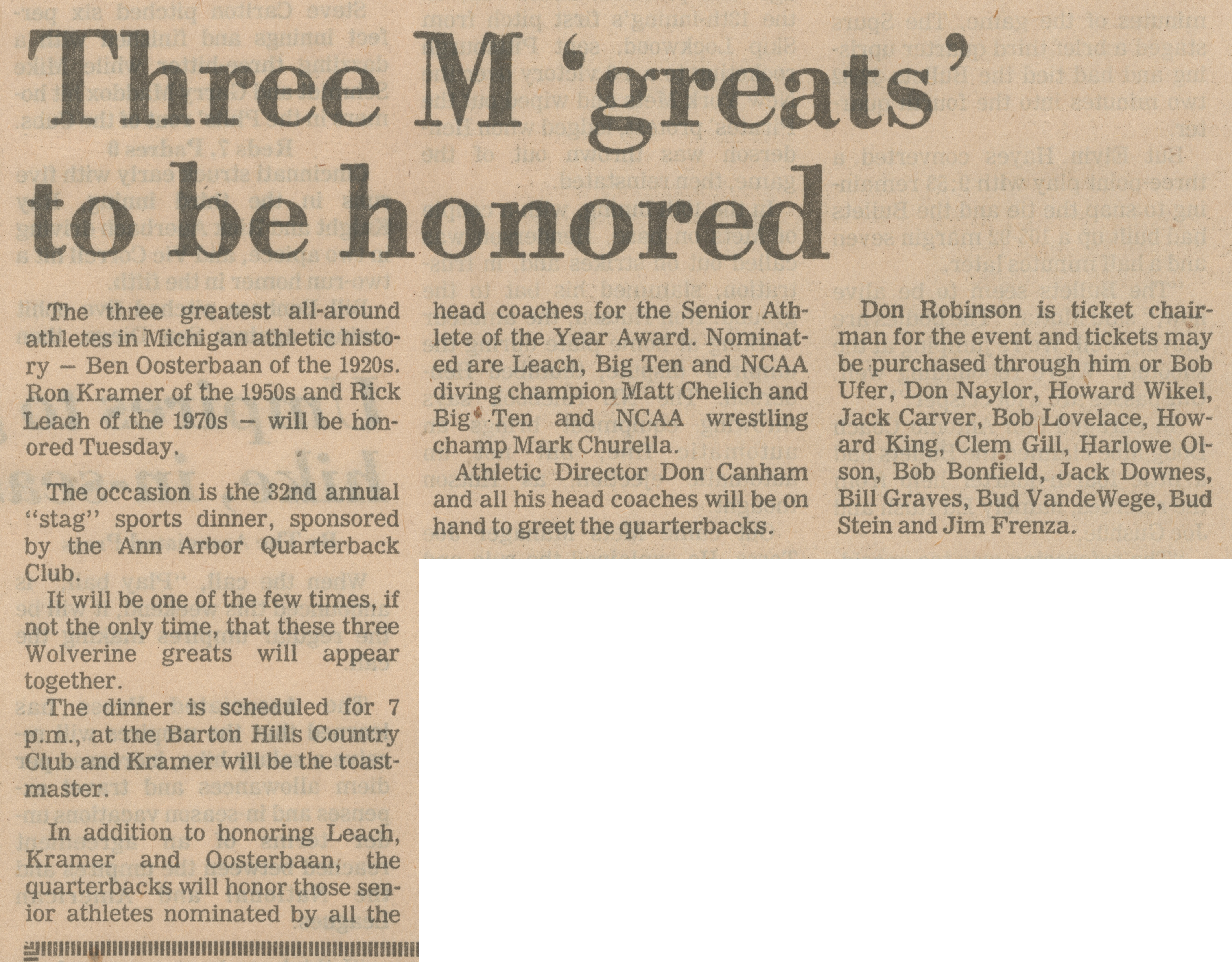 ﻿Three M ‘greats’ to be honored

The three greatest all-around athletes in Michigan athletic history – Ben Oosterbaan of the 1920s, Ron Kramer of the 1950s and Rick Leach of the 1970s – will be honored Tuesday.

The occasion is the 32nd annual “stag” sports dinner, sponsored by the Ann Arbor Quarterback Club.

It will be one of the few times, if not the only time, that these three Wolverine greats will appear together.

The dinner is scheduled for 7 p.m., at the Barton Hills Country Club and Kramer will be the toastmaster.

In addition to honoring Leach, Kramer and Oosterbaan, the quarterbacks will honor those senior athletes nominated by all the head coaches for the Senior Athlete of the Year Award. Nominated are Leach, Big Ten and NCAA diving champion Matt Chelich and Big Ten and NCAA wrestling champ Mark Churella.

Athletic Director Don Canham and all his head coaches will be on hand to greet the quarterbacks.