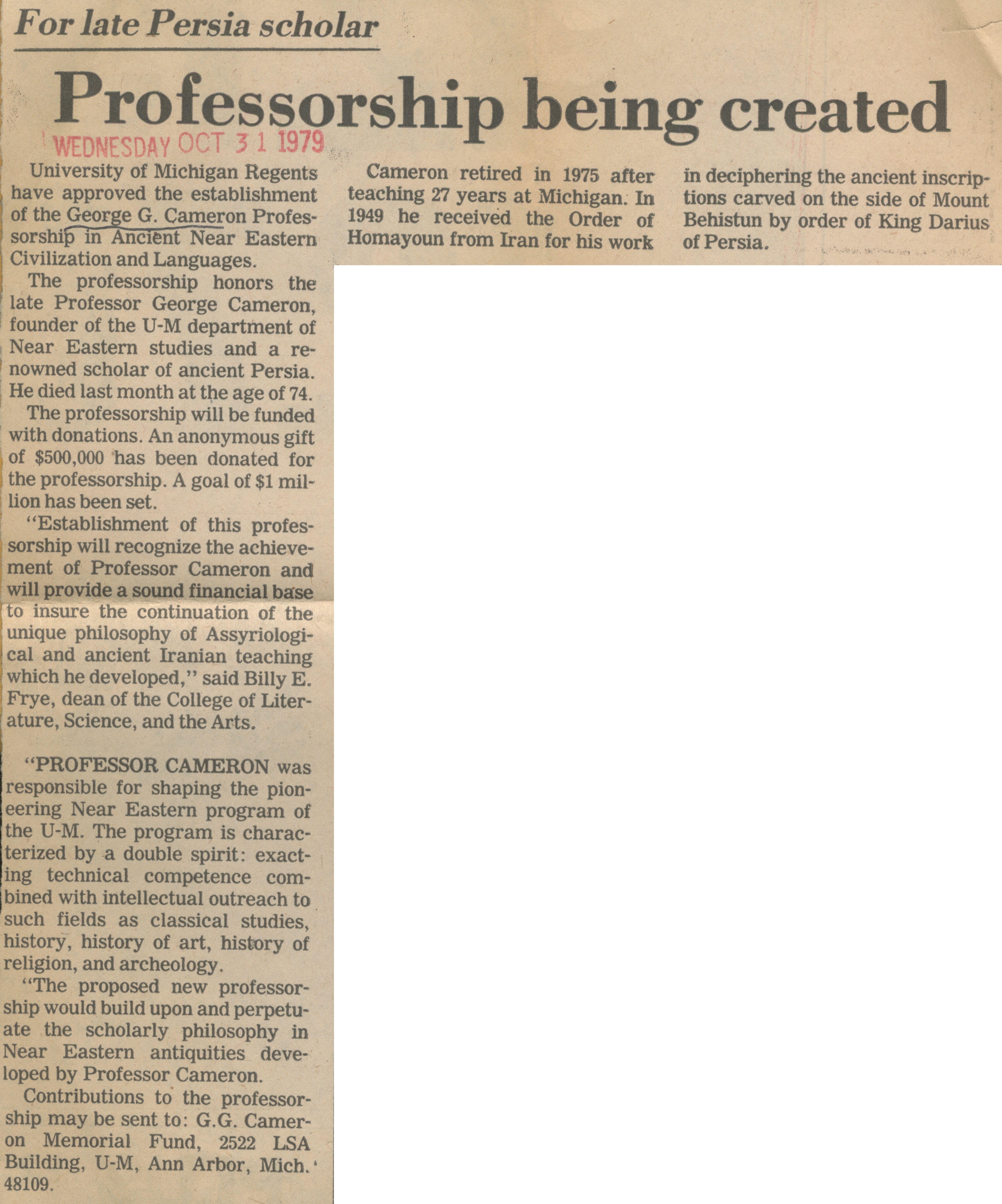 For late Persia scholar
Professorship being created
University of Michigan Regents have approved the establishment of the George G. Cameron Professorship in Ancient Near Eastern Civilization and Languages.
The professorship honors the late Professor George Cameron, founder of the U-M department of Near Eastern studies and a renowned scholar of ancient Persia. He died last month at the age of 74.
The professorship will be funded with donations. An anonymous gift of $500,00 has been donated for the professorship. A goal of $1 million has been set.
"Establishment of this professorship will recognize the achievement of Professor Cameron and will provide a sound financial base to insure the continuation of the unique philosophy of Assyriological and ancient Iranian teaching which he developed," said Billy E. Frye, death of the College of Literature, Science, and the Arts.
"PROFESSOR CAMERON was responsible for shaping the pioneering Near Eastern program of the U-M. The program is characterized by a double spirit: exacting technical competence combined with intellectual outreach to such fields as classical studies, history, history of art, history of religion, and archeology.
"The proposed new professorship would build upon and perpetuate the scholarly philosophy in Near Eastern antiquities developed by Professor Cameron.
Contributions tot he professorship may be sent to: G.G. Cameron Memorial Fund, 2522 LSA Building, U-M, Ann Arbor, Mich. 48109.
Cameron retired in 1975 after teaching 27 years at Michigan. In 1949 he received the Order of Homayoun from Iran for his work in deciphering the ancient inscriptions carved on the side of Mount Behistun by order of King Darius of Persia.