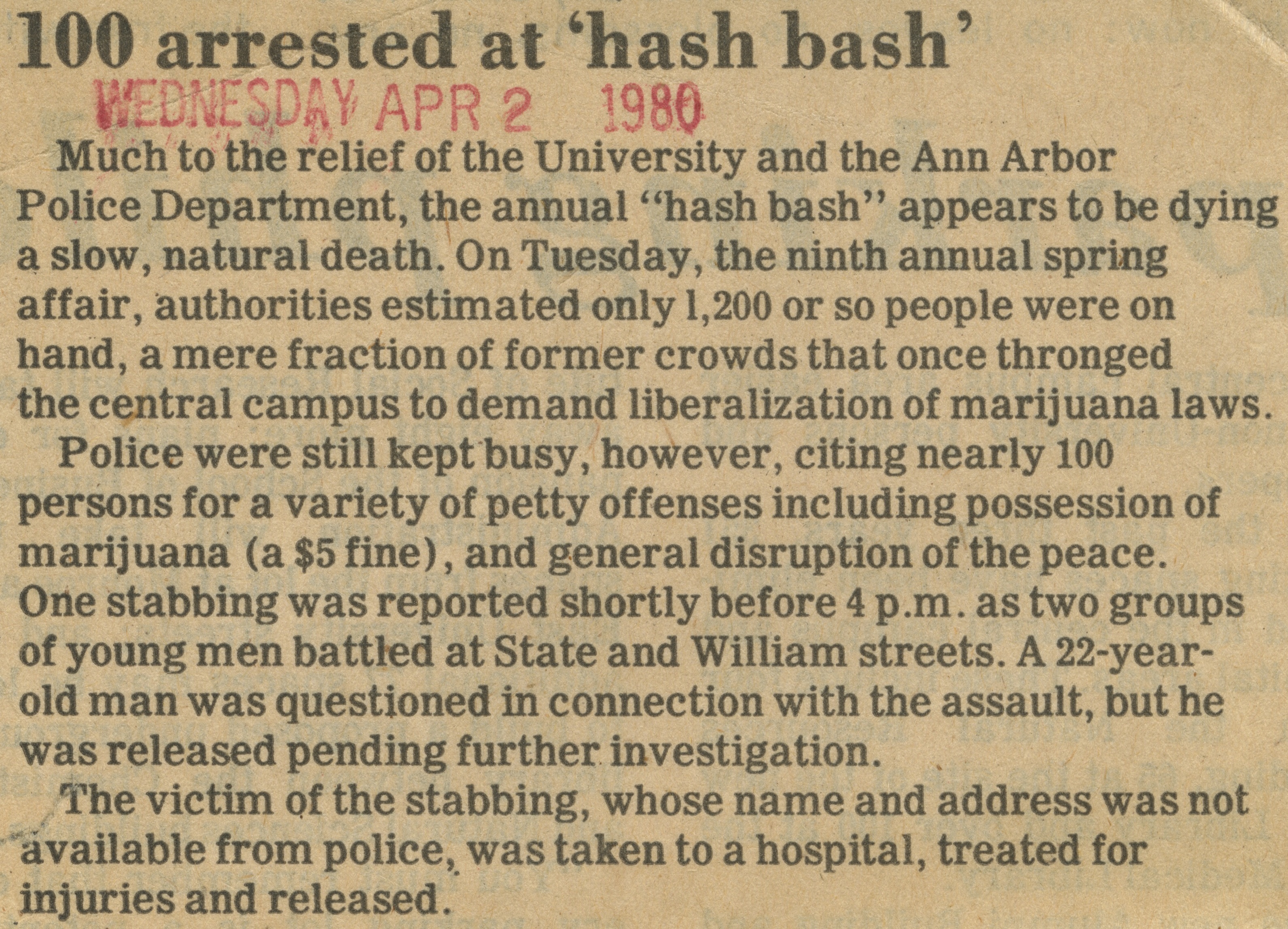 Much to the relief of the University and the Ann Arbor Police Department, the annual “hash bash” appears to be dying a slow, natural death. On Tuesday, the ninth annual spring affair, authorities estimated only 1,200 or so people were on hand, a mere fraction of former crowds that once thronged the central campus to demand liberalization of marijuana laws.

Police were still kept busy, however, citing nearly 100 persons for a variety of petty offenses including possession of marijuana (a $5 fine), and general disruption of the peace. One stabbing was reported shortly before 4 p.m. as two groups of young men battled at State and William streets. A 22-year-old man was questioned in connection with the assault, but he was released pending further investigation.

The victim of the stabbing, whose name and address was not available from police, was taken to a hospital, treated for injuries and released.