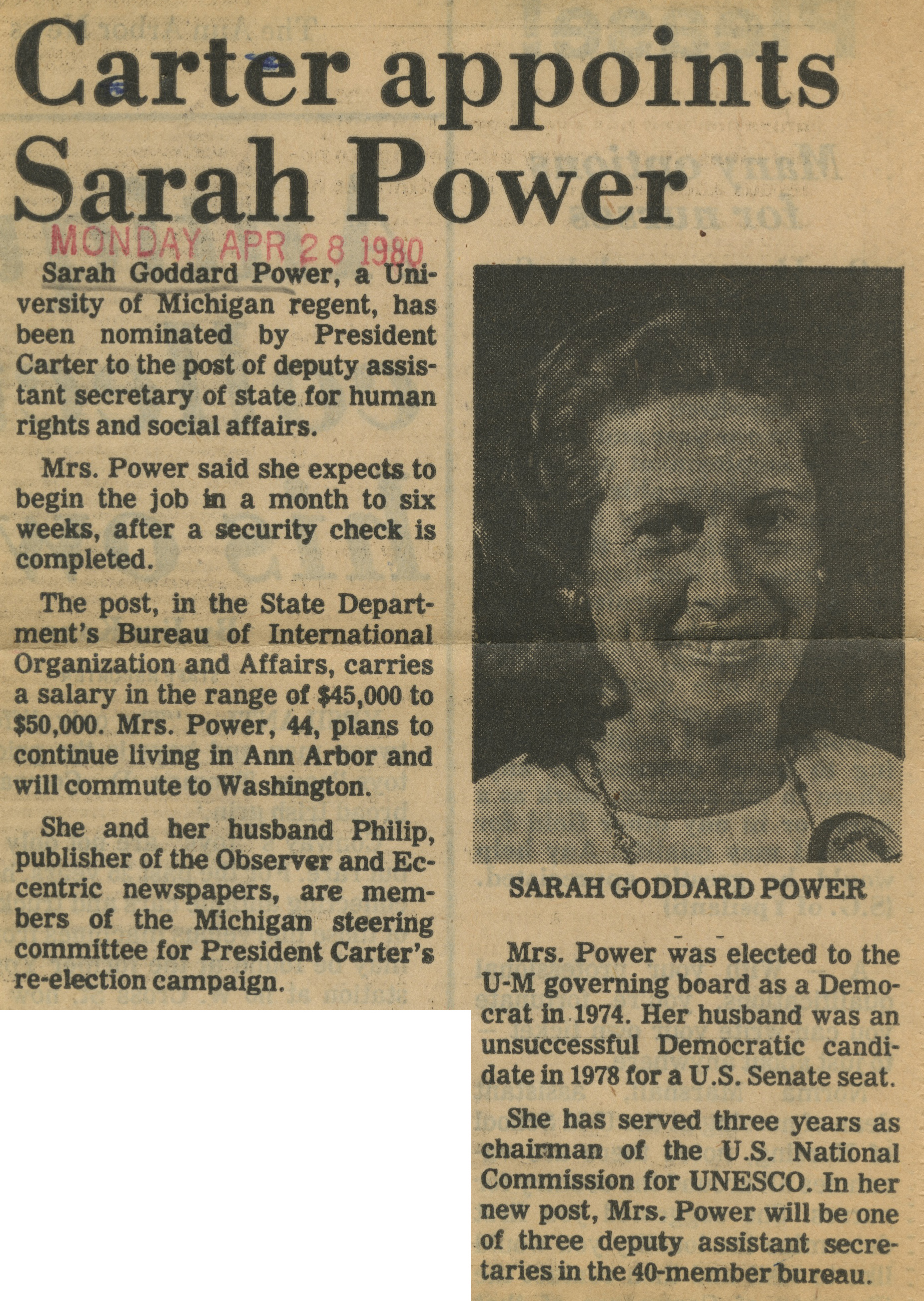 Sarah Goddard Power, a University of Michigan regent, has been nominated by President Carter to the post of deputy assistant secretary of state for human rights and social affairs.
Mrs. Power said she expects to begin the job in a month to six weeks, after a security check is completed.
The post, in the State Department's Bureau of International Organization and Affairs, carries a salary in the range of $45,000 to $50,000. Mrs. Power, 44, plans to continue living in Ann Arbor and will commute to Washington.
She and her husband Philip, publisher of the Observer and Eccentric newspapers, are members of the Michigan steering committee for President Carter's re-election campaign. Mrs. Power was elected to the U-M governing board as a Democrat in 1974. Her husband was an unsuccessful Democratic candidate in 1978 for a U.S. Senate seat.
She has served three years as chairman of the U.S. National Commission for UNESCO. In her new post, Mrs. Power will be one of three deputy assistant secretaries in the 40-member bureau.